Iâm a little upset. Okay, more than a little.

A great injustice occurred in the coverage of the recent World Championships. While the victories of Junâya Iyanaga and the Japanese National Team deserved their time in the spotlight, the equallyÂ impressive work of their countryman Seishiro Ohkubo was almost entirely overlooked. 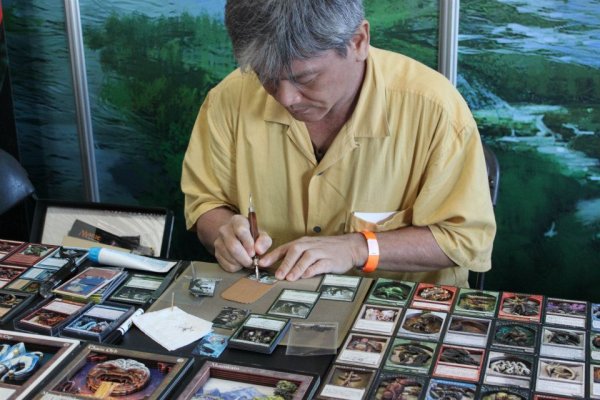 GatheringMagicâs Facebook album of the event has more pictures of Ohkubo and his 3D cards than the official coverage, but itâs still not enough. If you were at Worlds and took pictures of your own, or if you have come across pictures of his cards on blogs or Twitter, please send me links! Iâd like to compile them for people (including me!) to admire and learn from.

Tools of the Trade

In the first article I ever wrote for GatheringMagic, I gave a brief list of the tools I use to make 3D cards. Since Iâm still asked regularly what I use, and since Iâve added a couple things to my list, I thought Iâd start this week by going through my tool kit. 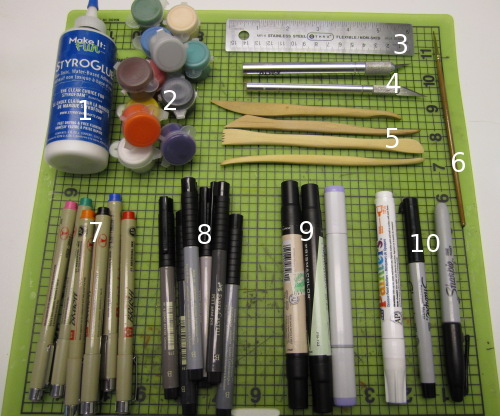 Underneath it all is a self-healing cutting mat. Iâll reiterate that you donât need all of those things to start making 3D alters. Every 3D alterer I know of uses different tools. All you really need to start is a blade to cut with and a pen to color the edges.

As I mentioned, the card I cut up for this week is Imperious Perfect. Scott Fischer did an incredible job on the art for the cardâgood enough that it was featured in Spectrum 15. The full version (about halfway down the page in that link) is especially creepy, with the arms reaching up around the elfâs ankles.

I knew it was going to be a challenge because of the large number of tiny cuts and little details, but itâs important to constantly push yourself to improve.

In my mind, I broke the art of Imperious Perfect into three sections: the tree in the background, the vines in the middle, and the elf in the foreground. Because I thought it was going to be the hardest part, I started by cutting out a layer of the vines: 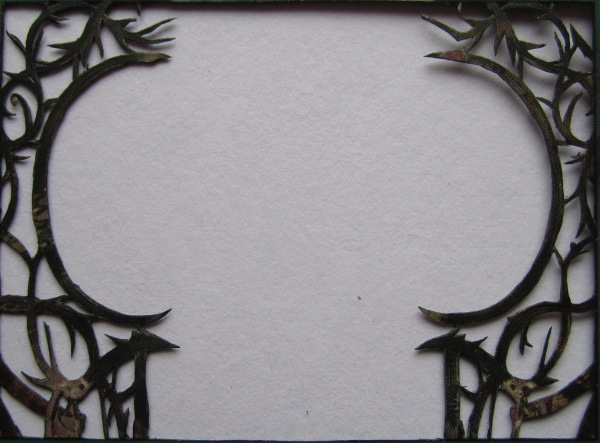 I was hoping to keep the three sections separate, but while cutting the vines, I realized it would look off if I didnât have some of the tree leaves crossing the vines on the left side a bit. I cut a layer for the tree, knowing it would have to be cut more to accommodate that overlap. 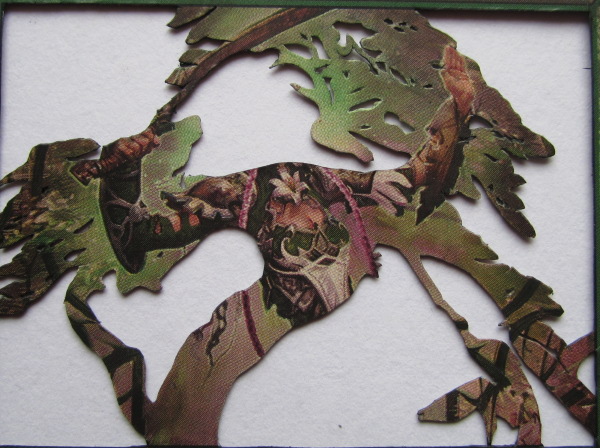 Next, I cut a base layer for the elf: 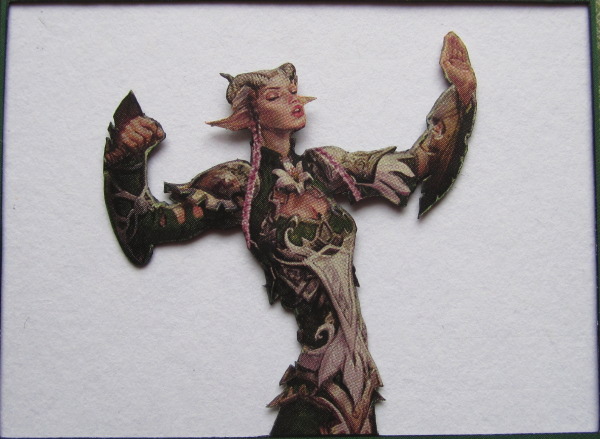 Before moving on, I want to use those three layers to highlight the importance of good edging. By âedgingâ I mean using pens, markers, or paint to color away the white of the inside of a card that is revealed when you make a cut. Edging can make a huge difference in how good a finished card looks. It masks rough cuts and reduces the distraction caused by the bright white cardboard.

The three pictures above were taken after I already edged the pieces shown. Here, you can see what those three pieces look like before and after I colored the edges:

The white outlines on the vines and tree looked even uglier in person than they do in the picture on the left.

Improving poor edging is the most common advice I give to 3D alterers who show me their cards and ask for advice, but I still regularly see new 3D cards that arenât edged well. Itâs not a hard thing to do, and it makes a world of difference. Pleaseâ.â.â.âedge your 3D cards!

Like the Kris Mage I wrote about a few weeks ago, this Imperious Perfect was going to have an abacus in the text box. The abacus cards I make are a bit thicker than non-abacus 3Ds because they need to fit the beads, so I knew there would be a lot of space between the elf and the background. I donât always use paint to hide background elements, but I knew this was a time when it would be needed.

I broke out my paint set and used my mediocre color-matching skills to hide the foreground elements that would be visible in the far background and the tree layer.

If I need a perfect color match I know to call on a professional, but for hiding things in the background, close is close enough.

I figured out early on that the Imperious Perfect figure was going to need a lot of detail pieces to look great. I decided to have her sword be its own layer, leaning back to her hand, so I cut this layer: 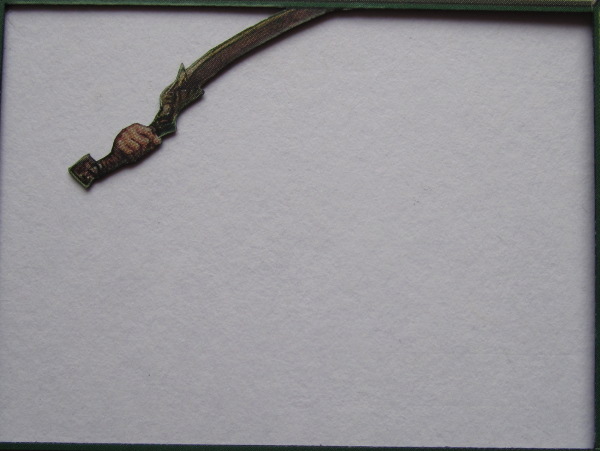 All of the other details were going to be small pieces built on the sword and elf layers. Initially, I settled on these fourteen pieces: 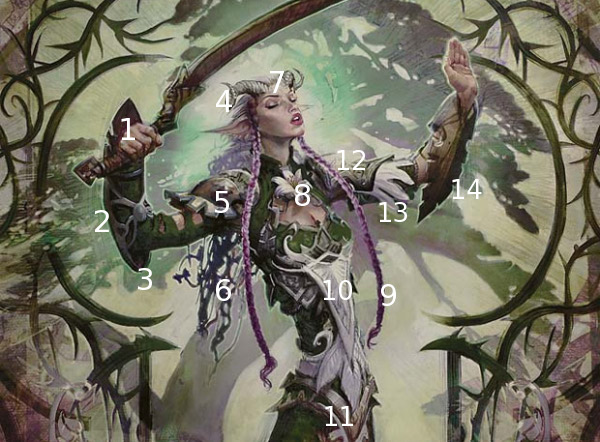 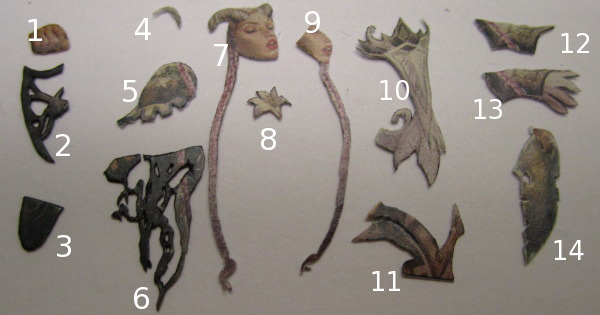 After cutting out those pieces, I realized I needed two more pieces: the tip of her left horn and the middle part of her hair (the purple bunch just over her right shoulder). I shaved the backs off most of the pieces so that they wouldnât be too bulky. I also used my shaping tools on most of the pieces, rounding the face and fist, raising the petals on the flower, and so on.

Of course, the elfâs body needs to have some curve to it as well. I bend and press the cardboard, ending up with this:

To add more depth to the vine gate, I cut another layer with only a few of the vines in it (mostly the ones around the edges). I added that to the main vine layer and bent a few of the tips up or down to further decrease the flatness. 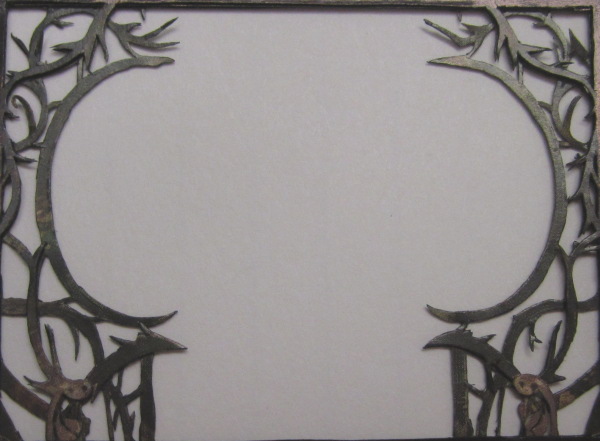 The last bit of work I had to do before assembly was shaping the tree and making it so some of the leaves would overlap the vine gate on the left side:

After completing all the individual elements, I put everything together.

Green border from another card 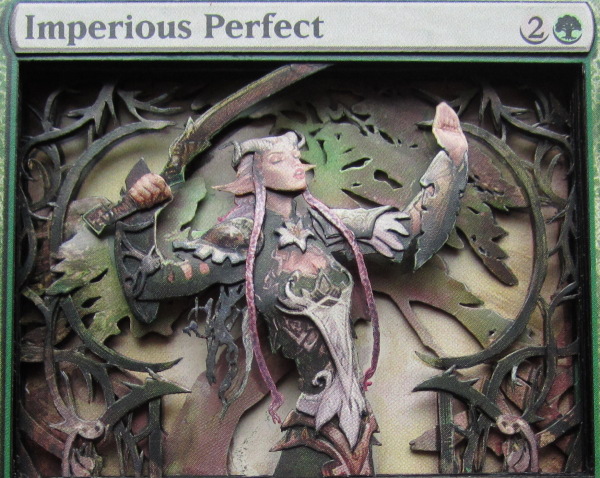 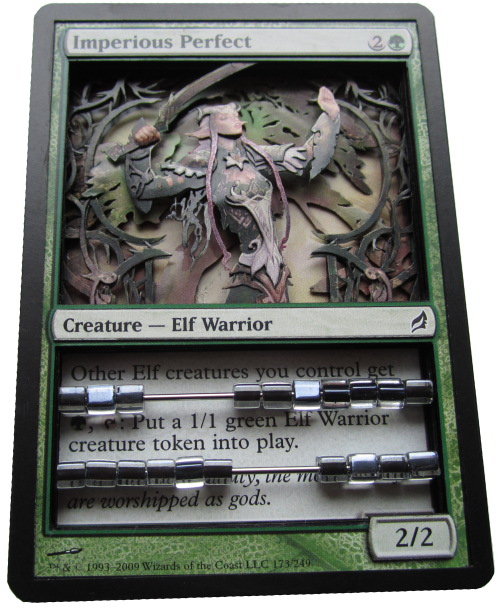 Donât forget to send in your pictures of Master Ohkuboâs work!