The best Magic artworks of 2020 are listed below and each should be nominated for any applicable gaming illustration or fantasy art award, without question. I nominate these for the Chesley Award for Best Gaming-Related Illustration. 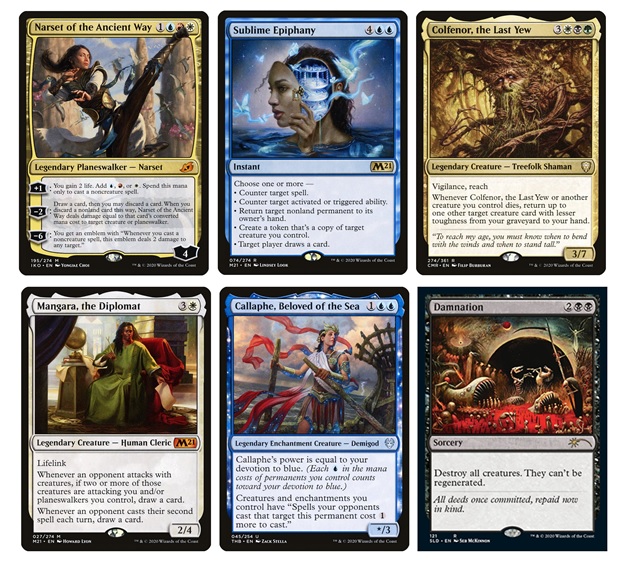 For the Chesley Award for Best Art Director, I nominate: 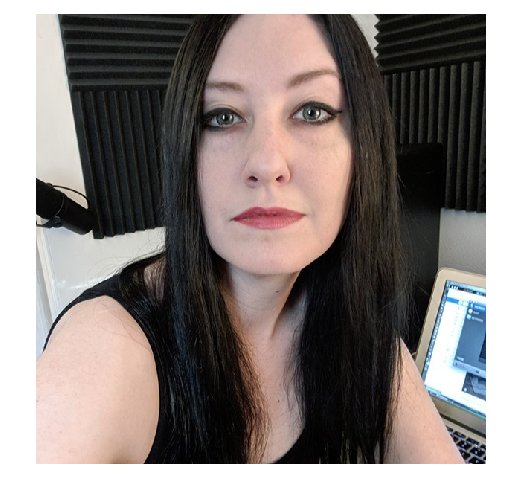 Art direction is a team sport, no question about it. It's very easy to overlook one person's collaborative work as exceptional. In a team effort, she makes others around her better. Working with brilliant narrative designers, freelance writers, with her fellow art director colleagues, she is an award-winning artist by herself, and brings her artists up to and beyond the norm of what is a normal Magic: The Gathering artwork. The whole is improved by her presence being there because her standards are higher; she speaks with experience to raise what is good into a more consistent great.

I am biased here because I know Cynthia, I have worked with Cynthia, and I know she is not out there trying to win awards. That is the exact type of person who needs to be recognized. She is overdue for an award.

Magic went from everything good and some great, to being nominated for awards consistently across the board. In a rapid creation cycle industry of trading card games, she has expanded the perception that everything is digital, encouraging artists to innovate and improve their skills to make more traditional paintings. The collecting community has noticed this and in turn has responded accordingly. It is an ecosystem and she is part of that. The raising of the Magic brand as Art is because of her.

She's also delightful when you meet her. As importance rises, ego often does as well, of who is valuable and who isn't. When you see Cynthia really anywhere Magic is present, she'll make time to sign cards if people recognize her. It's such a small thing, but it epitomizes her impact - passing a signature to coaching up a newer artist, our little niche of fantasy illustration is made better by her and she is fully deserving of being recognized.

Without question, Allen has been influential to the Magic: The Gathering game, but what is more significant is his impact beyond it. He straddled the "old school" Magic game, fitting into that category, and continuing making art, working digitally and even confusing new players with who L.A. or Allen Williams are.

His concept work for Guillermo Del Toro shows his range from Pacific Rim to doing his own successful Kickstater to working on Space Jam 2. He has adapted to change in the industry, rapidly adapted to new commissions, new jobs, and new expectations.

Allen's ability with a pencil is elite. His pencil sketches and his studies for mixed media works are stunningly soft and haunting.

While it shouldn't be relevant, the intersection of freelance artists and health is a constant worry. Allen is living with and battling cancer, and that doesn't speed up his nomination, but it is notable he is still making exceptional work with a major illness.

For the Hugo of best illustrator: 2020 nominations

Best Professional Artist. An illustrator whose work has appeared in a professional publication in the field of science fiction or fantasy during the previous calendar year.

Each artist here is not only making exceptional work on the Magic brand, their quality is consistent. Their fan base, excited with every new artwork released.

Seb McKinnon is the artist turned filmmaker, filmaker/artist, out of Canada with a target on his back as that young buck. My favorite quip from Todd Lockwood is that he never worries about colleagues his age, it's the younger ones with talent that took days instead of a decade to master skill.

His digital work is utterly unique in style, feeling both whimsical fairytale and haunting dreamscape that he has been able to transcend to physical media when he has time in between making movies.

He's driven by family with a need to complete this body of work of films, driven by the untimely passing of his brother. He uses his kickstarter campaigns as fuel for his films, using every drop of hustle and grit to work with the Magic community to realize them. He won't be working with Magic forever, but like a piece of burning magnesium-the shine is bright, brilliant, and impossible to ignore. He is by far Magic's most popular artist on Reddit with them even changing rules such that when his kickstarter playmats come out, people shared them so often they had to ban them.

Ryan Pancoast has been simply undefeated. Everything he creates, he starts from the ground up. Ryan doesn't copy his palettes, he never reuses a composition. As the youth say, he goes hard on everything.

Ryan has really very little time to work, as he has two little kids and it is during a pandemic where he works from home. The sheer quality he is able to put out this past year with such a time constraint is mind-boggling, and makes me hate him just a little bit. I can easily imagine when both of Ryan's kids are older, in school, that his paintings will go from great to consistent masterpiece after masterpiece, until he bores of Magic, and only takes personal commissions with a gallery. It's exciting to watch his meteoric rise and his grapple with being a household name even in our little niche of Magic art of illustration.

She went from doing pretty elves in Magic honed from years of learning to do Lord of the Rings, to doing planeswalkers, the marquee branded cards of the game, to marketing art that millions will see right on the shelf.

Magali's engagement with the Magic community at large, not necessary but becoming more the norm, is heartwarming, seamless, and industry leading on her work with cosplayers. She is making space for herself in the community as an artist friend and brand that will be emulated by artists after her.

Finally, she has a Midwest sensibility of hard work, head down focus and I have yet to see her win multiple American art awards. She needs to be recognized and applauded.

Chris Rahn is the artist's artist. His control of values is unparalleled and when you ask him about it, it is simply innate. He is a warlock that always had the magic within him, and they've just always had it.

In our collector circles of magic art, Chris is one of the names of someone that you need to get a painting of or your collection is not complete because every single one is quality. I've heard him talk about his average when he looks amongst his body of work. He talks about his average work not the planeswalker or the marquee illustration where you have to go hard or you're not gonna get one again, no. He talks about the common, the marginally playable card. Because anything that Chris Rahn touches, the card becomes high-quality because he touched it, and you have to assume in the game that the card is good because he was commissioned for it. They wouldn't waste his talent on a meaningless card. It's often a shorthand for players to know, "oh this card needs to be tested, this card needs a closer look because Chris did it."

He is synonymous with high-quality Magic art, though the greater illustration public should know him better. Here is one way - nominating him.

Greg Rutkowski: Bringing Polish art to the forefront of what's contemporary popular, Greg is visual shorthand to what you should expect out of an entire region of artists, no pressure.

He started in Magic with high contrast lit rares, then was tested in all kinds of major Magic assignments from highly playable lands, to dragons, planeswalkers, and highly played card staples of decks. There was never a risk to give Greg anything difficult, anything that will be highly visible in the game.

I personally love his texture and brushes to bridge that gap from concept art and studies, honed and perfected to the highest level of artmaking in our little corner of the art world. When you have to do double takes to see if a painting is on canvas or just painted well digitally, I shake my head and just smile at Greg's work.

This article is to help two groups, voters of the Hugo award for Best Professional Artist and members of the Association of Science Fiction and Fantasy Artists (ASFA) who are nominating Chesley awards.

These awards go to a variety of artists for covers to gaming, and everything in between. Having a Chesley and a Spectrum Gold award covers the bases of jury-selected and fan nominated great art. Earning a Hugo is more of a "best artist of the year," compared to the lifetime achievement award at Spectrum.

As both awards rely on nominations, Magic art has been a bit random in its nominations. With over 1000 new commissioned images, I felt compelled to help make a short list.

The art applicable is all of the following Magic sets: 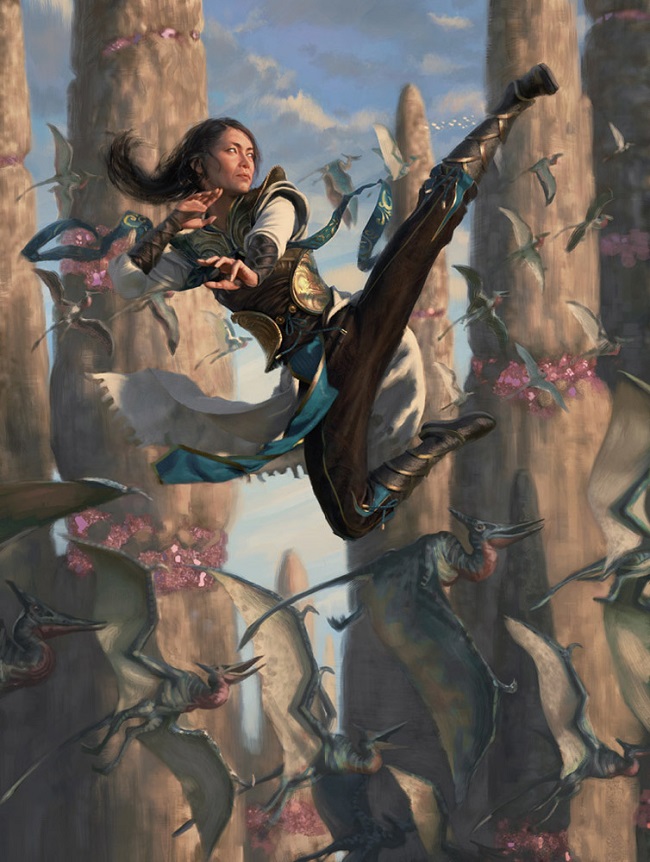 Narset of the Ancient Way by Yongjae Choi 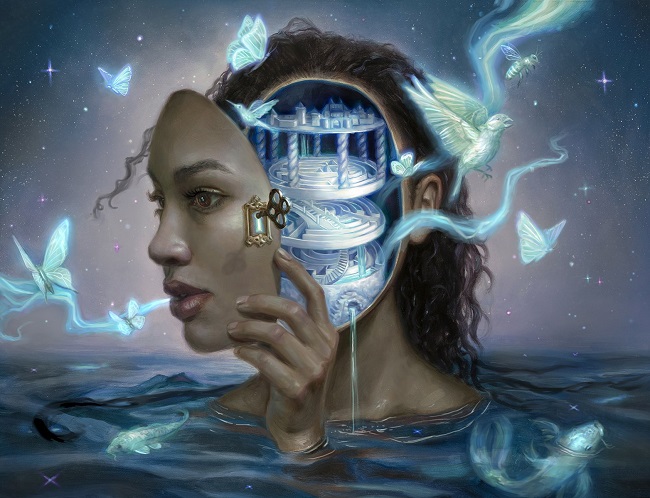 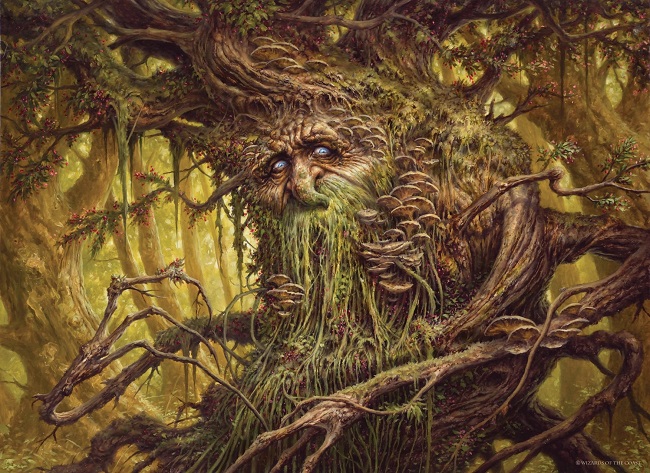 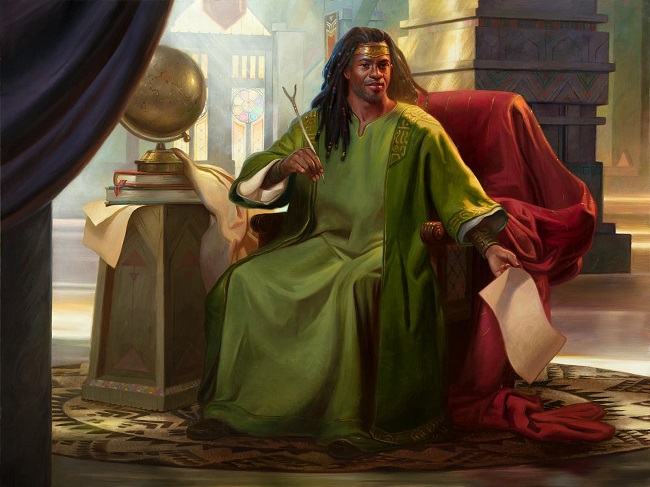 Mangara, the Diplomat by Howard Lyon 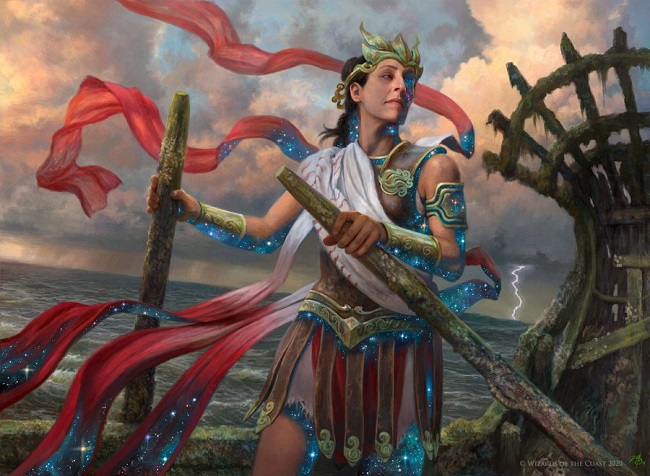 Callaphe, Beloved of the Sea by Zack Stella 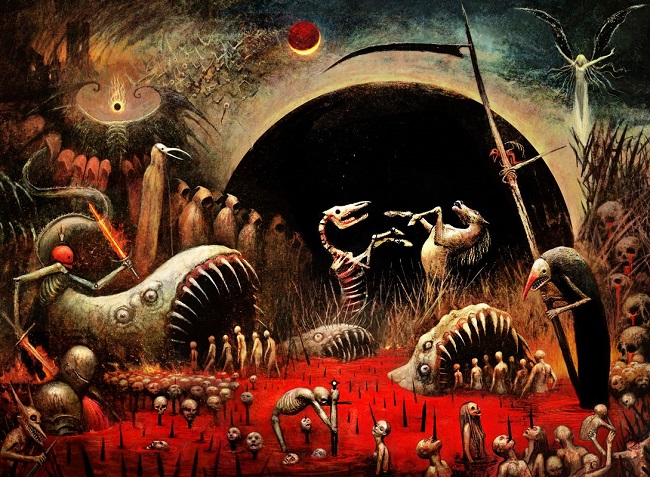