MTG Dogs is back again for the third consecutive year.

What is MTG Dogs?

March Madness is the NCAA basketball bracket for the national championship, complete with #1-#16 seeds battling it out in a single elimination tournament.

Magic Twitter, a community of content creators, personalities, influencers, pros and the every player, take part in simple A/B polls on which dog they would like to move on, and over the course of twenty-four hours, a dog wins. 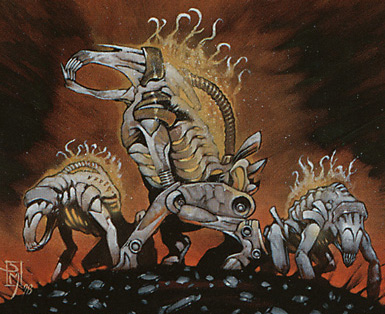 We have seen a former Magic pro and Hall of Famer Brian Kibler's dog Shiro win in the first year, a tie, and an adorable Corgi named Pippin win last year.

Choose your dog, write down their quality wins and upsets over top rated puppies or oversized sticks, their strength of schedule, and, submit here.

Selection Sunday is March 8, with all submissions needing to be in by Friday, March 6.

May the goodest dog win.

Gwafa Hazid, Profiteer felt like a new dog commander to me that fit thematically. He is not a dog tribal build like Saskia from last year, but rather built around the theme of calming down angry dogs, who are just confused who you are. This is a pillow fort, "calm down there good dog, deck." 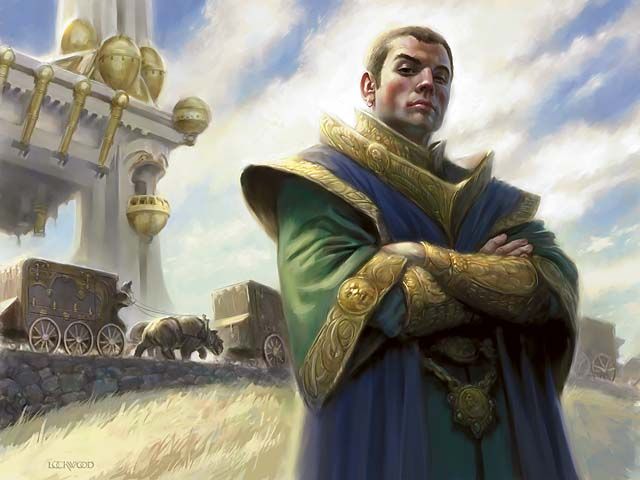 You can see some dogs in here, like Moon-Eating Dog, Chakram Retriever to Akroan Mastiff. They are all defensive in nature like Guard Dogs. However, there are some humans who stop people from petting their dog, but also to tap down, ie pet another dog. It builds on the pillow fort feel, with a win condition of flying over with Isperia, or Azor's Elocutors announcing that all dogs are good.

The enchantments are the invisible fence around your yard to prevent your chihuahua mix from mixing with a neighbor's dog. They prevent "un" Controlled Instincts, put things to sleep, and by governmental decree, tell folks to not poop in your yard. And of course, if someone is mistreating their dog, you can create an Abduction, though it is a last resort if your Sphere of Safety is being imposed upon.

Sometimes dogs be talking and should be told to quiet down. Or you have to veto your friend's bad training skills.

Dovin's hand is made for petting, just as the boy planeswalker is there to make protective walls so only he can pet his dogs.

Act up and you get sent into Barl's Cage. At least you will have a water bowl in there with the Font of Mythos, though there is a narrow Crawlspace to get out, complete with Tangle Wire.

Too much barking? Quiet them down. Spray Aether Gale water on them if you must.