Battle for Zendikar is here but our experience with it is just starting. Thanks to the unique opportunity the 2015 Magic Community Cup provided, I had the chance to play with the set before almost any other player in the world. It was pretty fun.

More importantly, I was able to talk to a few of the folks that helped bring it to life. 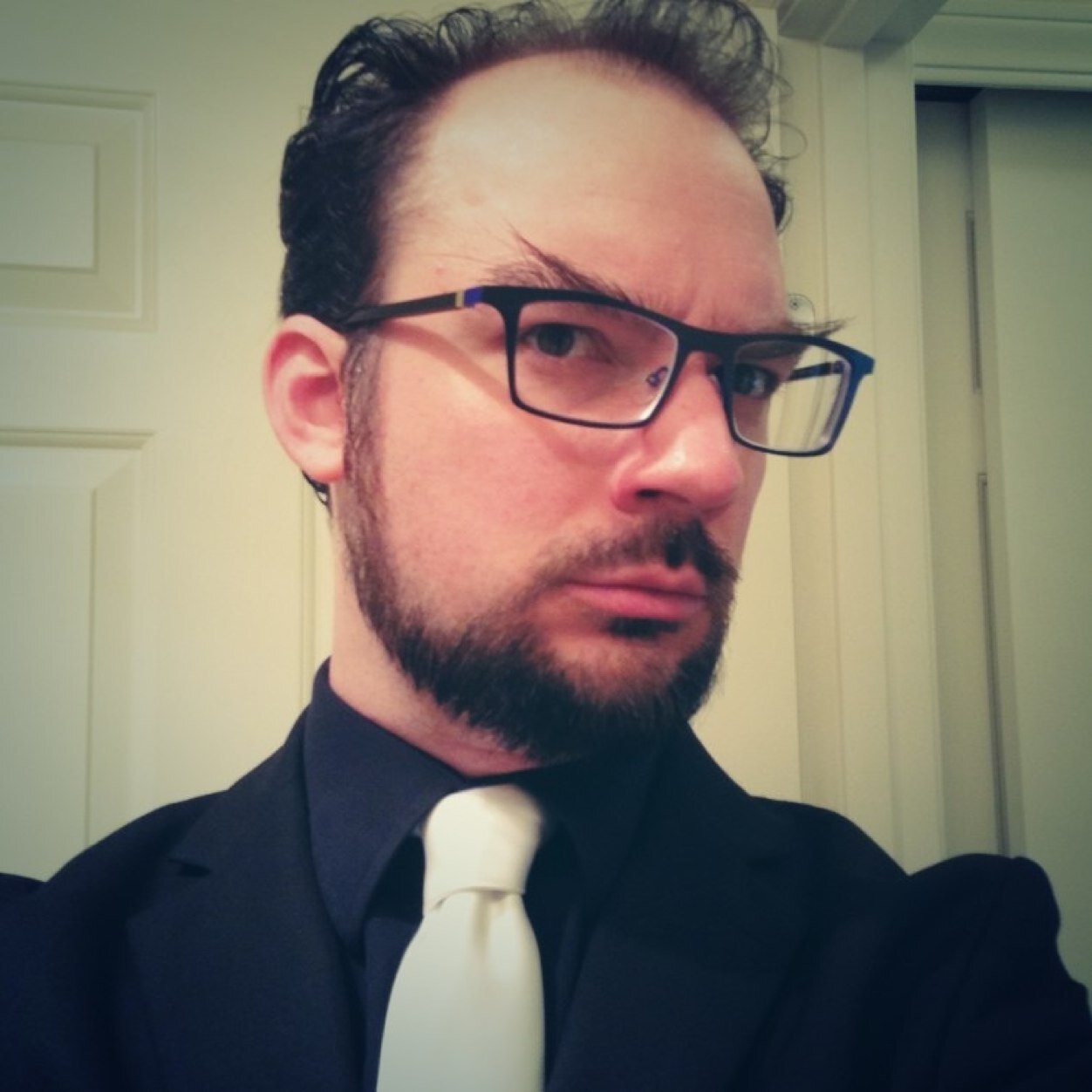 Shawn Main got his foot in the door of Wizards of the Coast as the finalist of the Great Designer Search 2. He quickly moved up from there.

Shawn Main is someone Iâm pleased to consider a friend: Weâve jammed games of Commander after PAX, shared drinks at the old style PAX parties and found mutual appreciation for the things heâs helped create in Magic.

Itâs hard to avoid his work: Heâs become quite prolific in the years following his start in R&D.

âThe two big things Iâve done are lead the design for Magic Origins and Conspiracy, the latter very much my baby,â Main said. âIâve been on various other sets over the years too. I was on the development team for Battle for Zendikar and did some of the âexploratory designâ for it, looking at the big picture stuff and mechanics before the design team even comes in.â

Mainâs position for Battle for Zendikar was unique since he served on both the design and development teams, acting as a bridge between designâs goals and ideas and developmentâs polished execution and experience.

âWe deliberately put a developer on each team and a designer on each team. They have different skill sets and you want those firing at all times. Design creates and development iterates on that,â Main explained. âTheyâll kill lots of cards and have lots of holes, and you want a âblue sky mentalityâ there ready to try new things. âHereâs this crazy idea!â or slotting in ideas rapidly: Throughout all the processes we want it integrated.â

âIn the future Iâll be leading more. Personally as a designer it is great to see both sides of the process. There are very tangible things development does â the way they look at archetypes, the commons and uncommons â that you can bring back to design so you can properly set up a file later.â

While we now know that Battle for Zendikar is the beginning of the new two-set blocks, that wasnât the case when Main and the rest of the design team returned to Zendikar.

âBattle for Zendikar was a really interesting set from a design and development perspective. We were going back to the world and wanted to draw on whatâs already come before it. What came was this huge spread of stuff: Zendikar was really fast and Rise of the Eldrazi was beloved as this quirky and slow set. Synthesizing this led to things butting heads,â Main said.

âBattle for Zendikar is just full of stuff. Thereâs tons of mechanics and itâs made a very high synergy environment. If you wanted to ramp into Eldrazi we wanted you to do that, the Allies needed synergy too, and so did ingest and processors â all these mechanic that play different needed to work together. The biggest thing is we ran with all these themes and seeing overlaps was the biggest challenge. It pulled in more directions than most sets do.â

My initial impressions, as well as reviewing all of the commons for potential additions to my Pauper Cube, led me to an inescapable conclusion: Battle for Zendikar felt complicated. Main didnât beat around the bush on that point.

âThere are a lot of different types of complexity: Strategic complexity, the number of words on cards, is one. Itâs something we take very seriously since we want the game to be accessible for all players. Complexity in Battle for Zendikar is high,â Main said. âSome of the mechanics we worked on for a long time to get them exactly right, to get them as understandable as possible. Devoid is a great example: Youâre paying blue mana and getting a colorless creature so the synergies are there, but getting the card frame right and getting everything as understandable as possible was our challenge.â

âThe complexity is really fun for the established audience, we just need to make sure itâs accessible to the slightly newer players too. The things Iâm most excited to see are the reactions to the Eldrazi and the crazier parts of the set. The âaliennessâ of the Eldrazi is something we worked on. âHow do people like those elements?ââ

âIâm excited by that,â Main continued. âWhen you design you often start at the crazy place â if that works itâs going to be really, really good. Itâs often stepping toward more sanity. Early in design we tried to capture that alienness by looking for things that were really, really crazy, but you need to find the kernel of those things. Void Winnower was a big mechanic and was a thing we played around with for a while. âOdd numbers matterâ was a thing that was cool but not for a whole mechanic: It was cool for one card to capture that really quirky thing. You just keep iterating until things look like Magic cards. Development will come in to push things around, send your cards and mechanics through a crucible: The thing we called âhungersâ in design became caring about things in exile and the processors. Itâs a machine that continues through to the end product: You pour in the Eldrazi ideas and out comes anti-landfall and devoid.â

The mix of mechanics covers the breadth of Magic design. Awaken, like many other mechanics, is just a narrow form of kicker. Ingest is a saboteur trigger thatâs been given a keyword. Landfall is among the most well-regarded mechanics of all time.

âI love landfall. I think itâs one of the top five mechanics ever made. Play lands â âOh cool! I was going to do that anyway!â With the fetchlands in Standard you get all sorts of trickiness too,â Main said. âThe set as a whole was really interesting as well. Weâre doubling down on story. Weâre particularly trying to get pivotal moments of the story in there. Magic Origins got to play around with it a little bit. Itâs a little different when it comes to a set with a lot of different things that need to pay off. Getting those cards in there and seeing the audienceâs reaction to the narrative on the cards is great.â

Getting the Story Across

Capturing Magicâs storytelling isnât a new challenge for R&D in the sense that itâs well-worn ground thanks to the Weatherlight Saga: Magicâs first attempt at serialized story-by-sets. When that ongoing tale wrapped with Apocalypse, the game pivoted to blocks with self-contained tales exploring new locations and characters.

âFor a long time we were telling more environmental stories. Mirrodin block is a good example: Youâre seeing the whole plane shift. Weâre going back to these characters and following them. Uncharted Realms is bringing more people into the story than we ever expected with is really cool.â

Thereâs more than story to cover too. The rise of Commander and enduring popularity of Eternal formats â Vintage, Legacy and Modern â ask design and development to look at a myriad of things the sets will impact.

âCommander comes into the design because it exists as an expression of casual Magic. Itâs not everything but itâs really good for showing off big, splashy kinds of effects that are exciting. Legendary creatures are sometime made with an eye toward Commander,â Main said. âTheyâre such a balancing act of getting this character right for the story and getting it right for Commander and figuring out where those cards live in Standard. Particularly with this set we had this point in development where things were moving and more eyes were on things. I was saying âI want to make sure we have legends that embody some of the mechanics.â Thatâs where Omnath, Locus of Rage came from: You have the pinnacle of landfall. Then creative came in and connected it to the old character.â

âThe biggest thing we have to be vigilant about is protecting Standard, Sealed Deck, and Draft; but, we definitely have to make sure there are cards with casual appeal. Thereâs still an eye toward âIs this going to cause something miserable to happen in Vintage or Legacy?â and weâll let things go sometimes. The biggest thing we put lots and lots of effort into is making Draft and Sealed work, and making sure casual will work.â

It requires patience to see the results of that work pay off, when the rest of the world gets to see a set youâve worked so hard on. After a year-and-a-half wait, Main is thrilled to finally see how the return to Zendikar will unfold for the rest of us.

âItâs a set Iâm really excited to see in the real world. This was just such a ringer of a process. When we were working on the pre-design, it was a three-set world. Getting the narrative to work as two sets was very different from how it started,â Main said. âThere are so many things pointing at this as the first two-set block, the first with the story really integrated throughout it. Itâs this battle thatâs a throwback to various beloved elements. Iâm really eager to see how itâs received. Itâs a test bed for the creative things weâve doubled-down on.â

Three sets made into just two with a return to the in-line creative and odd complexity that hooked me when I first got into Magic : Battle for Zendikar is exactly the way I fell in love with the game. While Shawn Main gets to see how the rest of the world reacts to the new twist on old design, Iâm going to be keeping my fingers crossed that the latest turn in Magicâs road is one that leads to even greater heights.