Too often when talking about card selection in casual, we leave out what is most critical: the element of fun. It is more subjective than power level but must be respected in all its varieties and nurtured in our own deck-building. One person at my local shop who did none of those things almost made me quit Commander before I had begun.

I had read my first guide to the format and decided to brawl with Xenagos, God of Revels. He would give my fifty-cent Dragons the hasty enthusiasm needed to bring the fire to my opponents. With this deck, I could relive the joy of bomb rares I battled with in Draft. I rubbed my hands, eager to secure my last few fatties. Big creatures arenât good in most Constructed formats, but in Commander, theyâre the life of the party.

âYouâre wrong,â the guy at my shop told me. âThe only choice for Gruul colors is Wort, the Raidmother.â

While this statement makes him appear to be an arrogant ass, whatâs truly clashing are our definitions of fun.

My fun: Attacking with Dragons, Hydras, and titans, oh my!

With our goals in mind, our respective commanders make perfect sense. For him, Wort, the Raidmother may be the best choice for a Gruul deck. Why settle for one Boundless Realms when you can have two? Never enough cake!

Or it could be that he defines fun by winning. He believes playing with a warty Goblin auntie gives him the best odds. The problem is that he could increase his win percentage even more by playing any other format. Multiplayer Commander has high variance and more heads hungry for victory. And Commander doesnât celebrate wins with a match slip.

When I play Commander, I do want my decks to have a battle strategy. I would like to triumph in at least twenty-five percent of my games. However, I can win at having fun a hundred percent of the time when my deck succeeds at amusing me. Though Iâve written about the party plan of my Xenagod deck before, Iâll include the strategy below for comparison.

My battle plan: Each card should interact with an opponent or kill herâor both.

My fun philosophy: Attacking with Dragons, Hydras, and titans, oh my!

When deck-building, I will choose cards that satisfy both deck agendas. The diversity of Magic cards printed can support most any whim. The sheer number of choices can also paralyze us, such as happened to me when trying to design a list for Grimgrin, Corpse-Born. I could only narrow down my selection after defining my goals.

My fun philosophy: The flavor of every card should immerse me in the world of Innistrad.

The dark-chocolate-Gothic setting of Innistrad brought me back to Magic. Now I cosplay as a character from that plane, Stitcher Geralf. He is a visionary who recycles unneeded corpses into true greatness, for science! 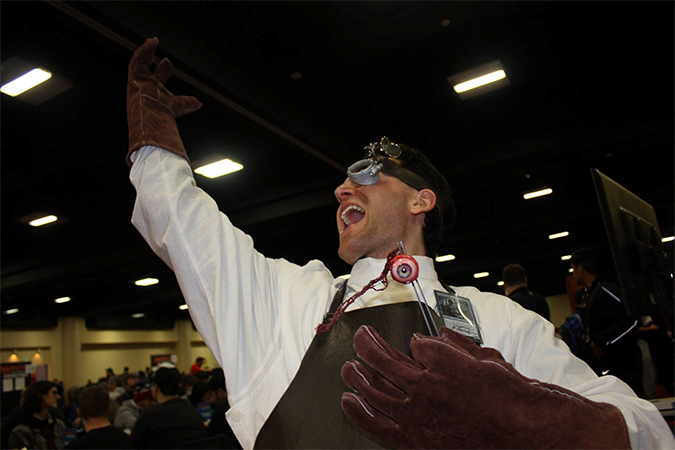 I wanted to cobble together a deck featuring his finest creation, Grimgrin. The color identity allows Stitcher Geralf to play alongside his sister and rival Ghoulcaller Gisa.

âDear sister, I named Grimgrin after your face. Like all things, it is improved by science.â

Yes, the twins donât often see eye to eye (no matter whom the eyes originally belonged to). But Geralf and Gisa will set aside their differences if the cause is worthy enough, such as sieging Thraben to free all the corpses trapped in its sacred grafs.

If my scheme succeeds, I will play the deck in costume at Grand Prix Albuquerque. Christine Sprankle will be there as well as Ghoulcaller Gisa. Nothing would be more flavorful than us trying to play the deck together and arguing.

And speaking of strategy, I couldâve chosen many of various delicious graveyard plans. I went with the one that seemed the most evil.

My battle plan: Kill the opponentsâ creatures with Grimgrin and bring those darlings back from the dead

Armed with my two deck-building agendas, I performed surgery on my options and created an abomination of which I could be proud.

Defining my own fun does more than assist me build decks that Iâll enjoy. It helps me win. By pursuing my own bliss, Iâm less likely to use stock cards that Commander players have learned to fear and loath. They will see that Iâm enjoying myself with original strategies, and theyâll be less likely to attack me out of the game.

I will go more into the politics of power next week. For now, I will also point out that defining our own fun can give us more victory conditions. We donât accumulate match-win points in Commander so much as epic stories. I write these down. I even take pictures, and itâs certainly no vainer than snapping a photo of my food. 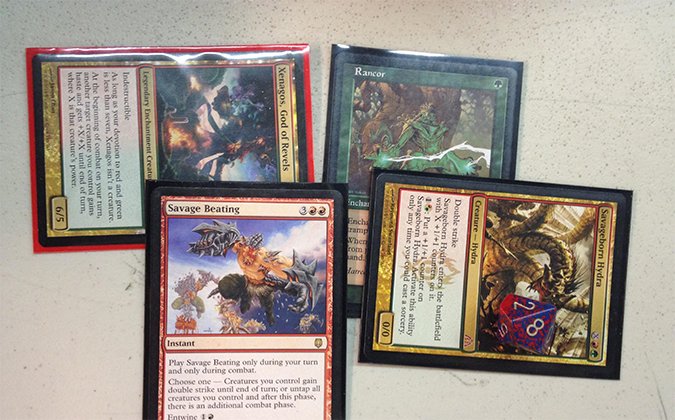 My enemy was feeling well protected with his 40/40 Serra Avatar. I cast Rancor on my Savageborn Hydra and pumped its power to 10. Then, Xenagos doubled it to 20, and I killed another opponent on his. I then cast Savage Beating, untapping the Hydra. Xenagos activated a second time, redoubling its power to 40, and the double strike damage was enough to trample over his Serra Avatar for lethal.

I also play with Varchild's War-Riders. In one game, a token Iâd given to my opponent was equipped with Sword of Fire and Ice and Umezawa's Jitte. That 1/1 survivor stole the win. And in my heart, I felt Iâd won as well.

Any mundane Standard player can win a game of Magic, but in casual formats, we can create secret victory conditions. These can be anything we decide. Iâll list a few below, again for my Xenagod deck.

Achieving a secret victory condition will give me even more of a rush than forcing all my opponents to concede. Casual formats are about making our own fun, and let no one say one way is any more valid than another. Thereâs no match slip to prove anyone wrong. 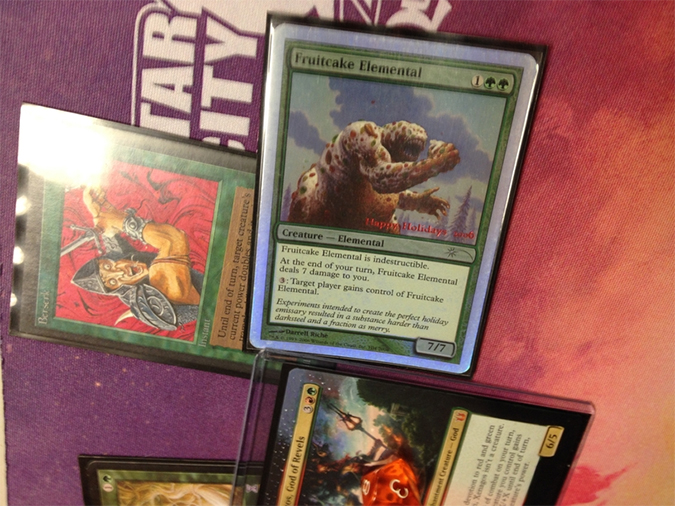