All living beings share one exquisite thing in common, and it is fear. Delicious fear, of a child lost in the woods. Rich fear, of a king dragged toward the guillotine. And triumphant fear, of awaking from a bad dream only to be jump-scared by another level of nightmare. Ashiok savors it all, and to them, it's the purest form of worship. 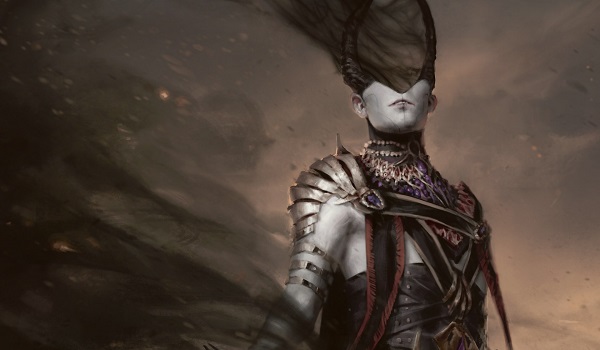 Ashiok uses the singular pronoun "they," not because they identify as nonbinary so much as they love mystery. We know nothing of their origin, not even their home plane. Ashiok prefers keeping us in darkness. We should see nothing, hear nothing as they come closer, and feel their long, cold nails scratch the back of our necks.

Today's Oathbreaker deck will keep our foes in the dark. In this casual multiplayer format, everyone starts with twenty life, fifty-eight cards in their library, and a Planeswalker and signature spell in the command zone. As long as your Oathbreaker is in play, you may cast their sorcery or instant spell, taxed two more each time.

Ashiok, Dream Render is most often paired with the signature spell of Exhume, for reanimation, or Glimpse the Unthinkable, for milling. But why should we ever be so obvious with our signature spell? No, this decklist will have Glimpse the Unthinkable face up, but we'll use it to mill ourselves to enable Exhume and delve cards hidden within the shadowy intricacies of our deck. This list below is budget, with more pricy options to follow.

With this deck you could mill someone out, stripping away the last of their sanity and leaving them a dribbling heap of despair, but your foes have less reason to fear losing that way. Fifty-eight cards is still quite a few, and your opponents are less likely to target Ashiok if they think you're a mill deck. That said, they still may have no choice but to attack your Planeswalker if the static ability is trapping them like sleep paralysis. In more casual playgroups you may be better off choosing an Oathbreaker of Ashiok, Nightmare Weaver.

The deck relies on deception for initial protection. Cards like Rotting Regisaur and Sinister Concoction can scare away opponents from attacking Ashiok, while also providing a discard outlet, but you will want to lull your opponents with a false sense of safety. "Milling is a tough way to win, but I can't help myself." Or you might say, "Milling is great in Eldraine Draft, but it's tougher in Oathbreaker." "I promise not to target you with my signature spell if you don't attack me." Then, when you untap with Ashiok in play, surprise the table by targeting yourself with Glimpse the Unthinkable.

After you have opened your own mind to the blinding terror of the universe and tasted the heady vintage of existential dread, then you can sublime in the starstuff of divinity. You can delve away your graveyard for a Treasure Cruise. You can Exhume an expensive creature that same turn. Or with threshold you can cast it outright with Cabal Ritual.

Fill your graveyard with treasures; access the noncreature spells with Mission Briefing and the creature ones with mass reanimation spells like Living Death and Entreat the Dead. The latter you can set up with Scheming Symmetry and, if you own it, the more expensive Vampiric Tutor. If you have the ability, you can add more pricy cards below to this deck, but if you can't, don't worry. You don't need to resort to graverobbing to have fun in multiplayer. (After all, graverobbing is its own reward.)

Of the above cards, the first one I would want is Jace, as he enables all your graveyard synergies. Next, I would hunt down Mana Drain, as the powerful counter gives you another way to hard cast your most expensive creatures. It's costly, but if money is no object I would also covet the IDW Comics promo Duress. 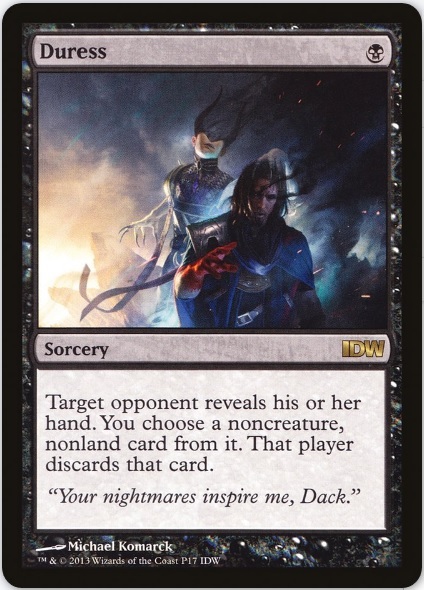 In the story, Ashiok plotted to entrap all of Theros in a never-ending nightmare. That meddler, Dack Fayden stole away Ashiok's grand dreams. Ashiok had made a pact with Phenax, God of Deception. You can guess the two had much in common. Ashiok drew on the fears of mortals overshadowed by deities. For a time, Ashiok reveled in Theros's terror, but in the end they left the plane.

Ashiok, Dream Render appears in War of the Spark as a card but not in the story. Likely, the Planeswalker was drawn to Ravnica by the beacon but held to the shadows, drinking in the planar panic. They maintained their mystery.

You will be able to reveal your own grand scheme with a cackle, returning from the graveyard monstrosities like Void Winnower. Feel free to include your favorite fatties. The most powerful, Griselbrand, is sadly but reasonably banned in this casual format. But even if the big demon were legal, I would be afraid to play the most iconic reanimation spell, Reanimate. In Oathbreaker, the life loss is very meaningful. Bringing a big creature to life with Reanimate will most likely leave you dead.

If you only feel alive when summoning big demons, make a pact with Vilis, Broker of Blood. Reanimate it, and you'll immediately draw eight cards. You'll likely still die at that point, but at least you'll have truly lived. This package should also include Platinum Emperion, to stem the bleeding. You lose zero life if you Reanimate the big golem. Take out Animate Dead, Laboratory Maniac, and another card of your choosing because honestly I can't bear to cut another.

I also couldn't bear to stay away from another opportunity to play Oathbreaker. Join me after Halloween next month at the Commandfest in Seattle. Bring your Planeswalkers and their signature spells. In casual Magic, every trick is a treat.