October's Friday Night Magic promo card was revealed today. Currently role-player in Standard, let's take a look at the card you can win on Friday nights in three months: 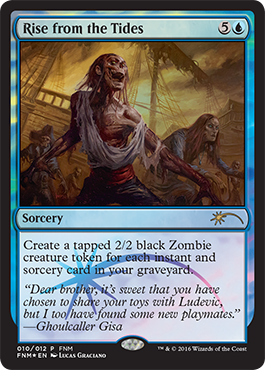 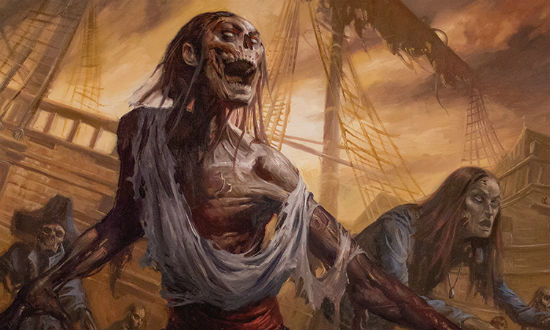 What is really fascinating about the promo edition ofRise from the Tides is the use of the work "create". Seemingly shorthand for "put SOMETHING on to the battlefield" perhaps this new piece of vocabulary is a harbinger for some nifty mechanics coming with Kaladesh. We'll find out more in September at PAX West.

Because so many are asking - "create" is new terminology, as of Kaladesh, for putting a token onto the battlefield. #WotcStaff