Have you ever been disappointed you couldn't make the trip to a particular Grand Prix to meet one of your favorite artists and get some cards signed? Are you looking for prints or original art, perhaps even an artist to come to a local event? Mike Linnemann has put together a truly incredible resource for all things related to Magic art: a compendium of contact information and professional websites for all of the artists he could find. If you've ever wanted to get in touch with an artist, from Rebecca Guay and Todd Lockwood to Steve Argyle and Richard Kane Ferguson, this is your chance.

Community Project #4 on my list is to create something that has all the artistsâ contact information easily accessible online. Getting in touch with artists to buy original paintings, have cards signed, or, really, just to be in touch is oddly difficult. Currently, we have four lists online, and frankly, theyâre just not that awesome.

None of these lists has all of the artists, and the information is crazy-out-of-date due to modern communication methods.

If you donât see an artist, the final resort after searching for hours online is to send Wizards of the Coast a physical letter to forward onto the artist. A quick pro tip: If youâre looking for a Portal Three Kingdoms artist, donât waste the stamp. They donât have any of those contacts anymoreâit was all outsourced.

c/o Wizards of the Coast, Inc.

I would love if a few of you would scour this list and fill in the gaps. The most important thing about this list is to create a central resource now in January of 2013 and update all the other lists. By doing so, tournament organizers and local store owners can easily contact artists.

If you have an artist who lives within fifty miles, offer him or her $100 and a table to sit at in a Pro Tour Qualifier for a morning. Have the artist charge $1 for a play set of signatures, and that money will pile up beyond print sales and original paintings. I would love a regional list of artists that could be checked outâso the same ten artists donât go to every Grand Prix. Thatâs a longer explanation of why there are usual suspects, but Iâll cover that in a future article.

For your Pro Tour Qualifier, for your Grand Prix Trial, and even for your prerelease, if thereâs an artist nearby, invite that artist! Whatâs the worst that could happen? A ânoâ? In that case, youâre exactly where you were. If a few players talk to their store owners, itâs not that terribly difficult.

If you've been playingÂ MagicÂ for awhile, you've got plenty of cards laying around. Maybe they're neatly organized by color, set, and name. Maybe they're scattered haphazardly around your desk without rhyme or reason. This week Nick Davis wants to help you turn those cards into shiny new constructed staples or Commander goodies. How? PucaTrade. This online trading community is an incredible resource for anyone willing to put in a little time and work, and Nick is ready to show you how:

Iâm not new when it comes to trading paper cards online. Traditional trading, even in an online form, typically consists of a peer-to-peer model. There are two people making trades directly with each other. While this can be efficient, you donât always offload everything you want, and you donât always get what you want eitherâ.â.â.

PucaTradeÂ approaches online trades differently. It is not a peer-to-peer setup as you would see on forums or in real life. It introduces a virtual currency known as PucaPoints, which you collect by sending your cards to other users. Once you accumulate enough points, you can trade them in for cards you want. Effectively, it removes the peer-to-peer restriction on trading.

The points-based system is important because it makes your collectionÂ veryÂ accessible to other players. In some ways, you become a reverse store in the fact that youânot the person buyingâtake the initiative in what you send out. In the end, however, itâs money in the bankâ.â.â.âthe PucaTrade bank.

Yes, PucaTrade is effectively playing banker with your hard-earned points. A person may be concerned with the risk of this, but I feel that risk is low for the value that is received.

Ready to start trading Puca-style? The following information is what I found to make the Puca experience fun and profitable.

On Magic, Movies, and Money

WhileÂ we've all been caught up inÂ Born of the GodsÂ previews, Wizards has made a couple of big announcements in the past few weeks, and John Dale Beety is ready to give you the run down. His focus? Wizards and 20th Century Fox are teaming up to start producing Magic movies, while the New Zealand mint is going to produce a limited run of silver coins with the likeness of Jace, the Mind Sculptor on them. Realistically, how exciting are these announcements really and what are the possible outcomes? These are the questions John Dale Beety takes a look at.

In myÂ most recent articleÂ for This Here Site HereI made a reference to aÂ movie deal between Hasbro and Universal PicturesÂ that was supposed to have generated scads of big-budget movies but thingsdidn't go quite as planned. I believe I even made a joke in the article about the poorly receivedDungeons & DragonsÂ movie being the reason a possible Magic: The Gathering movie fell through.

I don't necessarily have to eat my words, but they're tasty when dipped in chocolate. 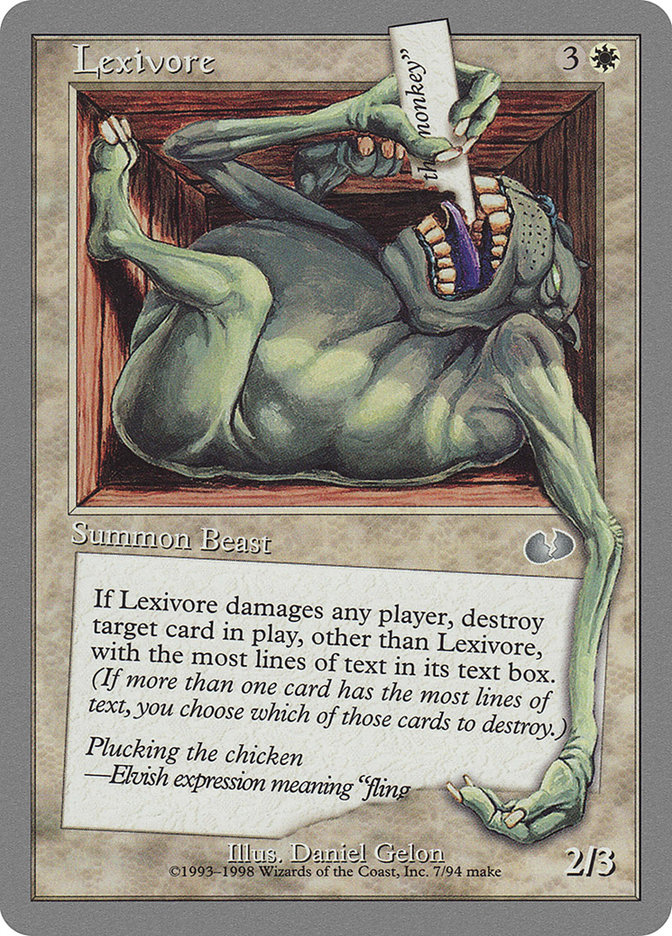 Hasbro isÂ press releasing, Daily MTG isÂ Magic Arcana-ing, and Wizards personalities from Mark Rosewater to Doug Beyer areÂ "we can't say anything else"-ingÂ about a new deal for a Magic movie. (Personally I'm disappointed that we haven't seen a follow-up question and one of Doug Beyer'spatented "no comment" landscapesÂ on A Voice for Vorthos yet, but so it goes.)

The Magic movie isn't the only Vorthos news to crop up in the last couple of weeks. Wizards is hatching plansÂ with a firm in New Zealand to make Magic: The Gathering coins. That makes two announcements for non-game Magic stuff in as many weeks. Let's take a look.

Planeswalkers are the cards and characters that define modern Magic. But how good are they really? Michael Martin has taken on a project that's sort of like Who Would Win for our favorite Magic characters: planeswalker rankings. Michael asked readers to share their rankings of all 42 Planeswalkers and compares the results to his own rankings. Where did your favorites end up? How have the classics like Garruk Wildspeaker held up over time? How does Kiora fit into Modern? Michael answers these questions and more.

I once read that only a small percentage of people who actually click on an article ever scroll down past the first screen they see.

Even then, an even smaller number make it more than halfway through an article, and the number of people who make it to the very end is but a fraction of the people who originally clicked on the article.

That makes your guys' (and gals') response to the planeswalker power ranking survey all that much more awesome. Hundreds of people responded, and only a few people submitted "BS ballots" of all tens or all fives. There was even a submission where someone putÂ Tibalt, the Fiend-BloodedÂ at ten.

So today,Â as promised, I'm going to go over the results from the survey and look into where you all thinkÂ Kiora, the Crashing WaveÂ sits. Then I'm going to take an initial stab at a Modern RUG Kiora list to start testing out for Grand Prix Richmond.

What does it mean to be a hero? Great deeds on the field of battle where everyone can see? What about quiet integrity and doing the right thing? How will we remember someone who is a hero in public and a villain in private? These are the issues that Matt Knicl tackles in his short story about a boy and the hero Vinack.

I hate the man who married my mother.

My father died in an accident when I was too young to remember him. My mother always shied away from telling me what happened and I believe she instructed the farmhands not to relate the story. But even as a child I knew he'd had an accident with a load of grain, or more likely rocks cleared from a new field. I remember once she screamed at me when I played near some of the wagons that were full after a harvest, pulling me into her arms and running me away. She never told me what happened to my father, but I knew.

Magic art is awesome. It's easy to take that for granted when we're dealing with such small image and so frequently only care about the text box, but there's a lot of time, effort, and organization that goes into making the art feel right for a card, and fit into a cohesive image of a plane. This week, Trick shares the development of the art for Karametra, God of Harvests by Eric Deschamps, from sketch to finished product. We don't often get an inside look at the creative process, but when we do, it's good to stop, take a moment, Â and appreciate how incredible these artists are.

Sometimes I just like to page through our internal tool called Multiverse. It's our database that R&D relies on to help with the development of Magic. From art to cards it contains lots and lots of data. So being able to flip through cards and then look through the iterations of the art in the system is a wonderful thing to be able to do.

Normally, we will see a few iterations per card, maybe around five, for the pieces of art. The last three tend to be color corrections and adjustments, which aren't that exciting and aren't Arcana worthy. But then sometimes we discover a rich look through the evolution of an art piece.

That's what I found when I looked with Karametra, God of Harvests.