If you weren't yet aware, my stream is back after years of hiatus; my subscriptions are being put toward animal welfare. The commu-nity has been playing Gladiator and loving it, obviously. 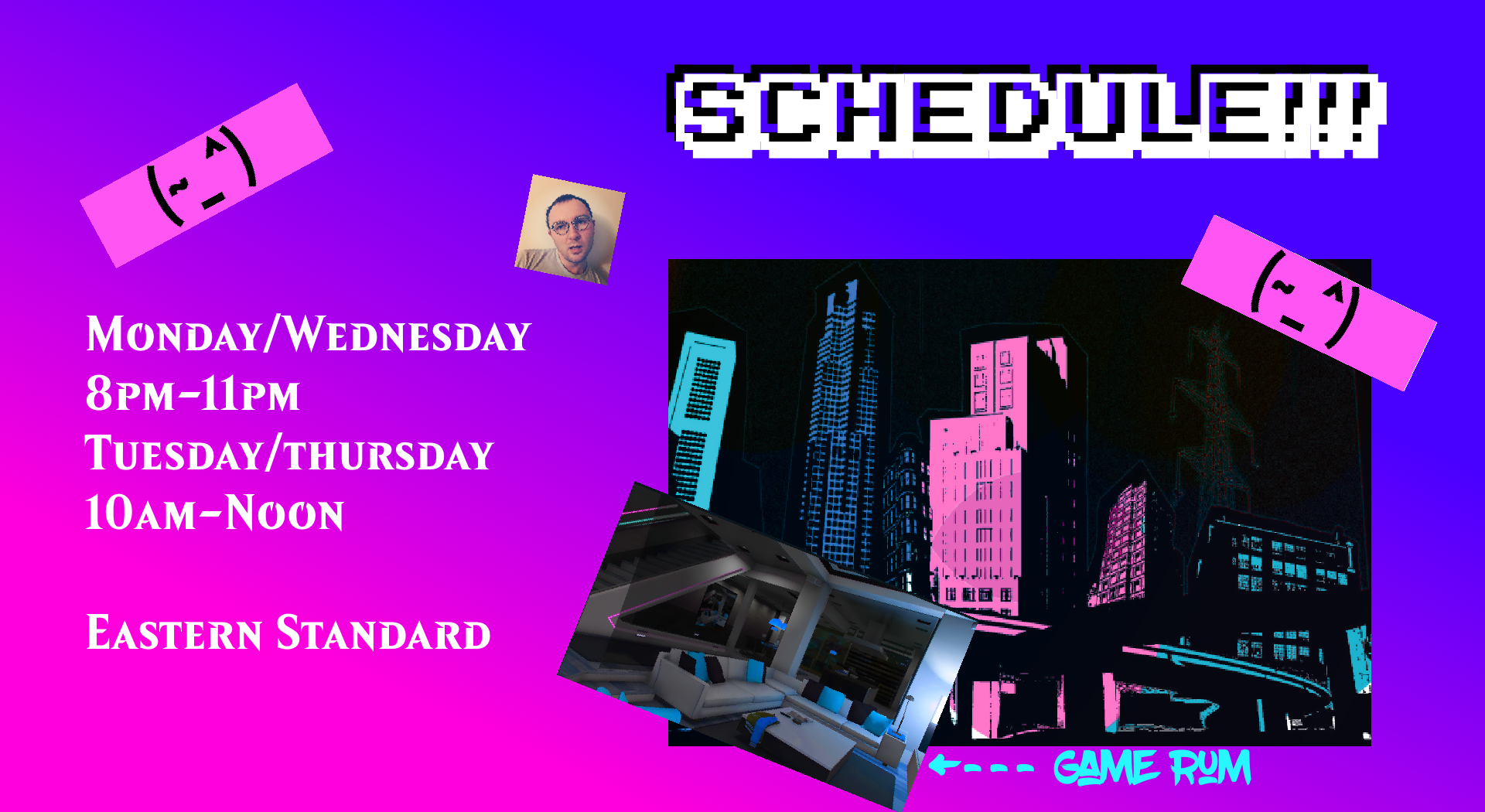 I've got a neck CT on Monday to look for cancer. It's been a while since I had one of these screens. Wish me luck.

For a writer who once flushed card power levels down the toilet, as an en-tire concept, it's strange to put up a big flag that says "I know the actual most powerful card in the new set."

First off, I wrote that before Uro. You can throw most of that power level article out, at least until the dispari-ty between "Uro, Oko, etc." and "cards that aren't embarrassing" gets a little smaller.

More importantly, again, I'm addicted to Gladiator. Since Gladiator is a singleton format that grants less oppor-tunities to use any individual card, you really want cards that are some combination of self sufficient, game winning, and flexible. (If you want to learn more about Gladiator, and you definitely should, go here!)

And since Commander is about doing the most obviously over the top stuff Magic can hold, and Standard frequently becomes about the most blatantly pushed stuff anyhow, this is probably a use-ful theory exercise on watching for the right kinds of cards. In other words, Gladiator is hardly a necessary framework for you to get something out of what I say about these cards and their power levels.

First up, some honorable mentions. The further down the list we go, the more generally powerful I'm ex-pecting the card to be. No specific number rankings necessary; these are just ruminations.

Prepare for the following recurring theme: flexibility is crazy good. You can't begin to underestimate how im-portant it is to have live modes on as many of your cards as possible. The mana cost is too high to make it reli-able, but it will bail out both opening hands and complex, extremely late game stall outs at various times.

Have you noticed a pattern yet?

Murder isn't setting any worlds on fire, but it's just good enough alongside an iffy Swamp to make it a reasonable include. Again, the utility makes a world of difference.

This card name is sure is something.

Any cost reduction will be a happy accident; the real danger in this card is that it makes blocking for your op-ponent absolutely miserable. If you've mounted any kind of battlefield presence at all, this will sometimes Plague Wind them well. I expect Zagras to come down and surprise many loyal planeswalkers with a sudden and significant death.

Four power in the air is fine, fragile as the tail may be. The dream mode comes when you start stringing to-gether a bunch of mana when it goes unchecked. X spells are already excellent in Gladiator, and this has ex-cellent potential to put more logs on the fire. It takes some creativity (that's the point in this format; can you imagine?), but Red mana goes into a Hydroid Krasis or Expansion // Explosion just fine.

Even without a bunch of traditional fetchlands to go wild with, this card will hold a lot of fast hands together, as well as bail out greedy ones. Its role now will be lots of little bonus mana advantages adding up over many turns, as opposed to the old days where it was used to cast Primeval Titan on turn three or some other unholy thing.

The more cards that can reset a battlefield, the better. Gladiator has lots of sweeper effects, but sometimes they can feel impotent in the face of so many value creature plays. Adding an extra dimension will be im-mensely helpful toward keeping this relevant.

If it checks so many of the Gladiator boxes, why isn't it further along in the list?

For one, it takes some setup. It's a lot of work for what will often be a Call of the Death-Dweller. What's even the best case scenario? Is it that much better than a value creature for six or seven mana?

The card's complicated, but it's the exact kind of card that will do cool stuff if the pilot harmonizes their list in a way that lets it really eat.

Or you know, again, it can just be a land. Because yay!

Another one that can help your mana issues but that requires a little extra footwork. At instant speed, this seems like an excellent card to pair with something like Young Pyromancer to apply pressure out of nowhere by chaining a few cheap spells together.

If this card were rare, you just know she'd only trigger on damage. I love it when you can just see the rarity push differences, plain as day.

Anyway, mill is everywhere, and especially with escape, it's easy to incidentally assemble your graveyard as a redundant pile of impossible doom scenarios, all aimed your opponent. It's not exactly Tasigur or Fact or Fiction levels of demoralization, but you get the idea: they'll have no good choices and will be sad in-definitely. That's the important thing.

I wasn't eager to have an Avenger of Zendikar stunt double. Really, my favorite format was fine without it.

I like how it encourages basic lands over nonbasics, an interesting angle, but most Gladiator decks have Chromatic Lantern anyway, so basics aren't even that hard to fake.

I'm already losing to insane Scapeshift decks multiple times a week. This will not help the matter.

Clones are already nuts, being inherently malleable in nature, but this one takes it an extra step and pretends to be an Island once in a while so you can cast all your other Clone variations to execute your combo that I'm going to concede to long before the stack empties and all your loops finally re-solve and kill me.

The runner up of the bunch, this is the exact kind of card that epitomizes everything that wins Gladiator games. It can't go directly to an opponent, but after you've done a decent Casualties of War im-pression, you'll be able to shove in a bunch of damage anyway. It pairs well with Leyline Tyrant, the bonus mode is totally within reasonable cost ranges, and of course, it acts as a land in a pinch.

So those are all great, and there are way more that I left out that I'm sure will do amazing stuff in all kinds of format contexts.

But it's time for the real test of this Gladiator power experiment...

Unless Standard is expected to be a lot different than I remember it being in basically... well, ever, this "Gladi-ator as a way of finding Standard's future best" seems to be a miss so far. I don't think Skyclave Rel-ic is the next Jace, the Mind Sculptor, but I do think it will be a mainstay of the young Gladiator format. So yeah, in that way, I think it's the most powerful card in Zendikar Rising.

Chromatic Lantern enables wild things, but it's also a devastating loss when it's inevitably blown up by all the format's flexible removal options. Gilded Lotus takes you to space in one turn flat, but it's also extremely easy to outtempo if it's untimely. Mana Geode is a reasonable fixer in some specific deck strategies, so that's sort of the range we're talking on this design.

Skyclave Relic gives you fixing and acceleration for a reasonable price without fear of losing it except in unusual corner cases, and if you double up, you get a Gilded Lotus substitute that you're unlikely to ever lose.

These are the last recent lists I have from our Gladiator league leftover from before Zendikar Ris-ing.

Basically, almost nobody plays Gladiator to play aggro. You have to really like aggro play in a fundamental way to spend your fun format time on it. As a result, it's hard to really understand the space aggro occupies in my league. As an experiment in aggro, Mindmage took Magic's Greenest tribe for a ride.

The result? It works. There are officially enough Elves and mana dorks in the Magic Arena Historic card pool to use End-Raze Forerunners as a Craterhoof Behemoth stand in. The proof is thick.

I couldn't find a better idea to reflect my Gladiator combo deck principles from last week: Make sure your cards are pretty good on their own, then surround them with other pretty good cards that combine to win.

Are You Not Entertained?!

We'll end with this combo, which has killed multiple people this week, myself included: