Over the past couple of years, Iâve had exactly two epiphaniesâthe sort of inspiration that makes you question if the muses are real. One of these was for my Escher-inspired Maze of Ith (my highest-selling alter to date). The other was for the Zombie Cube. Two years ago, I remember waking up late one morning and gazing over the edge of my bed. Lying on the floor was my Common/Uncommon Cube (C/Ube). Lightning struck. What if a Cube could be designed to evoke the flavor of a zombie apocalypse?

Wait. What? Let me give a little background. Zombie movies are probably my favorite genre of film. Iâve watched all the classics a half a dozen times: Night of the Living Dead, Dawn of the Dead, Evil Dead, Evil Dead II, Army of Darkness, and Dead Alive. I adore the new stuff: Resident Evil, the Dawn of the Dead remake, and the amazing 28 Days Later. But I suppose it goes beyond movies. Iâm a follower of The Walking Dead comics, and you can bet Iâve read The Zombie Survival Guide from cover to cover. Iâve played through Resident Evil 4 at least a dozen times. Growing up, I was always into horror, but thereâs something about zombies that seems a little closer to homeâsomething about them that cuts to the core of humanity.

Maybe Iâm going too deep. The point is I wanted to combine the love I have for the genre with the love I have for Magic. I not only wanted the endless enjoyment of drafting a Cube, but the visceral experience of a zombieâhuman struggle: one player fighting for his or her life, another simply trying to satiate a hunger for brains.

I wasnât entirely sure how I wanted to accomplish this task, but that didnât worry me. When starting off building a Cube, I find it best to just jump in and start combing Gatherer. Gather was especially helpful in this instance because I needed to evaluate every Zombie ever printed. I also needed to find cards with specific words in their names, ones that evoked a certain flavor, and just cards that donât enter the arena of Cube too often.

I quickly realized white would play a key role, and, of course, black would be out in force. My first draft ended up a 60/120 split between white and black, with the three remaining colors, multicolored, artifacts, and lands rounding out the remaining half of the Cube. You can see that original draft here. I liked where the list was going, but something was missing.

Thatâs right. I somehow managed to assemble a Zombie Cube eight months before the release of Innistrad. By that time, I had retired the idea, resigned to focus on my C/Ube, which I had a lot more time and money invested in. Still, over the past two years, always in the back of my head, were thoughts of all the great fodder the past couple of sets had to offer.

That leads me to this week. I was sort of bemoaning the fact that my C/Ube was in a good place (my life is terrible) and I didnât have any Magic projects to work on. I decided it was the perfect time to revitalize the Zombie Cube: There have been a full seven sets since I dismantled the original version, many eager Cube drafters will be arriving at Gen Con in less than two months, and my Cube fire is burning. Luckily, this time, I had a reasonable template to start from.

When I got down to it, I realized my biggest problem with the original build was not so much the actual cards, but that there was no way to control the matchups I wanted to see. Sure, players would draft Zombie decks and Human decks, but often, Iâd see Zombie-on-Zombie battles or a confused jumble of Zombie and Human cards all in one library. The flavor just wasnât matching up. I decided immediately that teams needed to be part of the format. This seems like an obvious necessity now, but it honestly didnât occur to me two years ago. From the get-go, players will know if theyâre human or zombie. Beyond that, to keep drafting and gameplay as close to normal Magic as possible, I tried to keep any special rules to a minimum. In fact, there are just two:

After much consideration, I decided this was the simplest, easiest solution to conjure the sort of games I wanted the Cube to have. Itâs important to note that these rules donât prevent players from hate-drafting the opposing teamâs cards, which has always been an interesting mainstay of Team Drafts.

So, letâs get to introducing the Zombie Cube as it stands today. I had written this description for the original list, but it still fits quite well with the update:

The idea behind this Cube is simple: a Cube the flavor of which resides in a zombie apocalypse. Flavor trumps power, but poor or unplayable cards are a no-go.

White (65) â White is the second-largest section in the Cube. It represents the primary resistance post-apocalypse. There's a fairly deep Soldier theme here. There is a secondary religious theme as well.

Blue (30) â Blue probably holds a connection with the initial outbreak. Because of this, much of blue's flavor lies in a search as to what went wrong and a search for a cure.

Red (30) â Red has a resistance theme similar to white. Red is less organized, however, meaning its creatures are more individualized, nomad types.

Green (30) â Green has a love for the hunt. Much like red, its creatures are small bands defending their home turf. Despite this fact, there are a few who have decided asceticism is safer.

Black (130) â Itâs obviously the largest section in the Cube: a full third. In the zombie apocalypse, zombies are everywhere.

Gold (30) â Zombie are still plentiful, but because there are six nonblack color pairs, I'm keeping this section small.

Artifact (30) â Choose your weapon. Most of the artifacts represent weapons and/or supplies. When you're defending your home and family, all you need is a Trusty Machete.

Land (30) â Some needed fixing and a few flavorful locales to boot.

(You can also find the full list as a Google Doc!)

While this article is intended to serve as a primer, a lot of the mystique of the Zombie Cube is in handling and playing with the cards. Suddenly subtle inclusions such as Alaborn Zealot make so much sense when you can see the art. Perhaps that slight nod to 28 Days Later with Tainted Monkey will begin to sink in. Of course, cards in hand or not, no oneâs missing Rocket Launcher. There are plenty of fantastic Zombie inclusions as well. Walking Dead comes to mind. 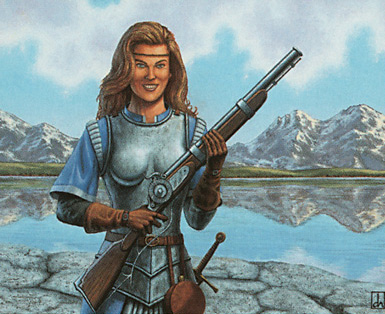 So, what about cards that didnât make the cut? Whereâs Elite Inquisitor? Surely that card is a shoe-in for Zombie Cube. Unfortunately not. In my earlier draft of the Cube, I included several protection creatures, but it quickly became apparent that they were the wrong direction to take. As I mentioned previously, Zombie Cube is very much about interaction between two distinct sides. While the average Zombie deck probably has plenty of answers to a card such as Inquisitor, the game becomes extremely unfun and uninteractive if the Zombie player doesnât have an answer(or hasnât drawn one). That said, the Cube does include exactly two pro-black or pro-white creatures in Valeron Outlander and Shivan Zombie. I felt their prohibitive costs were enough to allow just these two to slide.

And now you know about as much as I do. The unpredictable results of a new Cube are half the incentive for building one. You can bet that Iâll be setting my C/Ube aside for the next few weeks in favor of testing this one with whoever is willing to try. I also plan to have it on hand at Gen Con. And in case youâre going, just a final noteâ.â.â.â