@mtgRikipedia is an avid gamer and MTG head judge extraordinaire. You can follow along with his adventures at http://mtgrikipedia.blogspot.com/ 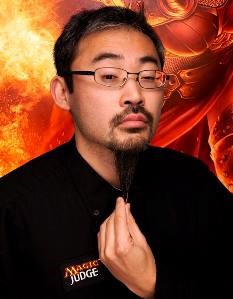 Screen name: Rikipedia or mtgRikipedia when the former is taken

Avatar of choice: I like taking silly photos of myself with animals statues and then using the animal as my avatar.

Years gaming: Around twenty-five years. I don't really consider the early stuff like Life to be "gaming," so I start the timeline with when I began playing RPGs.

How much time do you spend gaming in an average week? I sometimes fire up a Magic Online Draft a few times a week. If I'm lucky, I'll be in town for a gaming night. Other than that, very little.

Favorite male game character of all time: M. Bison from Street Fighter II. I had to think about this because I'm not really into gaming characters that much. But I like all of the storylines behind him. In the original Japanese version, the final boss's name was Vega, the American Vega was Balrog, and the American Balrog was M. Bison. That's right, the boxer was M. Bison. Mike Bisonâ.â.â.âMikeâ.â.â.âTyson. When it was exported to America, they were concerned that the joke wouldn't go over so well I guess. I also love that Raul Julia's final movie role was as M. Bison, and he was ridiculously over the top as a villain.

Recently, I've started collecting bison memorabiliaâthe animal, not the SFII characterâbecause of my facial hair. I have a stuffed animal bison that I have named M. Bison.

Favorite female game character of all time: Chun Li. See above. Nothing really special here. Street Fighter II is one of the few games in which the characters really resonate with me.

First gaming console you ever owned: Super Famicon. That would be the Japanese Super NES.

To what game have you been most addicted lately? Cookie Clicker. I don't even know if it counts as a game, but I like that I can leave it alone for an hour, come back and buy stuff, and then do some more work. I guess this is the model for other games like Farmville, but I never got into those. I like cookies, not farmsâ.â.â.âunless the farms make cookies.

What game have you played for the longest time, and what about it keeps you playing? I haven't played it recently, but the game that I played constantly was Masters of Orion II, a PC turn-based empire-building game similar to Civ. I played it for so long that my space empire grew to the point at which the taxation algorithm flipped from positive to negative. I'm not sure what kind of calculation they were using for it, but it didn't account for someone playing the game that long. If my taxation hadn't gone into the negatives, I would probably still be playing that game.

What game did someone convince you to try that you just hated? I'll say Warcraft III. I really didn't like the micromanaging aspect of the heroes. When I play those types of games, I just want to send waves of units at my opponent, not worry about leveling up my hero, choosing spells, healing him/her, etc.

What game causes you to rage or tilt the most? Any dexterity-based game will do the trick. This includes finger dexterity like Angry Birds.

Do you have any gamer regrets? Maybe itâs a misplay or chance not taken. I guess not getting into more competitive scenes at an early age. For example, I played Magic: The Gathering since its inception, but I didn't get into competitive tournaments like Pro Tour Qualifiers and Grand Prix until I came back to the game nearly ten years later.

Trash talk: mandatory or unnecessary? I think it is mandatory, but only in the good-natured way between good friends. It is unacceptable to trash-talk people you have just met or sat down against. It should be banter, not an intimidation tactic. 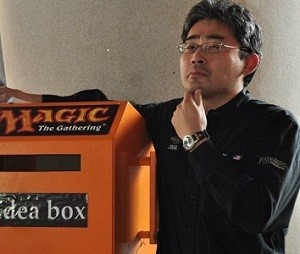 Which one do you prefer: video games, TCGs, or board games? I like TCGs and board games. When I play video games, I become too caught up in them and play them into oblivion. For my own sanity, I stay away from those games now.

If you could go pro in any game, what game would it be? Monopoly. When I was a kid, I did a lot of reading about Monopoly, and I just never took the leap to try to get into that scene.

Tell me about the game you would create if I gave you unlimited resources. I travel a lot for Magic judging, so I've learned a lot about the airline industry. I would probably make a Farmville-style game in which you manage an airline or an airport.

Whom do you consider one of the most sexually attractive characters (male or female) you have ever played? Was this based on pure artistic design of the character or overall character traits? None.

If you could be any character from any game, whom would you morph into?

I've already talked about M. Bison, so let me give a shout out to the end boss of the Magic world, Nicol Bolas. I love that he has these schemes that span different worlds and he is manipulating the other planeswalkers.

Do you see an issue with the portrayal of women in games, and why? Yes. I read a lot of comic books, too, and there are parallels there, and honestly, the issue runs deep in society as a whole in everything from TV to magazine ads. The fact is that "sex sells." That in itself isn't an issue, but what is an issue is when you transfer that objectification to real women and don't treat them with respect. We need a better balance.

Describe what makes a central character in a story-driven game appealing to you.

As you've seen from my answers, I like villains, and I want them to be devious and scheming.

Have you ever cosplayed a character or could ever see your future self cosplaying a character? No, and I doubt I ever will. I just like to dress nice at Magic tournaments in cardigans and sweater vests. Maybe someone can cosplay as me.

Have you ever related to any characters from a game you have played? As you've probably gathered, mostly the villains. It's just a shame that they always end up losing.

If able to choose a gender during gameplay, which gender do you usually choose? I like to mix it up, but I mostly don't care that much. I think of them all as extensions of me.

What book or series not already made into a game do you think would just kill it? After watching Ender's Game, I would love to see a game based on the battle room and the command school fleet battle interface. Heck, maybe they could even make the mind game a reality.

How have your friends and family supported your gaming or tried to change it? My family has been supportive. At first, they raised an eyebrow about how much time I was spending with Magic, but now I travel almost every week to judge, and they've accepted my lifestyle.

Did your family every have game nights? Do your parents like any type of games? No game nights. My father did teach me how to play chess, and we played that frequently.

Do you play any cellphone or Facebook games regularly? I have recently started playing Sudoku on my phone, so this may be the beginning of the end for me.

What was your favorite game to play as a child? It can be any type of game, such as red rover, marbles, tag, or the like. I guess it would be chess. That is the game I remember playing the most and enjoying. 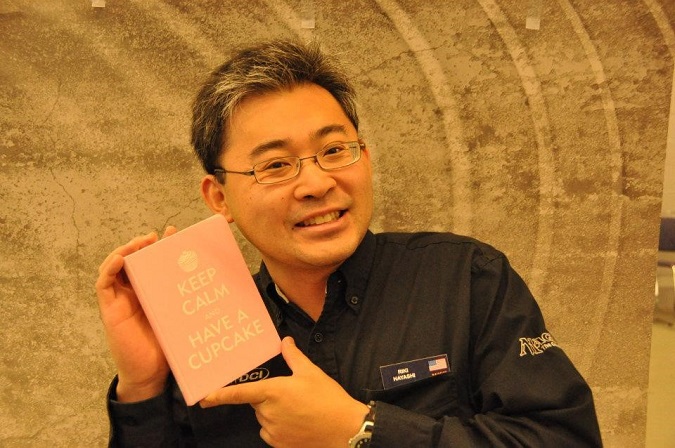 What kind of impact do you think MMOs are having on society? Would you change anything? I try to ignore them. They are a time sink/distraction, but those have always existed. Fantasy football is a time sink, and no one worries that people are playing that "too much." I wouldn't change anything about MMOs. I'm just not that into them.

Once someone has been proven a habitual cheater, do you think he or she should be allowed back in professional gaming? Yes, absolutely. And if the person cheats again, he or she should be dealt with appropriately, and suspensions should be scaled up for repeat offenses. If the person doesn't cheat, we should treat him or her just like anyone else.