âI donât think, therefore, I am bad at Magic.â

The human mind is a fascinating thing. Understanding why we do what we do can not only inform choices we make in the future but can teach us more about how we learn best and how we retain and access information. Knowing our motivations and biases can help us improve not only as players, but also as thinkers.

Not too many people are attacking the game from this angle, however. Itâs a very heady, cerebral topic, and most Magic writing is concerned with finding the best deck, the best sideboard, and the best format. But if everyone is different, can there be a single âbestâ deck or sideboard or format? Do you find yourself having more success playing aggro or enjoying yourself more sitting behind a few permission spells, some card-draw, and an Aetherling? When you read the spoilers, do you pick out combo enablers first? Everyoneâs brains are different, and accordingly, we all approach the game from a slightly different place. Itâs for this reason that Iâm bringing you three writers today who have written some very good articles about the subject of cognition, the nature of choice, and how to determine the deck types that are best for us. This week, Iâll also be highlighting an article by each writer I feel best exemplifies his or her contribution to the topic. Be sure you read all of themâthey were the impetus behind todayâs Who to Follow. Without further ado, I bring you âWho to Follow â Psych Geeks.â 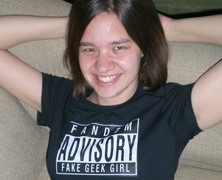 Where You Know Her From: GatheringMagic

Iâm sure I donât need to tell you Natasha writes some very well-researched articles about the psychology of gaming and gamersâyou are probably reading her work already. What may surprise you to find out is that she is doing her graduate dissertation on gamer cultureâand why not? It may have felt a bit like cheating to her at first, to marry her passions like that and be allowed to research a âfunâ topic, but there is a lot to gamer culture that can inform the study of psychology as a whole. Got an hour? Watch this video about toxic behavior in online games such as League of Legends (a game where I was called ânoob as $&%â during my second game everâin a practice game against easy computer bots, in which I went 4â8â1). Perhaps the best example of her writing on the topic of psychology (there are many) is this gem from last year about shame in geek culture. Not many Magic articles come with a bibliography at the end.

Natasha has two Twitter accounts, as youâll notice, and they are both worth following. One is a locked account, where she does a majority of her posting. However, privacy is a very sensitive issue for someone who is in the field of neuropsychology who hopes to one day work with patients. Accordingly, I havenât linked her Facebook account. I would follow both Twitter accounts, as they both have different offerings.

Natasha also does very important work (to some), transcribing each weekâs Drive to Work podcast for MaRo due to the popular demand from his devotees for a searchable form of the information from his podcast. My initial reaction as a podcaster was, âWhy bother?â but it didnât take long to see the value in having the information in a searchable form, and I could see the value of a transcription of my own âcast, which contains a lot of predictions and proclamations that would be much easier to track and compile if the cast were transcribed. Ctrl+F is your friend.

Finally, Natasha serves as an inspiration, not only inspiring this installment, but also by inspiring some of the other people on this list. I canât link her best tweets due to her privacy settings, but what I can do is recommend you follow her and find out for yourself what good value such a move would be. 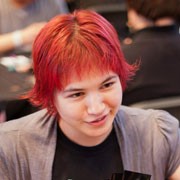 Where You Know Her From: TCGplayer

You may or may not be surprised that when you try to find a picture of Jackie, you are going to see more than just photographs. Youâre likely to quickly stumble across her Tumblr, which has a few gorgeous alters. I havenât seen a new one in a while, but one can only hope.

Whatâs more impressive is that when you start looking for her work, youâre going to encounter a few great pieces, including this one from a few weeks ago that inspired the very theme of this article. Jackie thanked Natasha Lewis Harrington for her inspiration, which, in turn, inspired me. I want to emphasize more than usual that youâre going to want to read this article in its entirety.

Itâs not often we take a step back and look at whether some of the choices we makeâchoices we believe to be governed by our own free willâarenât actually being influenced by our biases. This article, which came out of the collaboration with Natasha, is among the best analyses Iâve seen about how our brains work and how that can influence our choices. Armed with this knowledge, we can hope to better understand the choices we make as players and how we can tailor the deck choices we make to how our brains work best. Hereâs hoping this article is the first of several that cover this topic.

Exemplary articles aside, Jackie Lee is not known primarily for her contributions to the field of neuropsychology. She is primarily known for being among the gameâs best players, with her best finish to date being an impressive third place at Grand Prix Baltimore in 2012. Her Twitch stream is consistently informative, and she does a better job than most at explaining her rationale for certain choices, which is extremely helpful for people looking to improve. Couple all of this with her Twitter account, which is consistently quite strong, and you have all the makings of someone Iâm a little surprised youâre not following already.

This week's article was very popular, so I want to thank @natasha_lh for the idea. If you like psych/Magic articles, you'll like hers, too!

The guy I played in round 1 of this PTQ referenced the "shitty loins" typo from about 1 year ago on my stream. :3 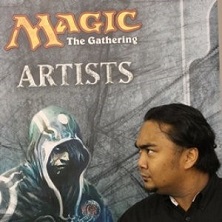 Where You Know Him From: Judging, most likely

Billy is a Level 1 Judge in the Magic community who, like Natasha, is doing graduate work in the psychology field. He came personally recommended by Natasha because he wrote an excellent article about the role of judges (and their egos) in the community. The article can be found here, and you will want to make sure you take five minutes to read it because itâs quite good. He discusses psychological concepts such as personalization, transference, and countertransference, and he modifies the CognitiveâBehavioral triangle to fit it better to the role of judges in the tournament setting. Itâs not too dry or clinical for a layperson like myself to grok what heâs trying to say, and it can give players a unique insight into how we interface with the judge staff.

We are acutely aware of how bad it feels to receive a warning or more severe punishment for an infraction, but we donât always realize how it feels when we argue or appeal the ruling or when the judge has to correct himself or herself. His ideas may not help you select a better deck as Jackieâs do, but they may help you become a better player in the sense that you will be more aware of how your behavior and reactions when you deal with the judge staff can affect the overall flow of the event.

Thatâs not bad information for anyone to have.

Signed my first card for a player (Zendikar Island). Used a Sharpie from GP Vegas :)

Unleashing Karona in a five-person MTGO Commander game. I'm about to be on four people's ban list.

That does it for this installment. Please take time toâat the very leastâread the articles I highlighted. There is information in there that will make you a better player, whether you think you need it or not. Make sure to follow all four Twitter accounts, too. You wonât want to miss a tweet out of any of them. Join me next week for more excitement and maybe fewer one-hour videos to watch. Iâve been your guide Jason Alt, and this has been Who to Follow.