Welcome back, lore seekers! Today we're looking at another Flavor Build, this time featuring one of the most iconic Magic characters of all time: Urza. Now, we have a lot to work with here, mainly because after The Brothers' War, Urza has a whopping six Legendary Creatures to build a deck from, and the second largest number of card references of any character in Magic! The first is Karn, who contains The Mightstone and Weakstone and for whom I think all Urza cards count toward. With that large a card pool, this is sure to be interesting, so let's dive in!

Half a Million Words and My New Book! 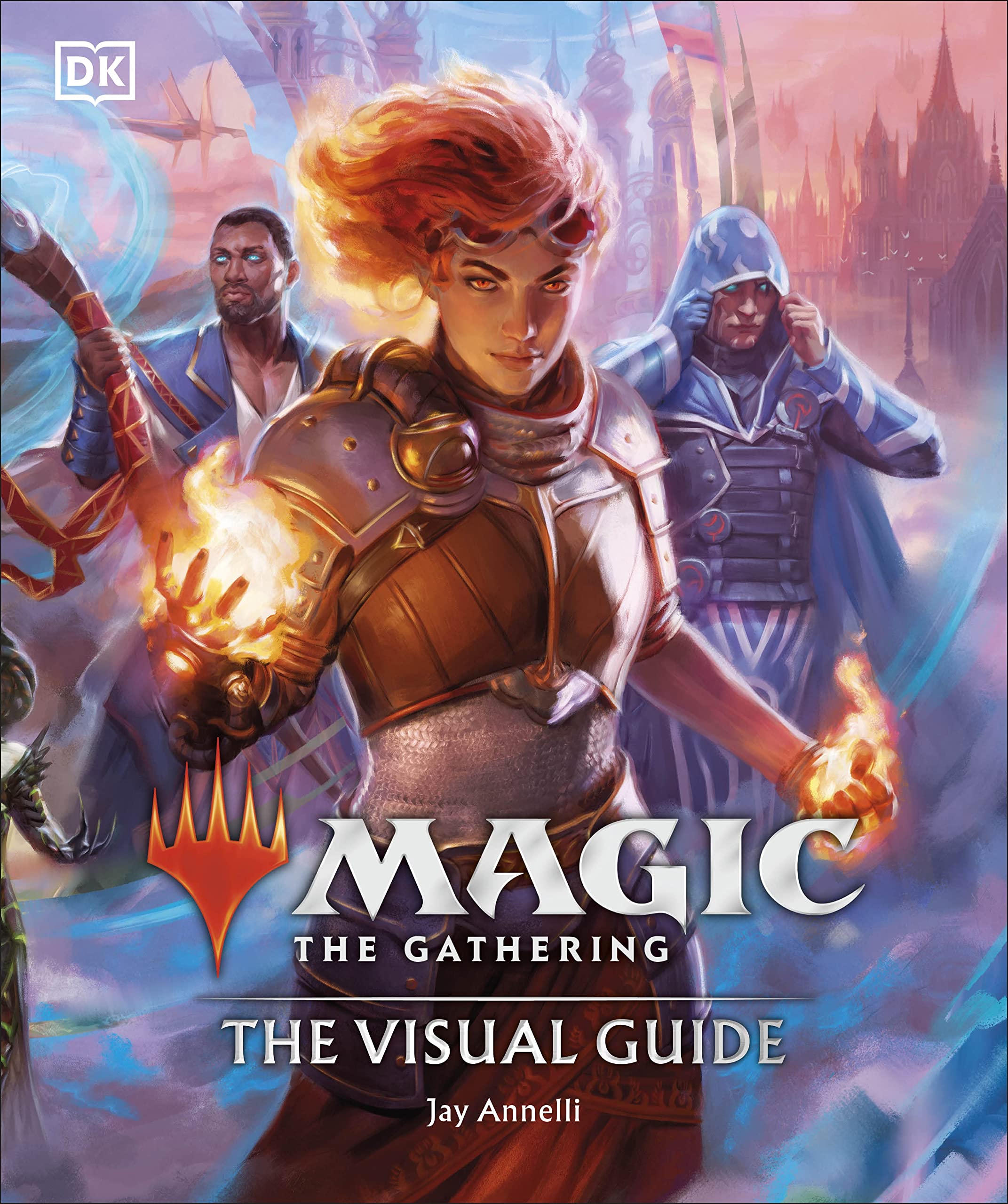 Before I get bogged down in Urza details, I wanted to take a moment to note that this article pushes me over the 500,000 published word threshold! I've been doing this for over seven years now, so this is a great feeling. And, just a week after this article is published, you can pick up my new book, Magic: The Gathering - A Visual Guide! 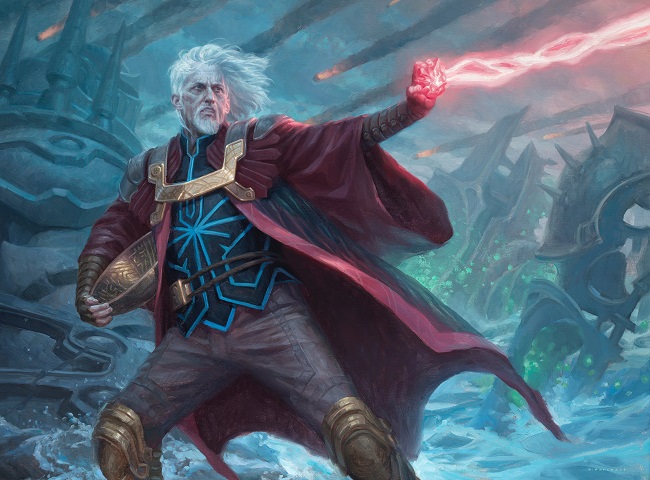 Urza is a very complicated character in Magic's history. Despite only being central - or even only peripheral - to about four years of Magic's story, he's a character whose legacy persists in the Magic multiverse and in real life. Simply put, Urza is a deeply flawed character whose arrogance guided his every action. Urza spent millennia locked in a cold war with Phyrexia, before defeating them in a final desperate gambit. He's the founder of the Tolarian Academy, the creator of the Weatherlight, and has both broken the plane of Dominaria and saved it.

Dominaria's calendar is centered around him, with 0 AR (Argivian Reckoning) being the date of his birth. He died over 4,000 years later in the same blast that killed Yawgmoth, the god-like leader of Phyrexia. In-universe, that was just a few centuries ago.

Look, if you're one of those folks who gets annoyed with Urza being viewed through a modern critical lens, I'm sorry, but times have changed. The man was a eugenicist, genocidal, created a slave soldier race, manipulated everyone around him, and in the end, his plans mostly worked out despite him, not because of him. Urza is largely a man who is only viewed as heroic because the alternative was so much worse.

Almost every card either depicts or references Urza. I'm only going to include the ones I think are worth calling out in this next section. 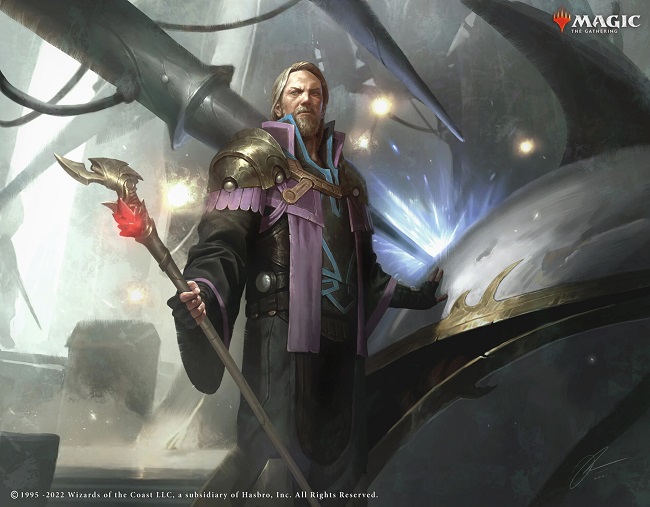 Urza is the Legendary Creature with the most different versions of himself in the game (at the time of this printing). Five of them feature Urza at different points of his mortal life during the Brothers' War. Only one (black-border, non-acorn) version of him exists as a planeswalker: Blind Seer. For those who were around before Urza, Lord High Artificer came out, if you asked for an Urza card you almost always got at least one very funny jokester saying 'we have an Urza card' and linking Blind Seer.

Urza, Lord High Artificer, Urza, Lord Protector, and Urza, Prince of Kroog are all excellent additions to an artifact creature focused Urza deck, while Urza, Powerstone Prodigy provides some card draw and ramp support. Urza, Chief Artificer is our Commander, as he's the version with the most colors in his identity.

Inspiring Statuary is ordinarily a Kaladeshi card, however the version I'm including here is the Retro Artifact version with the blueprint art and Antiquities War Flavor Text.

Kayla's Music Box does a lot of work in this deck, and while it doesn't reference Urza directly, the reason it's a card at all is because it's one of Queen Kayla Bin-Kroog's precious keepsakes that Urza repaired for her when they first met.

The Mightstone and Weakstone are obvious, they become part of Urza as a planeswalker. The Stasis Coffin was developed by Tawnos as a means for capturing Mishra without having to kill him. He ends up using it to survive the Sylex Blast, and Urza frees him from it a few years later. Weatherlight is a ship designed and built by Urza (with help from Multani, Yavimaya's Avatar). The new version was reconstructed by Jhoira, Weatherlight Captain, a student of Urza's.

Armillary Sphere couldn't be flavorfully justified other than to say, it seems like something any artificer could make.

This is obviously the largest category in the deck, given that Urza is an Artifact Creature focused Commander. While many of these are Urza mechs from The Brothers' War set, I want to call attention to the ones that aren't.

Junk Diver is an artifact originally from Urza's Destiny, a device created by someone at the Tolarian Academy, perhaps even Urza himself. Karn, Living Legacy was originally created by Urza, and Memnarch was created by Karn, making Memnarch Urza's grandchild, in a way.

Karn and Memnarch justify the Mirrodin cards, like Myr Battlesphere, Platinum Angel, Platinum Emperion, Precursor Golem, Solemn Simulacrum, and Thopter Assembly. Self-Assembler is the Retro Frame Blueprint version, while Steel Overseer was in the baseline deck here, so I'm including him too although he's more a generic card.

Phyrexian Arena is the version from Apocalypse, with Gerrard standing over a defeated Urza. Death Grasp also depicts that same battle. Essentially what happens is that as Urza heads deeper into Phyrexia, it begins to affect his mind. He ends up in the core with Gerrard, who was transported there from Dominaria, and Yawgmoth forces them to fight in a battle of the minds. While Urza has more power, his lack of imagination gives Gerrard the upper hand he needs to win.

Confound depicts Urza having trapped Tevesh Szat in his power armor, and using Szat's soul to fuel his soul bombs that the plan calls for to use against Phyrexia. Karn, Scion of Urza features both an image of Urza and his name, making it a perfect inclusion.

The last two worth mentioning are the originally Corrupt and Death or Glory, both featuring Urza. Corrupt pairs well with Urborg, Tomb of Yawgmoth, which is included because Urza killed him, making it his tomb.

Tempered Steel and Thirst for Knowledge are both solid artifact deck cards, and are a bit of a bend being from Mirrodin, but I'm grandfathering them in (literally, as Memnarch is the one who brought the depicted Mirransl to Mirrodin). The artifact lands are likewise included. Darksteel Forge is a late game play to ensure you can swing for free, just be careful as it doesn't protect you from a lot of the wrath-style effects in this deck. 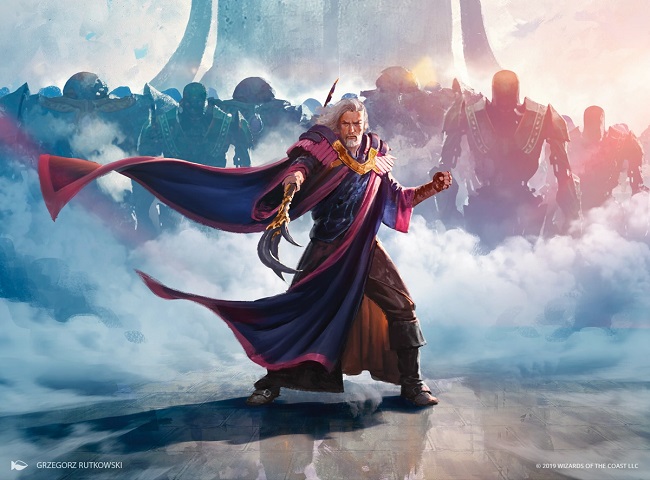 This deck is incredibly simple to run. Urza, Chief Artificer is cheaper when you have more artifact creatures, and in turn makes your artifact creatures better. I've included most of the cards that make his 0/0 constructs, and these are really going to be your workhorses later in the game, especially as you accumulate non-creature artifacts like Powerstone tokens.

The rest of the strategy revolves around going wide with artifacts, but there are some minor sub-themes here. We've got Assembly-Workers, with Autonomous Assembler to help them out. Urza's Factory makes more, and with powerstones should be easy to hit! Speaking of Urza lands, Urza's Workshop does some work in this deck, with the six legal Urza's lands included.

I'm about at my word count, so because this isn't an optimized version of the deck, there are obviously going to be a lot of cards that I missed that are reasonably within flavor. My own personal version of this deck isn't going to be nearly as restrictive in flavor, so upgrade this how you like!