It's been quite a week in Magic, as Monday saw an astounding 15 cards banned across various formats, many of which printed in the last two years. To say that the last few years have been rough ones for Magic design and development would be an understatement and the various Constructed formats have paid the price.

However, while Constructed has struggled, there have been some all-time great Limited formats recently.

The last few sets have been a renaissance of Limited design, with an amazing array of interwoven themes that make both the draft itself and the gameplay extremely deep and rewarding. Card evaluations vary wildly depending on what you're drafting and there's so much to explore even after dozens of drafts.

While I'm primarily known as a Constructed player these days, I actually started playing competitive Magic by drafting three times a day on Magic Online during Onslaught and Mirrodin block and playing Limited PTQs. I do a series on my stream and YouTube called Bronze To Mythic, where I let my account decay to Bronze 4 and then do a run up to Mythic.

Having recently completed a very successful run in Kaldheim draft, I wanted to share what I've learned. 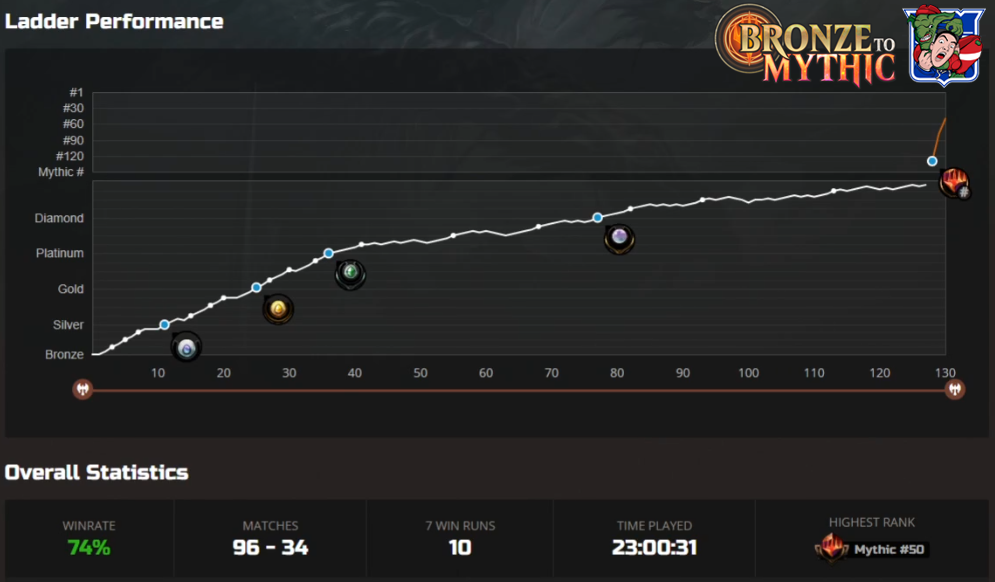 However, we're going to do things a bit differently.

Rather than giving you pick orders or ranking commons, we're going to be looking at the cards you actively don't want in your decks. Cards that may look okay, but due to flat power level and lack of synergy with the rest of the card pool fall short. In doing so, we will be talking about what each color wants to be doing and how to achieve those ends.

A Hill Giant Without A Cause

The year is 2021 and Hill Giant with non-synergistic upside is no longer a playable Limited card.

This can be a tough one to grasp for players who have been playing a long time, because a decade ago Hill Giants with upside were often the bread and butter of Limited decks. Hell, when I started drafting Snarling Undorak was considered one of the top Green commons in Onslaught!

The first reason for this is obvious, as power creep on creatures and threats has been a hallmark of Magic for years now when compared to the early days of the game. They used to be afraid to print a 2-drop 2/2 in Black or Red without a drawback (seriously, check out Goblin Firebug and Spineless Thug), but those days are long gone. Four mana is a very important point on the curve, and playing a creature that doesn't block well and requires more mana to do anything relevant on offense is a big ask.

The other reason Axgard Braggart falls short besides rate is that it doesn't really do anything.

Typically, White decks are either very aggressive, using equipment and auras to power through, or slower and more controlling as a support color for a foretell deck. Axgard Braggart doesn't really help with either of these goals, or honestly accomplish any goals at all. It's just a midlevel 4-drop that isn't awful, but is never great.

And therein lay the major lesson:

To win in Limited you need a plan, and your cards all need to work toward that plan.

Your cards need to accomplish something, which is something Axgard Braggart does not do. In a vacuum Axgard Braggart is a "better" card than something like Battlefield Raptor or Dread Rider, but both of those cards actually accomplish goals that your deck may require (the former a cheap attacker that wears equipment well, the later a board stabilizing win condition in slow snow or removal-heavy decks that couldn't find a better finisher).

Does this mean that Axgard Braggart should never make your deck? No, sometimes you need a 4-drop and it is certainly passable enough to see play. The point here is that your goal should be to draft a deck cohesive enough to not want to play Axgard Braggart.

This is a common theme we will see today.

Neither Enabler Nor Payoff

Okay, so take everything I just said about Axgard Braggart and copy/paste it here for Frostpeak Yeti. While Frostpeak Yeti runs into similar problems as Axgard Braggart, it sees a lot more play because people see a snow card and therefore want to play it in their snow deck as a payoff.

Snow decks, and synergy-based Limited decks in general, can often be separated into enablers and payoffs.

The snow lands are by far the most important enablers for drafting the snow deck, as they sit quietly in your mana base giving you value you would never normally get from basic lands. All of the duals and Shimmerdrift Vale also help you to support various colors and splashes. Cards like Sculptor of Winter or Glittering Frost help too, but you really don't need to be all snow all the time to make your payoffs work.

Once you've got your snow mana, which is relatively easy compared to some other synergy decks that need more assembling, you get to cast your high impact payoffs. Many times, these will be great rares you can splash or big uncommons like Spirit of the Aldergard, but realistically cards like Berg Strider and Icehide Troll are phenomenal cards that are good both early and late in the game.

So why is a card like Frostpeak Yeti not a good payoff when something like Berg Strider or Priest of the Haunted Edge is?

It's all about how the game plays out. Typically, your multicolored snow decks spend the first few turns of the game trying to get things together. Taplands, Path to the World Tree or Horizon Seeker to find those crucial snow lands and colors, with maybe some foretell or removal thrown into the mix. It's a task to get to the mid to late game where all of your powerful snow effects and splash cards can take over the game. As such, cards that can be defensive early but also good late are paramount.

Berg Strider is good on offense, but also a superb defensive card. It can come down and shut down an opponent's attack for a turn or two, giving you time to get your big cards online. Icehide Troll is very similar as it does a great job holding the fort, as does Priest of the Haunted Edge for early blocks.

Frostpeak Yeti does none of these things.

It is a very poor defender, often trading down with 3-drops or not even being able to put in for a good block. Then, when the game stabilizes and you've got time to spend your mana on your big cards, you're not really interested in spending two mana and losing a blocker to Lava Spike your opponent because you're behind and looking for big plays to catch up. It's never awful, but it's never really good either. It's also not a giant, which is one of the other big Blue synergy elements.

Like Axgard Braggart, it's not the end of the world for Frostpeak Yeti to end up in your deck if you're desperate for playables, but you should be drafting so this doesn't happen.

There are definitely other cards in the set that have the similar pitfalls as Axgard Braggart and Frostpeak Yeti.

Grim Draugr has the exact same problem as Frostpeak Yeti, as it's just not an element that snow decks would ever really want. More aggressive non-snow decks typically won't have the snow to support it and it's not really a great payoff anyway. There's very little graveyard synergy to maximize with Seize the Spoils, nor are Red decks using the treasure in any meaningful way, and the tempo you lose casting it is devastating. Something like Arachnoform also makes little sense, as there aren't major tribal payoffs anyway, and if you are playing toward tribal elements, you'd rather just play creatures of the tribe than try to turn your non-tribal cards into tribal. There are also tons of other and better creature enhancement options in the format with equipment and runes.

There's more, but the point here is not to show you every single card you may be overvaluing, but make you change the way you think about drafting.

Your goal is to draft a deck, a cohesive unit of cards that work together with purpose and a goal in mind. Every card in your deck should ideally be working toward this goal, meaning that some cards that may be awful for another player may be very good for you. If you've found the right lane during the draft, you can get these cards with your late picks while taking high quality removal and rares/uncommons with your early picks.

This is how to win in modern Limited environments.

* As a bonus, here are a few of my seven win draft runs from my Bronze to Mythic series. The entire series is archived on my YouTube if you'd like to do further study. *