Are you reading this column right now trying to make your start in the Commander format? Do you have a friend who would love Commander, but you donât know how to introduce him or her to the format. If the answer to either of those questions is âyes,â this is the article for you. You see, I have a New Yearâs resolution. No longer will I sit idly by while my Pro-Tour-Qualifier-grinding friends abstain from Commander games because they donât have decks. I think a lot of them would love the format if they really understood what was going on.

The absolute best way to help someone fall in love with Commander is to let him or her play it. We play this format because it has great gameplay and provides a fun way to hang out with friends, and if experiencing that isnât enough to make someone excited about it, Commanderâs probably just not that personâs cup of tea.

Whereas last week I showed you how to warp the Commander format to fulfill different needs, this week, weâre going to focus on the core of the formatâs experience. What makes Commander fun? What makes it unique? What is it all about?

One of the Commander formatâs foremost offerings is the ability to play with your favorite cards from Magicâs storied history. Like Legacy, the format allows you to play with just about anything, but being a casual rather than competitive format means Commander offers a lot more room to play with old gems that arenât capable of fighting Storm or Dredge. 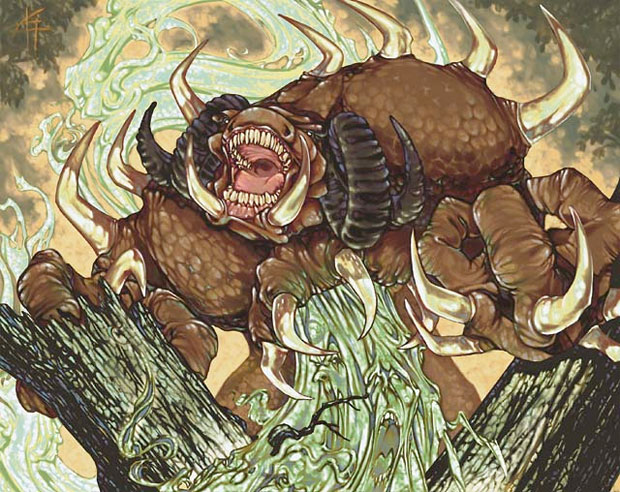 And Iâm not just talking about individual cards. Commander offers the opportunity to play more or less however youâd like to. Whatever hallmarks of the format I end up touching on should be eschewed if they conflict with what your new player wants to be doing. Thereâs absolutely no sense in forcing somebody who loves Goblins to play something else because âthe formatâs about big creatures.â A lot of decks can work, so let everyone pursue what they love.

Magic is full of cards with ludicrous casting costs or effects that require very specific conditions. Of late, some of these have been playable in Standard, but by and large, they havenât had their chance to shine. Commander is just that chance: Between increased life totals, multiple opponents, and the inconsistency inherent in singleton decks, Commander games take a long time. That means people have plenty of time to do crazy things like hardcast Worldspine Wurm or build a Rube Goldberg machine out of Merfolk, and they often do. 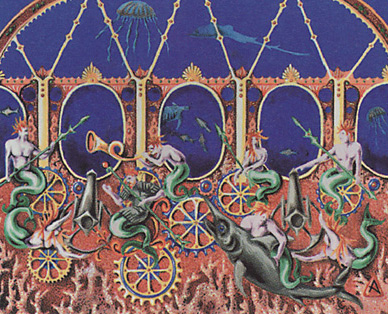 Many a Timmy will be blown away by the sheer scale of things you can do in Commander, and given that the majority of Magic players are Timmies, it seems to be a good way to show off the format.

If youâre reading this article trying to make your friend interested in Commander, youâre well on your way. One of the formatâs greatest advantages over tournament Magic is that it allows for a lot more social interaction between the participants. The only thing you can do directly to encourage this sort of interaction is set a good example, but if youâre handing somebody a deck, there are a fe6w things you can do to promote it.

The first layer of multiplayer interaction is deciding whom to attack. Filling your community inducteeâs deck with critters will allow him to threaten other players with attacks, but also, the choice to hold creatures back to block will allow him to take actions based on whether he trusts the rest of the table.

Cards like Swords to Plowshares and Beast Within can fulfill a similar role to creatures as far as being bargaining chips to get other players to do what you want, but their interaction doesnât end there. These cards make threat assessment important because itâs often better to hamper the threat than to remove the âbestâ target.

Donât Provide Too Many Archenemy Effects

Too many cards that hurt each opponent may encourage someone whoâs new to multiplayer to take on the whole table. If he does, heâll probably be killed quickly and have a lot less fun, so leave this sort of stuff on the sideline until your protÃ©gÃ© understands that he doesnât need to fight all of his opponents at once.

On top of all of that, Commander offers one more thing, not found in any other format: the ability to build around a card like never before. You always have access to your commander. 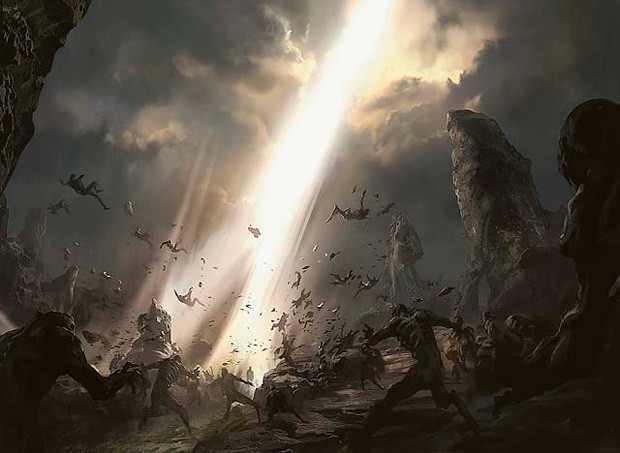 Okay, almost always. Anyway, the point is that decks in other formats need to work even if you donât draw a particular card, but you can count on having your commander, so you get to do things like run Heap Doll in your Shirei, Shizo's Caretaker deck. A new playerâs first deck doesnât need to be quite that all-in, but Iâd definitely recommend building around the commander a little bit.

Commander games lead to some of the most complex board states ever to grace the game, and some people consider that a positive feature. Regardless of your opinion on the matter, itâs imperative that you remember how overwhelming this can be for somebody whoâs not used to it. In order to ease somebody into the swing of things, you should start him off with a deck that doesnât draw too many cards, keep too many relevant abilities on the battlefield, or require its user to keep careful track of his graveyard. For most people, encountering that sort of complexity while theyâre still trying to learn the rules will leave them feeling lostânot exactly the best way to market a format.

All of these tips only help you if your potential recruit is already playing a game, but most people arenât going to be willing to shell out for a Commander deck before theyâve played. So, if you want to get people involved, itâs in your interest to put together at least one deck that fits the above criteria. As I noted at the start of this article, itâs more important that people play with strategies they enjoy, but Iâd recommend this list if youâre looking to build something for general recruitment.

Obviously, this isnât the only way to go. If you already have a simple deck full of creatures and answers that can make big, exciting plays and promotes social interaction, by all means use that. If, on the other hand, you donât have such a deck, I would highly recommend building one because the Commander communityâs a whole lot better when more of your friends are involved.