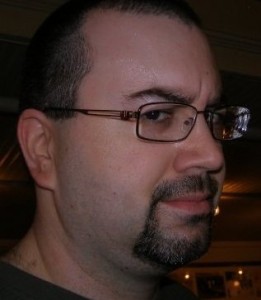 In Mark Gottlieb's July Rules Update he announced that he was moving on from the role of Rules Manager and that Matt Tabak would be taking over in his stead. We very nearly ran with the headline 'Tabak takes Dark Throne from Gottlieb' but decided the drama would only serve to confuse some readers. Gottlieb is not leaving Wizards of the Coast, instead he is moving to do some actual development for products and sets rather than juggle the rules.

Matt Tabak is a fairly recent addition to R&D, you can see him in our Archenemy episode playing against multiple opponents and providing some excellent insight into what and how an Archenemy should act. He was in charge of editing and templating the Archenemy product and so seems well suited to take on the responsibility of managing Magic's Comprehensive Rules.