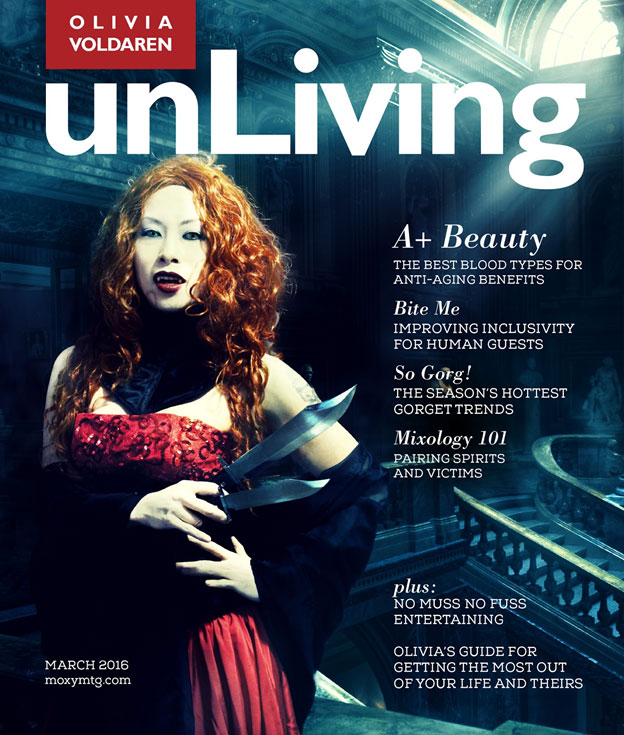 Are you drooling over Shadows over Innistrad yet? Olivia Voldaren is. As we get ready to return to the insanely popular plane in flavor-overload, full-on beastmode, letâs take a moment to appreciate everyoneâs favorite redheaded vampire.

âI started playing MTG just as Return to Ravnica was dropping, which meant I was in the game during the Standard season that included the original Innistrad block. I can't count how many of my poor dudes got gunned down or turned by Oliviaâ.â.â.â.â
â James Arnold 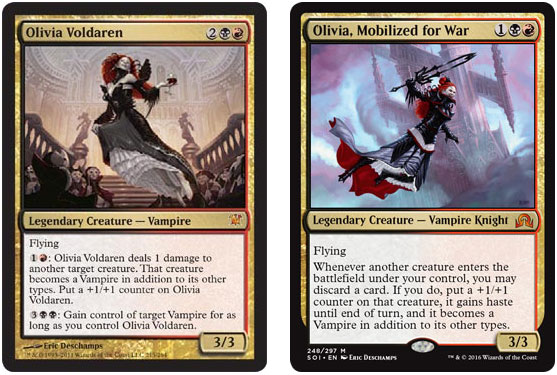 The idea for this article came to me as I was doing a vampire shoot for my token collection at Cardamajigs. The simplified cosplay concept was inspired by the idea of a âyoungâ Oliviaâor, in other words, newly-turned-bloodsucker Oliviaâperhaps at her first vampire masquerade. All this got me thinking about what is so very charming about Olivia? Sheâs been wildly popular since her debut.

If youâre new to Magic, your first experience will be with ready-for-war Olivia, and youâll want to get to know her a bit better. And if youâve been around Magicâs block, why, thisâll just be like going calling on an old friend, darling!

@moxymtg She's an awesome sexy vampire lady who is the ultimate hedonist and a warrior too. She's badass!

@moxymtg she gets the job done in modern Jund. What a house!

You can distill Oliviaâs look down to three components: high-impact red hair, a great dress, and an all-too-knowingâyet indifferentâMona Lisa smirk. Think Susan Sarandon or Diane von Furstenberg. Oliviaâs a stunner but not high-maintenance. Powerful, but doesnât have to flaunt it. She is in fact much more confident than say, Liliana Vessâa comparable character in the same Badass Ladies Club. The difference is that Olivia exudes a timeless elegance that comes from being truly comfortable with her own weirdness. 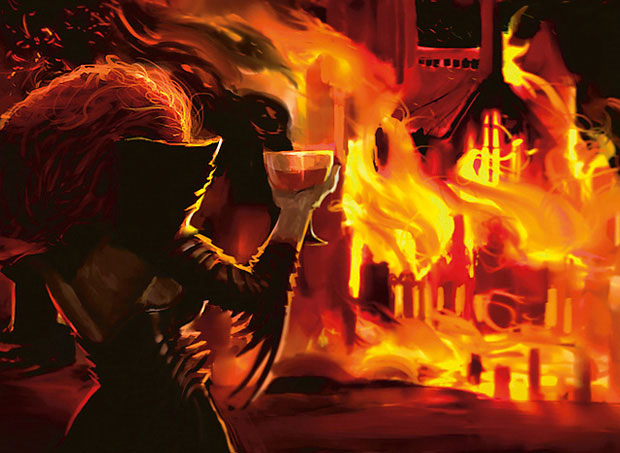 âHereâsâ.â.â.âto me, and the undying devotion of my fans.â Past in Flames by Anthony Jones

We now have two versions of lovely matriarch Olivia to enjoy, and while opinions seem split on both the old and new art, one thingâs for sure: Olivia keeps us talking, with flair.

@moxymtg the art itself I like, it shows you a new side to her, from luxury to war, time changes all things, even vampires. ð

The original Olivia art is famous for both its wonderful bon vivant mood and also an inexplicably stiff portion of her gown. The new art ports Olivia into an action scene, and yet, it continues the tradition of Voldaren sartorial controversy by including details like mysterious garter straps and avant garde footwear choices. 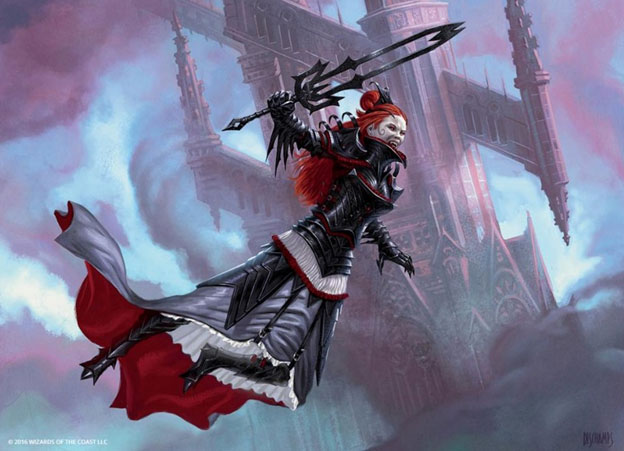 @moxymtg Her socks are so metal! Like, literally made of metal. But they're not boots. They're metal socks.

Hopefully by now youâve seen Christine Sprankleâs vibrant Olivia Voldaren cosplay, in which she channels the progenitorâs love of both mischief and a ridiculously restrictive gorget neck corsetâ.â.â.âthing. 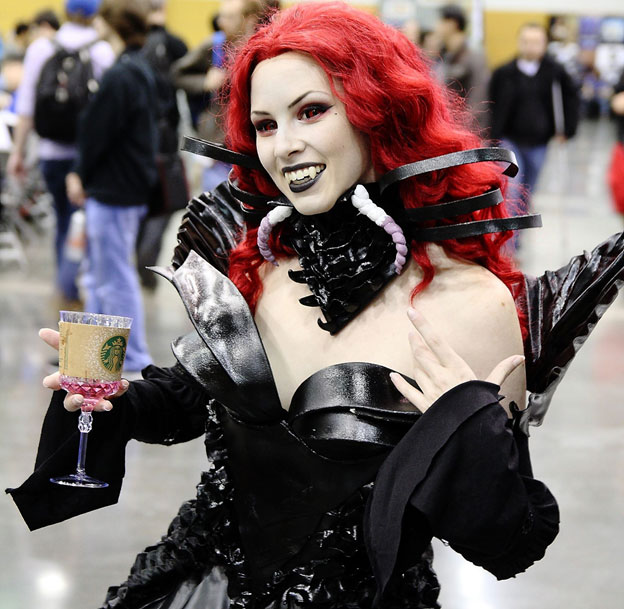 Olivia is among those characters that have hit the sweet spot at the intersection of Magic card valuation vectorsâthe bullseye on the tricorn hat, if you willâcementing her legacy.

Oliviaâs oddball charisma has recruited Sorin, Liliana, rival matriarch Drana, Kalastria Bloodchief, and even Erebos, God of the Dead to her cause in this Commander deck from Arielle Lien of Air Bubbles Cosplay.

âI'd always wanted a Vampire deck, and a friend told me about her, and I just fell in love!â says Arielle, who admits she cosplays red but is a black mage at heart in terms of playstyle. âAfter SOI is released, this deck will be getting a little bit of an overhaul. Gotta add some of that madness to it!â

As she is a vampire, we expect Olivia to be hedonistic. But sheâs strangely organized about itâthe A-list Event Planner of Innistrad. A known eccentric as a human, her rise to Voldaren Progenitor is cloaked in mystery. Perhaps weâll learn more of her past as Shadows over Innistrad unravels!

Ant Tessitoreâs âEcology of the Vampireâ is a great primer, so check that out if you missed it. 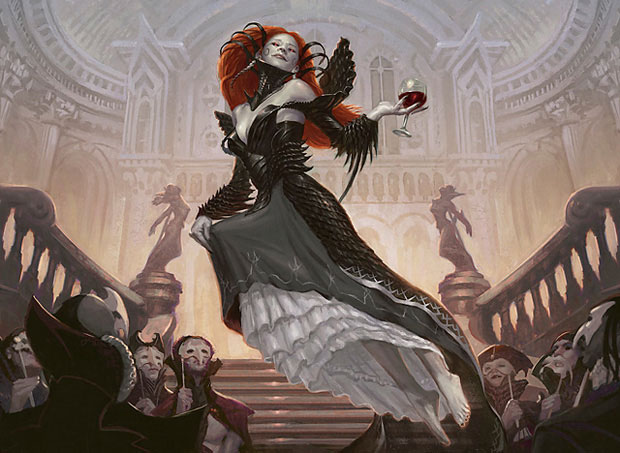 "I can make you dance to my tune like a puppet, your very blood eager to obey." âOlivia Voldaren (as quoted on Traitorous Blood). Olivia Voldaren by Eric Deschamps

Olivia is described as a bon vivantâwhat is that, exactly? Literally âgood living,â a bon vivant is: 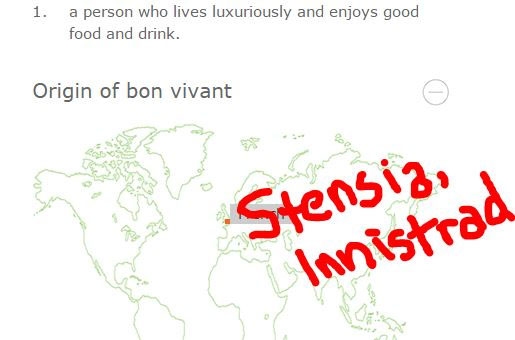 So if you plan to visit Oliviaâs parlor anytime soon, youâd best know the difference between scotch and rye, and hollandaise and bearnaise, and have at least mediocre Mario Kart skills. And never, ever say âfake gamer vampireâ in her presence or youâll probably end up as the next course, laved in one of the aforementioned sauces. 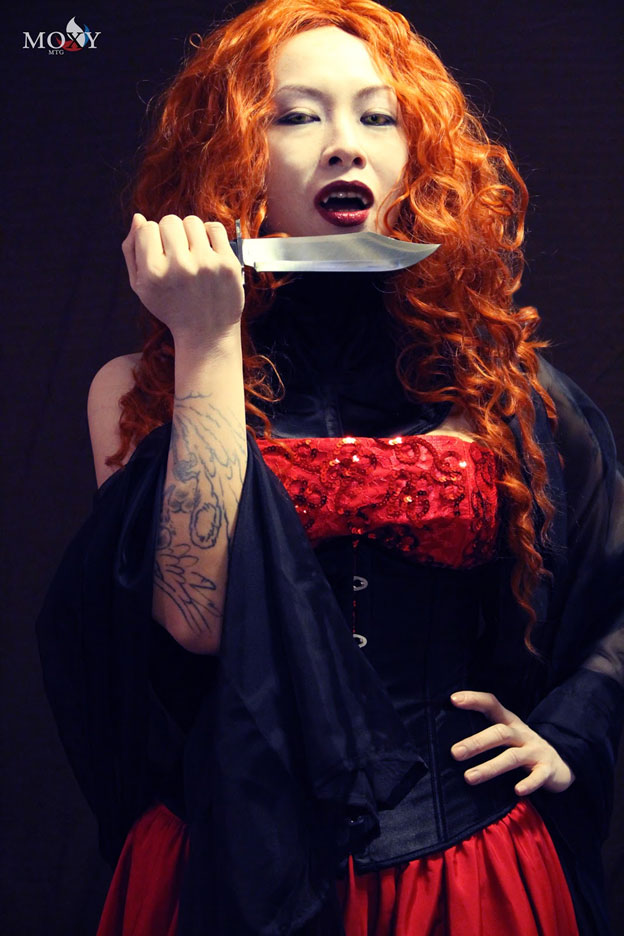 I recommend preparing for the horrors of our return to Innistrad via preemptive retail therapy. Cardamajigs.comâs Artist Token Series features designs from members of the community, including MTG cosplayers, local artists, and greats Peter Mohrbacher and Jason Engle. April pre-orders start March 25, with my redheaded neonate available as a Vampire token. 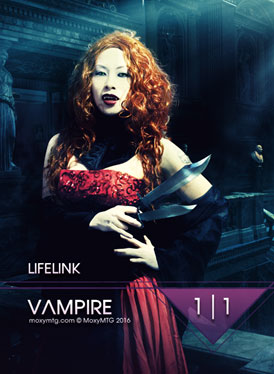 Hope you enjoyed this romp with our lady Voldaren. I for one am keeping my fangs crossed that she survives whatever the hell is going on in Shadows over Innistrad and we get to see more of her eccentricities and beatdowns for years to come. 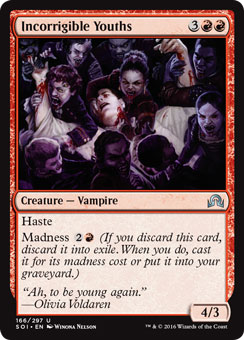 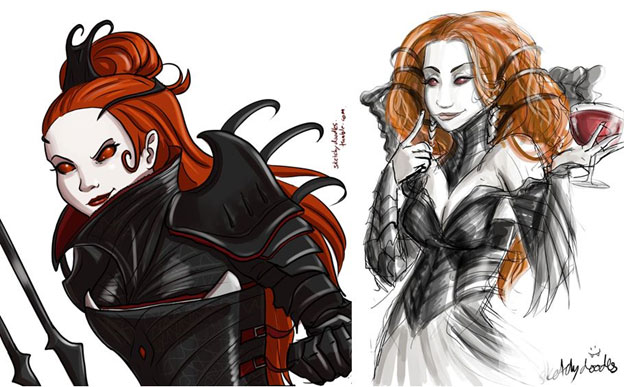 Till next time, may Magic be the explanation for your mysteriously stiff petticoats.