Welcome to another installment of the Life Ofâ.â.â.â series! This week, I talked to level 2 judge Jeff Higgins, from Oregon. Unlike the subject of my last article, you may have encountered one or two people who share a similar niche with him. If you go to a store regularly, you might see one or two judges hanging around, either making sure FNM runs smoothly or deck-checking you in round three of a PPTQ. I personally know Jeff from working with him at GPs. He was kind enough to participate in an interview, where he told me about what itâs like to live the judge lifestyle. 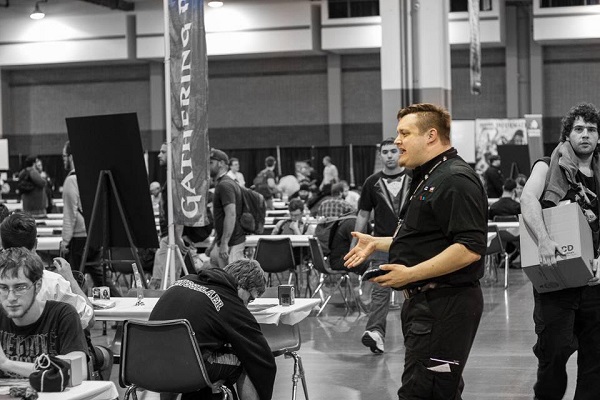 Jeff got started playing Magic by some friends at summer camp. âI always enjoyed things that were very strategy focused,â he says. When Jeff started playing Magic, he felt a thrill over spending time with people who âenjoyed the same passions.â He says that it was fun and rewarding. He started out just playing with friends, not going to a store to play until much later. However, there was something dissatisfying about playing more competitive Magic. Jeff explains, âThe format was Delver.â He says that he had a couple of friends who were judges at the time that turned him to the idea of judging for a change of pace. 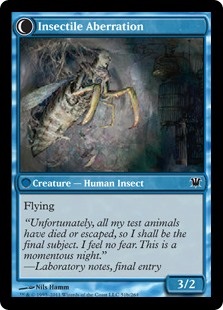 Jeff says that a âlarger percent [of my life] than I would like to admitâ is related to Magic. He tries to diversify, because there can be a trap of âjudge ALL the eventsâ that may be familiar to other judges. It is easily the largest thing in his life.

Jeff now spends at least two or three weekends a month judging, either travelling outside of Oregon or judging at a local store. He also spends a good amount of time working on projects in the judge community or mentoring. While the idea of mentoring may be more self-evident, you may not be familiar with âjudge projects.â Jeff explains that projects are a group of judges making a concerted effort to do something better. He gives examples such as player experience surveys, the annotated Infraction Procedure Guide and annotated Magic Tournament Rules to help judges understand policy. He says that âthe scope of projects is very wide, and I think thatâs a good thing.â

One of the things that draws many people to judging is the flexibility of the program. Not every judge travels, because they are not required to. For Jeff, who spends a large amount of time judging, he treats it as a job rather than a hobby. He considers his role to run professional tournaments focused on player experience. As someone who runs tournaments frequently, he has experience in logistics, which to judges includes all the little things from table numbers to match slips that make sure the players have to do as little work as possible outside of simply playing Magic. Jeff is also a resource to the players that know him. âI put effort into bridging divides between the players and the judge community,â he tells me.

One way that Jeff helps players better understand what judges do is by participating in a project called the Missed Trigger Guide. The guide is a resource for players that lists all the detrimental triggers in Standard, which are the triggers that players can get a warning for if they miss them at competitive events. Jeff explains, âOne of the things I am a fan of is consistency in applying policy,â which makes rules easier to follow for both judges and players. Jeff also makes an effort to help players de-stress and enjoy themselves at events, noting that âif I can help a player de-stress at an event, I am super happy with thatâ.â.â.âI canât change what happened, but I can get them back to the reason they showed up.â

One of the things that some players might never see is what goes into a Grand Prix from the judgeâs side. I asked Jeff to give me a run-down of what a day at a Grand Prix is like for him. Tournament days are very long, typically between 10-11 hours, and each judge is assigned a shift, morning, mid or late, ahead of time. Morning shift starts around 8 am. Each shift starts with a team meeting â for example, everyone on paper team will find out where the paper cutters are â and a briefing from âburgundiesâ (head judges for the main events). There is lots of communication ahead of time, from tournament organizers and judges. Jeff points out that the sealed build at GP Atlanta, where players could show up and get their pool whenever they wanted, rather than it being a set time, was made possible through extensive TO-judge communication.

In Atlanta, Jeff worked round one through nine. His team immediately posted pairings for round one. During round one of a Grand Prix, there is a list of things that need to get done or solved: pairings need to be posted, printer paper needs to be found, the paper cutter needs to be handy, and deck lists need to be sorted. There are teams of judges to handle each of these teams, but itâs the most hectic part of the day. Once the day begins, it is a lot calmer except at critical points, at the end and beginning of rounds. Jeff uses this time like most of us might at a large tournament. âI love watching Magicâ.â.â.âI love seeing the decks that people are playing, seeing the excitement of someone casting Aetherworks Marvel,â he says. He will also have discussions with other judges about policy or the rules, or catching up. The work comes first though: âGP days I try to stay in the zone. I give less regard to what is going on in my outside life and will tell people âIâm at work.ââ 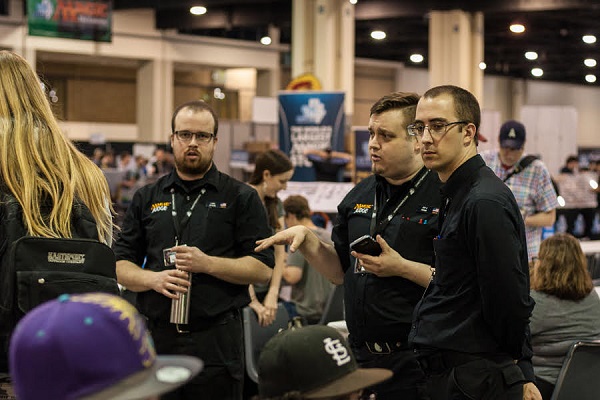 Jeff explains the mystery of why sometimes, it seems like there are less judges on the floor, and you might have your hand raised for a few seconds before someone can get to you. âThatâs because we are eating.â Judges typically take a lunch break with their team in round two, three, or four. âOver 11 hours, I would not want to be going straight through.â

Much of his time at a Grand Prix is spend answering player questions and directing players to where they can get resolutions, rather than answering judge calls. There are a lot of players who will be at a Grand Prix for the first time. Jeff says that a lot of judging a Grand Prix is just being there to solve problems or be available to answer questions â for example, he is frequently asked for oracle text of what a player thinks their opponent may sideboard in, and to answer questions about hypothetical board states.

Players attending a Grand Prix for the first time may find it chaotic. âGrand Prix look like these very hectic mass scrables, and bringing down that craziness is important,â Jeff says.

âIn the end, we are working at a card game tournament that people are going to for fun.â Jeff gave me resources for both players and judges who are at a Grand Prix. The GP Buddy Program, has a goal to put together first time Grand Prix judges with judges with more experience to show the newbies the ropes. Judges who are interested in that can find more information on the event staffing page on Judge Apps. Players may know a few people at the event, who can be a support network and a resource. If thereâs something they need help with, thereâs always judges! âBe willing to ask questions, and know itâs okay to not know whatâs going on,â Jeff says. 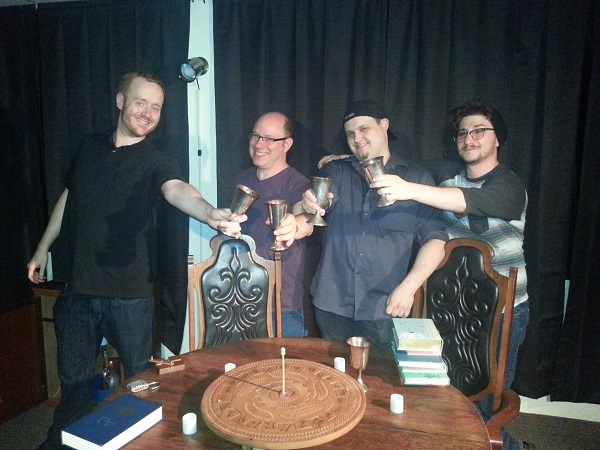 The best part of living the judge life, and being a part of the community, is the comradery, Jeff says. âThere is a large group of people that I consider friendsâ.â.â.âYou get a lot of excellent people working at these events.âJeff also says that he had some of his best moments through judging. Itâs something that in general will make me a better person. He says that one of the good things about his experience is that he and his friends and are helping make Magic more inclusive. He explains, âAt this point Iâve developed a fairly large presence on social media or at events. My favorite part is that I can use that to do good and influence others to do the same. My local players are going to have good experiences. If something comes up for them they can talk to me.â

Travelling to Grand Prix can take a toll though. âIâve been making a push to be cooking and eating healthier. Iâm not where I want with my weight and physical fitness level,â Jeff says, pointing out that judges especially tend to eat out a great deal at Grand Prix, given the time constraints. He talks about his local community and working to help the other judges within it. âAs much as I love working local events, I want to slowly pull back on that so newer judges can get those experiences. I would like to be playing Magic more. It helps train you to be a better judge. It also helps to treat it as fun.â

I asked Jeff what he thinks readers would find most surprising about living a judge lifestyle. He said that âWeâre not there to make player experiences miserable at events, penalize and throw the banhammer. I think that is a common misconception based on singular experiences.â Overall, he added, the judging lifestyle is very like the player lifestyle. âWeâre still staying at the same hotels, itâs not super luxurious. Weâre still humans with good events and events we struggle atâ.â.â.â The big difference is players will be battling while weâre running.â

Jeff can be found on Twitter as @sardonicslinger. Feel free to contact him if you have any questions about his interview! Thanks for reading!