During coverage of Pro Tour: Journey into Nyx, a promotional video was shown for Conspiracy that explained the mechanics of the set, as well as spoiling several of the cards within it.

The Conspiracy cardtype appears in boosters and does not count as one of the cards in your deck. You start the game with it in the command zone, and reveal it at some point in the game to do as it says. 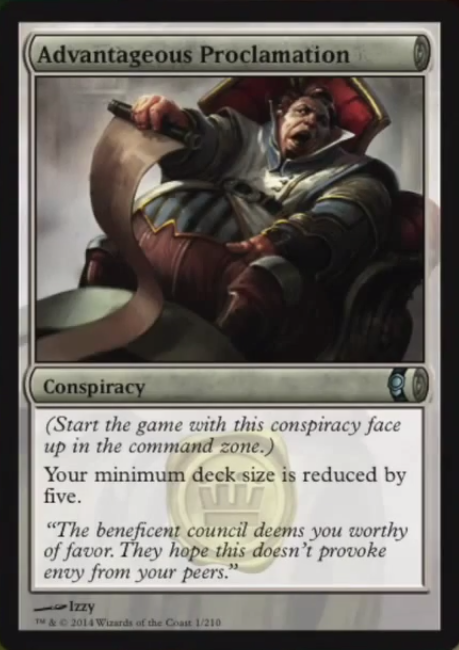 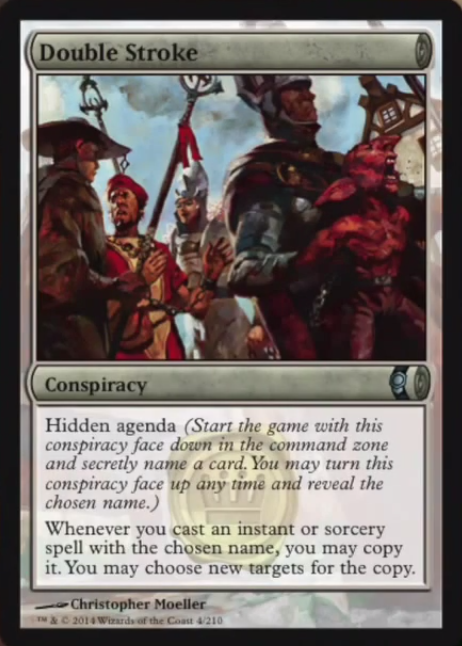 Parley is on several cards, and the mechanic can do nothing...or something quite powerful. 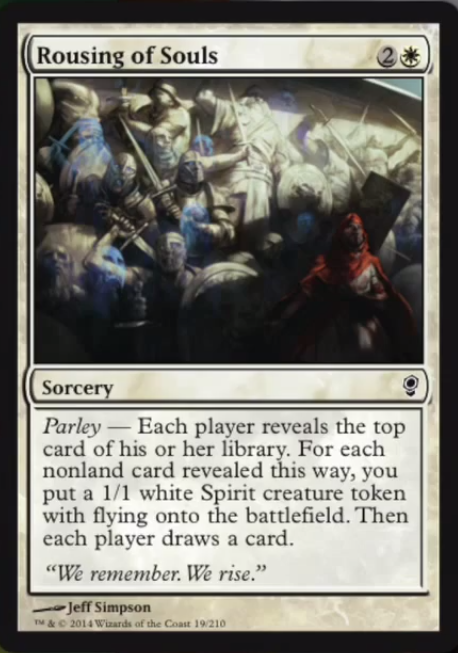 Will of the Council has been known for some time, but the types of effects people will vote on will vary wildly. 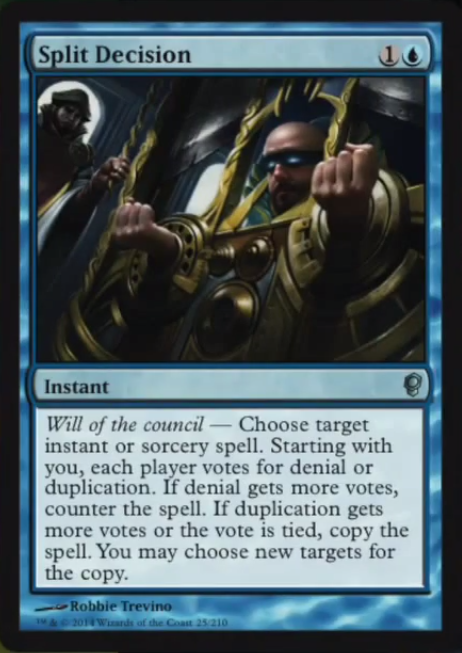 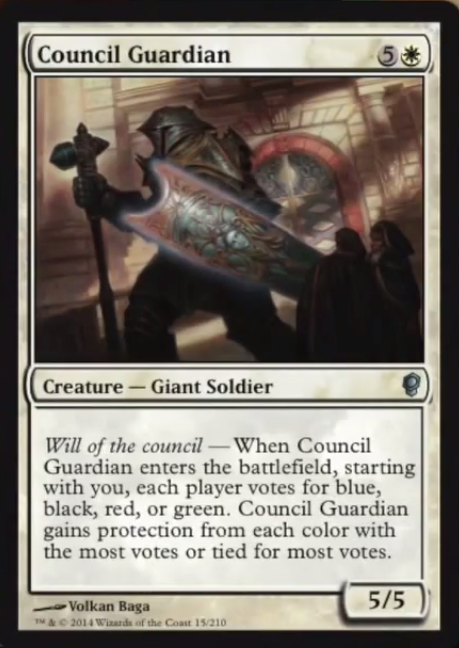 There are also several artifact creatures that do...interesting things during the draft process. 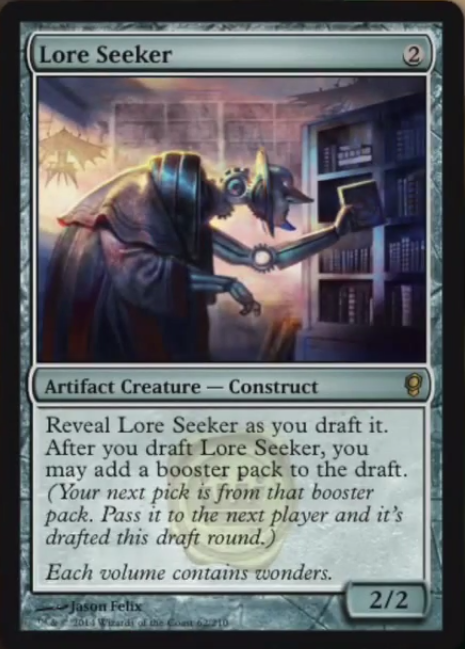 Check out the Conspiracy visual spoiler for more cards that were spoiled today!