Login
0 Item
Advanced Search
Sign In
Create Account
Since I wrote last weekâs article, it seems that some of what I and many others predicted has already come to light. The day after this article went live, Innistrad duals, Woodland Cemetery at the forefront, took a major leap in price. This was expected, and for anyone who was on the ball, it should prove to produce a healthy return. Though it typically takes more than a day for a prediction to prove itself, it is not surprising that people finally started reading the writing on the wall. I donât expect any of the other cards I mentioned last week to spike immediately, as they have to find homes and prove themselves in a brand new environment.

This week, I want to continue talking about some of the cards I expect to gain value after rotation and discuss some of the cards you the readers feel have potential moving forward. I also canât resist the urge to start talking about the new set, and although I wanted to wait until the full spoiler was up before delving in, I do want to touch on some cards this week. I will still be doing a set breakdownâonce we have the full spoiler next week or the week afterâwhere I will go farther in depth on the cards I mention in this article as well as others.

Before I start talking about the new set, I want to cover some of the reader-submitted cards and chime in with my opinion. I had some of these cards on the docket to discuss this week anyway, so it is great that the readers are on the ball looking toward rotation.

I love everything about this card after rotation, from its ability to produce blockers for control all the way to its role in aggro producing an army of tokens to pump or populate. Although Lingering Souls does seem to have a lot of potential, it is also an uncommon, meaning its ceiling is of course lower than a rare or mythic. This does not mean they are not worth picking up, though, since Dark Ascension is in all regards the red-headed stepchild of the Innistrad block and will probably be opened very little in the future. If we see some more support for W/B/x tokens, there is a good chance Lingering Souls could spike up to the $4 range. In this respect, it is also a good idea to keep an eye on Sorin, Lord of Innistrad, as he may climb if this deck does become a format player.

I have seen a few people talking about this cycle, and as much as I love the design of these lords, I am just not sure how plausible it is that they will see much play. Unfortunately, with so many board sweeps and combat tricks around, it is hard to stick to a tribal theme currently, and with Ravnica looking to give us even more efficient, low-cost removal, I donât see these guys spiking. If any of these cards were to go up, I would have to imagine it would be Stromkirk Captain, as he is the only one who stays on-color and provides an ability that can swing combat in your favor. I appreciate the Zombie lord as a potential playable card, but I just canât see Zombies wanting to stretch their mana for a fourth color just for this guy, and currently, red and green just seem like better options. In my opinion, these lords are good cards to slowly pick up over the next year as they come closer to rotation. Lord effects have always been popular among the casual crowd, and as with Lingering Souls, any card from Dark Ascension will be in short supply.

Champion of the Parish

I have been on this card since it was printed, and that has not ceased with the release of the spoilers for Ravnica. The new set has not revealed many new Humans, but the ones we have seen look to be playable and fit along the curve nicely. Unfortunately, the fact that Return to Ravnica has a lot of efficient removal also means that aggro may be snuffed out before it ever has the chance to shine. I am holding high hopes for this little 1-drop, and given the way he can just steal games in a few turns, I think if any W/x attack strategy plans on getting there quickly, this guy will be an instrumental part of that.

When the set was first released, Stromkirk Noble was a powerhouse, and since then, he has been neglected to the bulk bin for casual Vampire players to swoon over. I feel this card has a lot of potential next to the likes of Vexing Devil in a zoo strategy with some solid burn and midrange spells to keep your opponentsâ Thragtusks from ruining your day. It will be interesting to see this guyâs future, as his price range could swing by $5 or more if given the correct deck. I would pick them up if you can find them for cheap, but sadly, the way the format is shaping up, I donât see this strategy as all that viable given the midrange decksâ ability to gain life and blockers far quicker than you can typically overwhelm them.

I almost feel that I shouldnât talk about this card considering how biased I am. If this card doesnât see Constructed play, I will quite literally eat a play set. You can put me on record on this one because anyone who doesnât see the potential power of this enchantment is blind in my opinion. Again, I am about as biased as you can be when it comes to SÃ©ance, so take it as you will, but let me give you a short list of cards that are backbreaking with it.

I could in all likelihood write an entire article just on SÃ©ance, and if my affection for this card grows any deeper, I probably will, but for now, just consider some of the above applications. SÃ©ance allows you to recur during each playerâs turn, and although you donât have haste, you can still take advantage of enters-the-battlefield and leaves-the-battlefield triggers as well as cute tricks with populate on the nonlegendary targets. Not only does this allow you to reuse creatures, it also fits perfectly into a deck looking to Unburial Rites some of the larger targets while having an out against Grafdigger's Cage if that card becomes a problem. With all the ways to fill your grave among a variety of colors, I would not be surprised to see SÃ©ance crop up in multiple decks if given the correct recursion targets. Even bringing Niv-Mizzet, Dracogenius back with 6 mana up can be backbreaking if you can find a R/W/U control-deck shell. I should move on before I start writing that aforementioned article right here and nowâ.â.â.âI digress.

As promised, I want to touch on some of the new cards that have been revealed in the past few weeks before I departâor continue on how amazing I think SÃ©ance is. This set is full of spicy numbers for every format, and unlike most sets, Return to Ravnica looks as though it is going to require some attention on almost every rare. I donât want to go too far in depth this week, so I am just going to concentrate on the cards that look to strengthen already existing archetypes.

Although W/x aggro has fallen out of favor this past year it has been a huge player in block and as always looking at block to seek the future is a wise idea. I can see this fitting in the deck alongside Champion of the Parish to grow your army. Unfortunately the tokens arenât humans so gather the townsfolk may still take the lead in this spot but Precinct Captain is still a card to keep an eye on if you can get them for a bargain basement price.

It is no Vapor Snag for the purposes of Snapcaster Mage, but the overload can sometimes blow a game wide open. The versatility may also provide more game against control decks, so I can see this popping up in a wide range of decks both midrange and control. 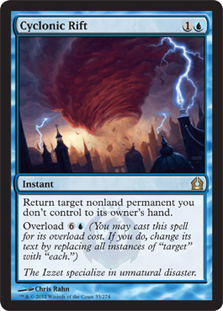 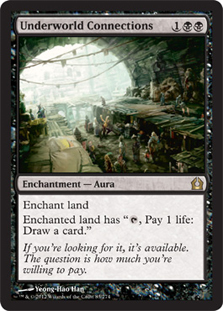 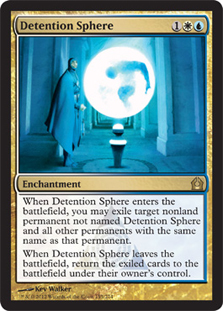 Grixis control will probably be looking for a card-advantage engine with the loss of Consecrated Sphinx, and this looks to fit the bill. You can compare this to Phyrexian Arena, but the way I see it, you are instead looking at a far more versatile, albeit fragile, form of card advantage. Cards such as Arbor Elf allow you to abuse this card, while at the same time, Ghost Quarter makes this a tough card to keep protected if it becomes a big player in the metagame.

This card seems like an Oblivion Ring at first, but when you delve deeper into the details of this card, you see the strengths it has over its predecessor. The first and most apparent of these abilities allows you to removal multiple of the same permanent, making this a great answer to tokens; whereas Oblivion Ring was typically something you looked forward to boarding out, this may be one of the keys to your victory. The second part of this cardâs key to success is the fact that you cannot use it on another Detention Sphere, meaning gone are the days when your opponent wins his bomb back in an Oblivion Ring battle. I expect great things from this card, and I think it may be one of the smartest pick-ups I have seen thus far.

I see a great deal of other cards that are certain to see play in changing archetypes, but I will save that for next week; after all, spoilers are so much more enjoyable when you see them in small doses. I am hoping we have most of the set next week so I can begin a full rundown, but if we donât, I will start talking about changing decks that I expect to shift into favor with the Return to Ravnica. B/G Zombies is on the top of my list, and for anyone pondering why I didnât cover some of the Golgari cards this week, it is because I feel B/G Zombies is a very different animal than its predecessors. I am sure you are all as excited about this set as I am, so tune in next week as I dive deeper into the recesses of Ravnica and see what hidden treasures we may find.