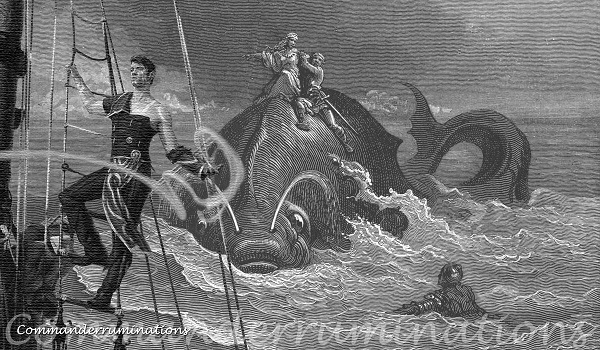 Today's build is another look at an "alternate" commander from one of the 2018 commander precon decks. I've actually been tempted to work on building Lord Windgrace Stax, but today's project s a very different kind of deck from what I usually build. Most of my decks are centered around trying to win on the battlefield, but this one is more like my take on Marwyn, the Nurturer.

For the low cost of

Xantcha, Sleeper Agent is a 5/5 who doesn't even stay on our side of the battlefield when we cast her.

While that sounds weird, we probably wouldn't want her under our control anyways.

She attacks each combat if able. She can't attack us or planeswalkers we control. The big deal with Xantcha is that any player can pay three mana and her controller will lose two life and the player activating her ability will draw a card. Any player can activate this ability, so if we used Homeward Path to get her onto our side of the field our opponents could (and should) use this ability to draw cards and slowly bring us down to zero life. If the player controlling her dies, we would also regain control of her, so that's something we'll need to keep in mind.

We then cast Xancha, and when she enters the battlefield we give her to an opponent. We pay for her ability to draw cards until we kill them. She then returns to our side of the battlefield. If we can sacrifice her and re-cast her we then get to move on to the next opponent, continuing the process until our opponents are all dead.

With a 100 card deck and four opponents at 40 life, that would require us to draw 20 cards per opponent, so we'd be drawing 80 cards. This isn't an insurmountable problem, but it's one we'll have to keep in mind.

Any player with a sacrifice outlet that involves sacrificing a creature as part of the payment for an ability will be able to simply sacrifice Xantcha before we are able to pay for her card draw / damage trigger. We'll kill opponents without sacrifice outlets first and hope to draw into removal or another way to win using our infinite mana.

This was a relatively easy task in Marwyn, as half of our infinite mana combo was in the command zone, but with Xantcha we'll need to work a little harder. We'll be running as many tutors as we can get our hands on. This deck is something of a one-trick pony. It wants to do one thing and it wants to do it as quickly as possible, so every possible tutor is fair game if it's in our colors and we can afford to run it.

Our infinite mana combos are going to require multiple cards so we'll hope to start with or draw into part of a combo and then tutor for the other parts.

These two cards allow us to generate infinite mana by paying

to use Rings of Brighthearth to copy the untap ability on Basalt Monolith. We tap the monolith for

, announce that we are paying for the untap ability on the monolith and then pay

to copy that untap ability. With two untaps on the stack we untap the monolith, tap it for another

mana, then untap it again - paying for another activation of Rings of Brighthearth. Grim Monolith also works for this combo, but is a little out of my price range.

With Deserted Temple you can use Rings to copy its untap target land trigger and untap both itself and Cabal Coffers. If you've got a land that taps for enough mana, this will also generate infinite mana.

Mikaeus, the Unhallowed is a legendary creature that will play a major role in this build. With Phyrexian Altar or Ashnod's Altar out there are a number of creatures that can be used to create infinite mana. Any creature with Persist will do the job pretty well.

This is another fun one. You have to pay 4 to equip Nim Deathmantle to Siege-Gang Commander after you sacrifice it to Ashnod's Altar. When it re-enters the battlefield you get three 1/1 goblin tokens which you can sacrifice for 2 mana each, giving you more than enough to again sacrifice and bring back Siege-Gang Commander. You could just make an infinitely wide army of goblins but we can also make infinite mana if we want. Myr Battlesphere, Emrakul's Hatcher, and Wurmcoil Engine will also work with this equipment, as they all generate enough creature tokens to allow us to pay for Nim Deathmantle and have at least one extra creature to sacrifice.

This is an easy one. Imprint Dark Ritual or Cabal Ritual on Isochron Scepter. Pay

mana to tap it and generate three Black mana. Untap with Paradox Engine. Rinse. Repeat. You don't even need mana rocks to untap, as your imprinted spell is generating more mana than it costs to pay for Isochron Scepter. You just need two mana to get it going.

Moving on to combos in Red, Mana Geyser on its own is pretty amazing, but when you pair it up with Reiterate you can copy Mana Geyser, buy Reiterate back and keep putting additional copies of Mana Geyser on the stack for as long as you like to make infinite Red mana, providing your opponents have at least seven tapped lands.

Things We Can't Do

One of my first thoughts when starting this build was that I really needed to include some ways to make things go a little faster. Killing a table of five could be a challenge if we're only doing two damage for every card we draw we'll eventually run out of cards.

I'd also really like a way to prevent our opponents from sacrificing Xantcha.

Ways to speed up this wincon might normally include damage doublers like Dictate of the Twin Gods and Furnace of Rath. You might also think that giving Xantcha infect would speed things along pretty nicely. Unfortunately, Xantcha does NOT deal damage when you pay for her ability. She causes life loss, so neither damage doublers nor infect will actually help.

I would also usually suggest using Assault Suit for a way to prevent someone from sacrificing a creature we control. It works well with Karona, False God, but the difference between Karona and Xantcha is a simple one. We cast and control Karona on our turn and have a chance to equip Assault Suit to her. When Xantcha enters the battlefield she immediately goes under the control of the opponent of our choice. That change of control goes on the stack immediately and equip costs are at sorcery speed. That means the stack must be empty, so we'll lose control of Xantcha before we can equip anything to her. I also don't really want Xantcha under my control for long enough for my opponents to start paying to draw cards and kill me.

Anyone suggesting damage doublers, infect or equipment has good instincts, but needs to look a little closer. At least for the approach I'm taking, I don't think any of these make sense.

It would be poor to solely rely upon Xantcha to try to win the game. One Nevermore and we'd be out of luck, so I want to add additional ways to be able to win. That means two things - additional infinite mana outlets and combo pieces that go along with some of our more dangerous cards like Mikaeus, the Unhallowed.

Any deck that's already trying to make and abuse infinite mana should have no shame about adding in other wincons that are frowned upon in casual circles. Walking Ballista and Triskelion work with Mikaeus to kill anyone who doesn't have hexproof, though Walking Ballista requires you to have a sacrifice outlet on the field for it to work. Murderous Redcap will just kill the table with its enter-the-battlefield damage provided you have a sacrifice outlet to keep killing him off and having him return.

With infinite mana, all three of these will probably just win you the game. Tilonalli's Summoner does require you to go to combat, but it's still a pretty strong play to attack your opponents with an arbitrarily large army of 1/1 elementals.

While Xantcha's ability only causes loss of life, there's an easy way to turn that life loss for our opponent into life gain for us. The enchantment Exquisite Blood does that nicely and if we're already running the meanest of combos there's no reason not to throw in Sanguine Bond for good measure. This deck isn't about playing fair - it's about winning at all costs as quickly as possible so this combo definitely isn't too nasty to be thrown into the mix.

I didn't go into great detail about our mana rocks because they aren't that exciting. We'll be running a full set along with a few Myr mana dorks to help us get to the point where we're able to start paying for early card draw using Xantcha's ability. Our Isochron Scepter / Paradox Engine combo doesn't really rely on mana rocks, but it'll be nice to have them as a way to speed things along.

Creatures that allow us to sacrifice a creature will play a role by allowing us to kill and re-cast Xantcha after we've killed an opponent. Viscera Seer and Bloodthrone Vampire will do that for us. This deck is a wonderful place to run Harmless Offering. This odd little sorcery will let us give Xantcha to a new opponent if we're trying to combo off and we don't have any sac outlets.

We may not have to worry about an opponent sending Xantcha at us, but we do need to stay alive long enough to find our combo pieces. I've long been a fan of deathtouch blockers as a way to discourage attacks in the early game. Flying deathtouch blockers are especially useful, as lots of decks will just fly right over your Typhoid Rats and Rancid Rats. I'm running those too, but I could easily see dropping them in favor of more removal spells.

The list I'm sharing is actually one card off from the actual deck I've built because I don't yet have a copy of Deserted Temple. I don't think this is actually a cEDH list but it's as close as I could get with the cards I had on hand and the budget I'm building under.

I had hoped to get a game in with this deck before sharing it with you, but the one game I was in was a short-lived affair for me and the deck didn't really get a chance to do much. One thing worth noting is that the first draft of this list had Kiki-Jiki, Mirror Breaker and its assorted combo pieces, but after lots of testing and some sage advice from my daughter I decided to pull those cards along with Cabal Stronghold and put in Black Market, Rogue's Passage, and some removal spells. Rogue's Passage will help us out if an opponent tries to run Xantcha into a deathtouch or overly large blocker.

I'm actually quite optimistic that this deck will prove to be pretty good, though I doubt it will ever be a true "cEDH", tier 1 or tier 1.5 commander.

That's all I've got for you today. I hope I've given you something that might help you out if you're considering building Xantcha, Sleeper Agent yourself.