Back above water from working on two Magic art shows, I noticed a new artist entering into the Magic community with her first card commission and wanted to shed some light on who she is.

All new artists should be interviewed, and while I'm unable to reach out to everyone, Lena accepted and here we are.

First of all, who is Lena Richards?

Let's get this confusion out of the way, because I know it bothers many hah - Lena is just a shorter and more casual version of Olena, less official. It's similar to Jenny for Jennifer.

I was born and raised in Ukraine in a quiet factory town. I'm from a family of factory and construction workers. I've never thought I'd be doing what I do nowadays since an artist is not a desirable or fancy profession in Ukraine.

Generally, parents are trying to steer their children away from art in favor of "real" trades. haha.

I followed that desire of my parents all the way through school and was preparing to apply myself in physics or chemistry until one random evening near the end of my high school years.

I started my art career at 17, gradually moving from newspaper illustrations to game art and book covers, migrating to trading card games such as World of Warcraft and various MMO games. In 2014, I moved to the USA and continued my career as a concept and illustrator for fantasy games. 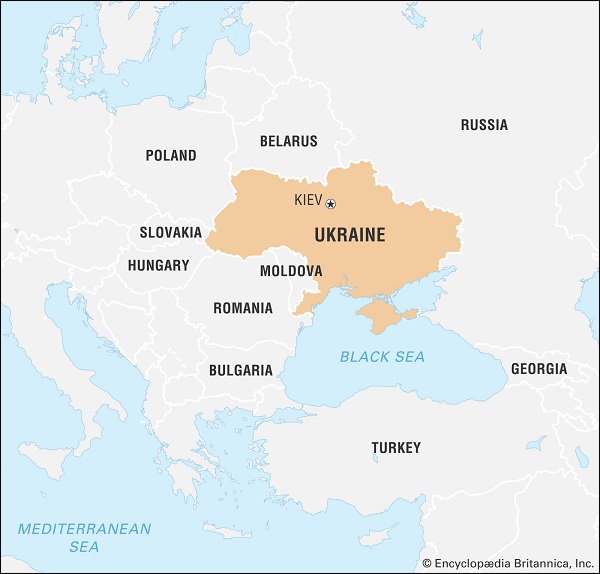 Also, as mentioned earlier, I was born and grew up in Ukraine and moved here only few years ago. Which, I have been told gives my art a very specific flavor. It's more still and heavily embellished with details, often text similar to illuminated manuscripts. In many of my concepts I'm still trying to sneak in elements of my Slavic heritage. :)

Did you go to art school? How were you taught?

No, no art school.

Being from a poor family I didn't really have a chance to go to a university or art school. Credit for education wasn't really a thing in my country either, at least I was not aware of it.. By chance, I happened to find a few simple jobs right after high school, most of them for a newspaper. Neither of them was paid well or could give me full hours since I still was a teenager and laws were forbidden to have me work more than 16 hours a week. So for the rest of the week I'd go to the library and find every book on art I could find and read it from cover to cover. And then just practice the heck out of it. :)

I would draw characters for my friends' D&D campaigns, or the character my friends were playing as at LARP gatherings. So many dark elves and orks!

I don't think my mom was understanding of all this fantasy stuff and why her daughter would draw tons of swords and such. Occasionally she would gather all those sketches and just throw them away. So I would just do more and more.

Your work is digital finals, I can see. Is there any part of it that is traditional-based, like thumbnails in pencil?

I use digital color because I've been moving a lot in last 5-7 years and it was inconvenient to proceed with traditional media. However, I have my sketchbook and mechanical pencils everywhere with me. A lot of my art still starts in pencil and gets colored digitally after.

I've never thought that sketches can be of value until I moved to USA. I generally used to just give it all away or abandon it after final illustration is done. 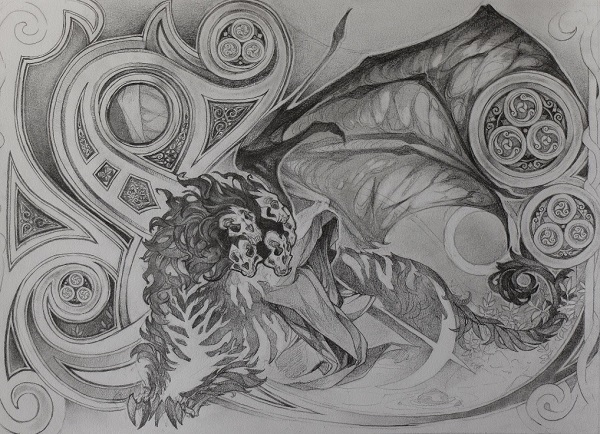 Reaper of Night by Lena Richards

Can you walk through your process? If you start in pencil, do you scan it? Then use in...photoshop? Painter?

Usually my pencils have a few stages. Initial thumbnails first, then one of them gets picked and I scale it up in light mechanical pencil strokes. Usually next passes go on the same page and I don't re-start drawing on a clean page. Instead, I take darker and thicker pencil and go over with more dynamic final lines.

Then drawing gets scanned and colored digitally.

I use exclusively Adobe Photoshop. This is just what I'm used to. I don't use any special brushes or filters, I like working with a minimal amount of tools the way I would in real life.

Now that I'm settled in the states, I'm thinking of transitioning to more traditionally made pieces.

Do you make prints/lithographs of your art? If so, where and how can folks get them going forward?

I do limited prints once in a while. Usually it's a pre-order on my site (lenarichards.com) or exclusively made for a convention.

I am selling originals on my site probably more often than prints themselves, for now.

Your personal work - can you share a few of your favorites in the past year?

It has been a bit hard to produce finished personal work lately due to the amount of work I have had to do. But if I had to pick it would be these: 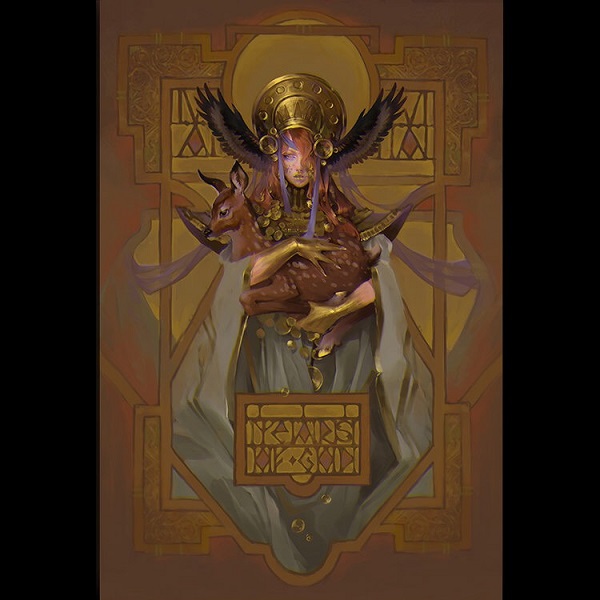 This one was done for personal project with integration of calligraphy.

And perhaps the latest one I'm working on right now. It is an illustration for a personal playmat for Magic. I'm trying to assemble good vampire deck. It is still a work in progress! 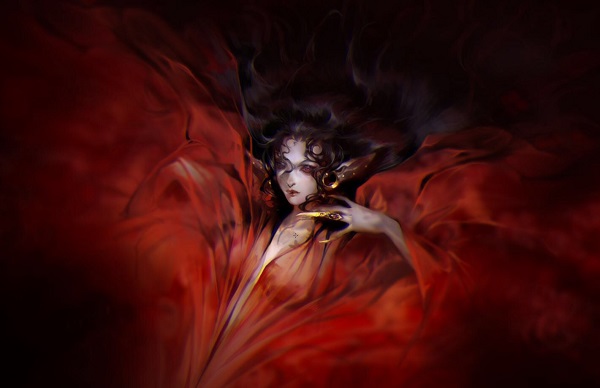 Inktober - I gotta ask, you taking part? Curious of your thoughts on it.

Yes :) I took part in the very first one. I haven't had a chance since because of work. I seem to have gotten faster lately, so I will be attempting to do all 30 days this year instead of making about five and then retreating in shadows.

I definitely know that feel. Changing subjects, what conventions do you usually go to? And where can Magic folks get you to sign their card next?

I'm planning to keep doing Lightbox Expo - this year was amazing. I often go to many cons as a visitor, so people can just DM me and ask if I'm around for a con and I can sign it for them whenever. Or they can just send it to my PO Box and I'll send it back once it's signed .

What does it mean to join Magic's rank as an artist?

Joining Magic's ranks is one of the milestones for me not only as an artist, but also as a genuine fan and fantasy lover. Through my career as an artist I was fortunate to work and contribute to many games I grew up with and love, Magic is no exception. It's coming full circle from child being fascinated by Magic to an adult joining the ranks of people that will pass it to the next generation. From apprentice to a sorceress. :) 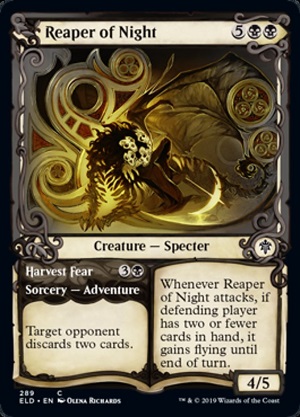 That's a button you need made at your con booth now. Absolutely.

What's it like...to other new artists breaking in, to experience the onslaught of messages asking if you work traditionally, and if they can buy your painting?

It's fascinating and somewhat weird to be honest. I did not used to think of myself as a fine artist. Art usually is a fun ride for me as a process. I do it for its process. Drawing for me is puzzle solving and I happened to love puzzles. I guess I feel lucky that now I can also pass it on to someone who has a genuine interest in original piece ... almost like an artifact!

We want to thank Lena for her time and we welcome her into the ranks. Say hello the next time you're at a Seattle convention. She will probably be there!