Login
0 Item
Advanced Search
Sign In
Create Account
Wizards of the Coast is typically loath to issue errata on cards, especially power-level errata. Try writing to them and making the case that the fact that Bruna, Light of Alabaster not having green in the casting cost was an âoversightâ and is âeasily correctible,â and see how that goes. Hereâs a hint: It goesâ.â.â.ânot well. Mostly, they laugh at you. If you want to play Bear Umbra and Keen Sense in a Bruna deck, youâre out of luck, it would seem.

That is, unless youâre willing to do the literally unthinkable and pick a commander like Jenara, Asura of War or Rafiq of the Many and include Bruna in the deck as part of the ninety-nine instead of as your commander. You can put a Bear Umbra on Bruna when Jenara is your commander, and you can even put a Bear Umbra on Jenara, which I have read on the Internet âdoes not suck.â Will it kill us to play the commander we really want to play, hidden inside of our ninety-nine, accessible only when fate or our ability to tutor for it wills it? Are we willing to leave it to chance that weâll find the commander we want? Is this the perfect way to make a 75% deck?

Perfect? Perhaps not. However, not having access to our chosen commander at all times, being susceptible to tuck (not that players havenât taken most of their tuck cards out of their decks because they forgot you might want to Spell Crumple a Life From the Loam), and in general relying on the luck of the draw can power-level-balance our decks in a way that refusing to play cards our group deems âtoo goodâ canât.

Perhaps you want to hide your âactualâ commander somewhere in the ninety-nine pile for flavor reasons. You know who you want the commander to be, or you know who the philosophical âleaderâ of the deck is, but having access to more colors than that creatureâs identity allows you appeals to you. If this is something you find yourself doing, you just might dig what the guys over at The Command Zone podcast are up to. 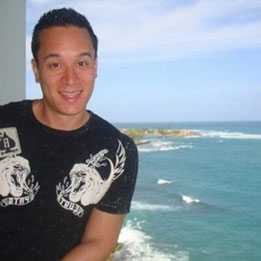 Whereâs he from? Cohosting The Command Zone. At least try to pick up on context clues.

Signature Deck: This week, I want to talk about âThe Tim Deck.â

75%? You bet. Itâs getting its own article. I realize I am copying the convention from last weekâs article and thatâs my fault, but of course the deck featured in this weekâs 75% article is 75%.

So who is the âcommanderâ of âThe Tim Deckâ? Technically, the commander is Riku of Two Reflections, but letâs be honest. The actual commander is Prodigal Sorcerer. And why not? Heâs a very powerful sorcerer. Having Tim as your philosophical commander means you build a Tim-esque deck and donât care if you ever summon Tim himself. There are enough Tim substitutes in a Temur-colored deck that you just need oneâespecially if you can use Riku to make sure Tim (or âTomâ or whoever) brings a pal along for double the face-burning. Is the deck underpowered and too concerned with flavor for its own good? Letâs have a look.

The deck is elegant in its simplicity, but perhaps its greatest strength is how you are likely to be overlooked until itâs too late. Even the simple Prodigal Sorcerer can be a force to be reckoned with when equipped with a Gorgon Flail. Iâd jam a Quietus Spike as well, but Iâm not about to waste a ton of time âtuningâ this deck because weâre here to talk about its concept, not to make it the perfect 75% list. If youâve been reading this column for a while, you understand that Survival of the Fittest is a card we want to take a second look at, but ultimately, there isnât anything even that problematic to tutor for. Weâre a flavor deck that has the power to explode on people.

Dismiss into Dream seems hilarious in this deck. Iâm old school, and I would include Intruder Alarm and maybe Mind Over Matter and Keen Sense for a terrible three-card combo with any Tim that can kill any player if you have forty cards to devote to the silly strategy. However, whatâs already in the deck is potent enough. Cards like Thousand-Year Elixir seem to have been tailor-made for the deck. You can forgive a few busted cards like Survival of the Fittest when what you have, in essence, is a flavorful deck that can do big things. The commander isnât integral to the deck, which was more important in the era when your commander could be tucked, but this is still an interesting way to go about building. The cards in the deck are whatâre important, leaving you to rely on the luck of the draw and built-in redundancy to get the job done.

Not relying on a commander for the deck to do its thing is a great way to make a deck 75%. This deck goes even further, not caring at all if it ever draws any given Tim, but even if we did have a creature that were instrumental to our strategy buried in the ninety-nine, being forced to draw it or a reasonable tutor like Worldly Tutor is a great way to make sure weâre not going to have it all the time. We have plenty of decks that can have access to their commanders every game and still end up 75%, so we can make the deck quite powerful and attenuate the power level in that way. In a lot of ways, this deck isnât even the best possible example of this concept, but it inspired me to talk about it. Itâs a fun deck, and this is my series, so, I donât knowâ.â.â.âdeal with it?

We still have some room for more discussion, so letâs talk about the other concept this deck caused me to think about, and thatâs redundancy. This Riku deck wants to have a Tim to get work done, but any Tim will do, and thatâs why the commander doesnât matter. Redundancy is a great way to make sure the luck of the draw doesnât pants you and that you can start to approach the consistency of a deck that has access to a commander the abilities of which are the lynchpin in the deck. If the commander doesnât matter and something in the ninety-nine is important, why not make sure you have multiple cracks at the card you want inside the ninety-nine? Luckily, The Command Zone has another sweet 75% deck that can illustrate this concept. 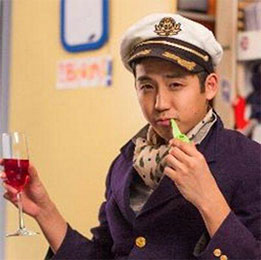 Whereâs he from? The Command Zone podcast, most impressively. Heâs also from various other projects if youâre into that sort of thingâbut mostly The Command Zone.

I really like the concept of cards that allow you to play as many copies as you want, and Shadowborn Apostleâs is a fun deck to play. Thrumming Stone shenanigans aside, the deck looks like a lot of fun to play, and while Athreos, God of Passage can make the deck even more absurd, heâs not necessarily necessary. The âcommanderâ in this deck, just as in the Riku deck, is actually a lot of potential cards. Far from a deck that âbuilds itselfâ as some say, this deck gives you room to be creative and find the perfect number of Apostles to run. Iâd run seventy-five copies of Shadowborn Apostle just for the lolz, but this deck runs thirty-one, and that probably means it runs a lot smoother than my troll deck and its fourteen lands would.

Okay, so this deck is 75% tutors. Still, I think it does a decent job of illustrating our point about burying the âcommanderâ in the ninety-nine. Granted, we have thirty-one commanders on top of Athreos, but increasing the odds of drawing the card we want seems fine to me if itâs within the rules of the game. Having Apostle is what makes things happen in the deck. It sets off a cascade of tutoring (tuition?), and that tends to make the deck a little homogenous in its win conditions, so I wouldnât recommend this as a 75% build, but I think this is a sweet deck to have built anyway, and I donât know that youâre necessarily going to win many more than 1 Ã· X games no matter how consistent it is because it seems relatively easy to disrupt and easy to see coming. Your opponents should be able to band together and stop you.

What I like about the addition of white is that we have cards like Remembrance and Athreos. A lot of Apostles decks are mono-black, so this deck is creative and kind of fun by comparison. Sure, Athreos is potent in a deck that sacrifices a lot of creatures a lot of times, but he could just as easily never leave the command zone and solely be there to give you access to white mana. Again, how 75% the deck is isnât as important as giving me a second deck to talk about our consistency-by-not-caring-which-of-your-many-âcommandersâ-you-get concept.

So, what do we think? Is making a deck in which the âcommanderâ could be more than one creature and burying it in the decks somewhere and using a placeholder as our commander a good way to make a deck 75%? I do! Itâs a concept that the boys over at The Command Zone have been doing as long as theyâve been a podcast. Josh Lee Kwai uses Child of Alara as the commander in his Nekusar, the Mindrazer deck, for example. Nekusar could be the commander, but using Child of Alara gives you a board wipe when you need it, it gives you access to green mana, and it makes you work a little harder to bring Nekusar out. The deck is quite powerful, but itâs also balanced by not having easy access to an untuckable Nekusar. If you donât draw Nekusar, you might draw one of your other âcommandersâ like Seizan, Perverter of Truth or Phyrexian Tyranny.

That does it for this installment! Join us next week whenâ.â.â.âI actually donât know yet. Thatâs half the fun, frankly. That means you have a chance to influence what we talk about next week, so keep sending me your decklists, make some noise in the comments section or on reddit, and thanks for reading. Until next time!