If you can be happy with a four-hour game of Commander, you have succeeded. Wooden chairs are right out unless the cushion is the size of Canada. If you want a night of Planechase, having comfortable chairs with a table at the appropriate height is nothing to scoff at. If youâre in a smaller room, maybe just an office or a place where a card table can be snuck into for a one-on-one game will also workâbut plan for it!

The Michelob Ultra bar sign might be nice in the space, but really think about how lighting can be directed toward areas. For example, with relative ease on Amazon, you can find a set of four lights you can hang above a card table for under $50. Go into a Home Depot and check out simplistic lighting to showroom and see what you actually like. There is something to be said about playing in an utterly dark room with just âspotâ lights on the play mats. It sure makes snacks and adult beverages more fitting while you whip out your Cube or draft the new Conspiracy set. 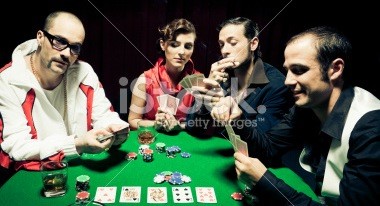 You donât need a rock-formation stairway to make your Magic cave feel ample. Many spaces will work, from offices to basements to spaces above a garage. The main point to keep in mind to transform it into your space is to have a physical separation from the rest of your home. This is not to be an exclusive space; rather, this is for entertaining with family, friends, and others who share the passion for the game with you. The little touches matter, so go all outâon a budget of course.

There used to be a Google application called, aptly, Google Sketchup, and I used to use it all the time while planning for smaller spaces while in college. It now lives in third-party world as just Sketchup. While you only have under ten hours free to use, itâs really all you need to make it a reality. Take a screenshot or print it out, and you have your blueprint from a top view. Itâs oddly satisfying to see exactly what youâre trying to accomplish. It cuts out wasted space pretty quickly and really forces you to think about storage.

If you pay attention to my column, I do write on inexpensive original art to own; often, itâs under the cost of a Mox. As for prints, go to a Grand Prix or any larger event, and a signed, numbered print can be easily gained. If that isnât possibleâjust e-mail an artist and ask to buy a print. Theyâre usually $10 to $30, and more often than not, theyâre $10. Itâs not as though I made a list of artist to contact thatâs easily found.

These things are now lowest at $60. Theyâre cool, but very, very fragile. Be crazy-considerate when shipping them. The first run had Shivan Dragon and the Spirit Link art, with a few others. I havenât seen one in ages, and theyâre often the ones in the $100s range. Regardless, theyâre super-cool for an entertainment case or atop a bookshelf.

I am utterly shocked more people donât do this. These are often had for $5 to $10 by searching Google for them. If you add a premade frame for under $15, you then have wall art. I canât make it easier for you.

If the mat doesnât fit exactly from a frame at Target or wherever, bring it to a Michaels, and they will cut a mat for a nominal amount and add textile tape to attach it securely. Itâs an impressive thing to have three of these on a wall. Iâd push for a Brushland, a Karplusan Forest, and one of the Arena lands, but thatâs just me. 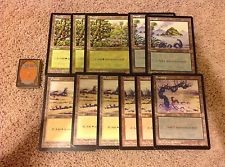 Listen, if youâre going to show your stash of cards, do it big. Donât have piles. Piles are dumb. Have something to categorize and showcase your collection like a boss. Obtain a library card catalog like its 1988. 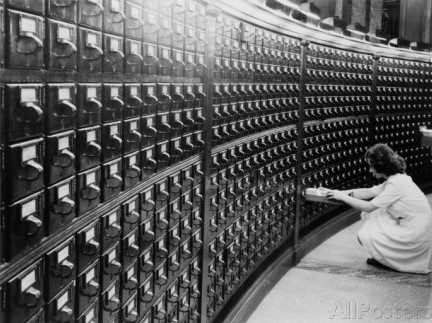 Image via Library of Congress and AllPosters.com

After digging into my next Magic-thing-that-should-exist column, I found an odd amount that fit here. Also, I realize that I should just commission more local artisans to just make these things. I come up with ideas all the time, but talk is cheap. Maybe thatâll be a 2015 goal: Take a year off from buying art to just be a catalyst for MTG community ideas. Iâll marinate on it.

A Volrath-and-Gerrard, a Urza-and-Mishra, or a Ajani-and-company-versus-Nicol-Bolas bookend could work rather easily. Even Ravnica logos could be a great bookend set. Make the bookends included in a very exclusive Planeswalker Duel Deck, and you have a $100 product without even trying. Add an art book on the cards in the Duel Deck, with sketches in a nice, leather hardcover, and you can name your price for the commemorative box. Itâd be way more than $10âway more, you guys. 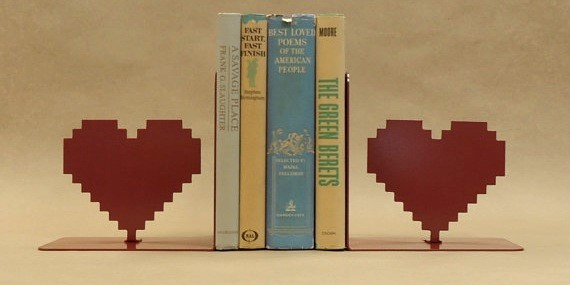 While a Seattle vendor has made great gaming tables, I have yet to see major strides in man-cave furniture at conventions like Gen Con and PAX. Sure, some have been there, but as the gaming population ages, we have a bit more expendable income to spend on customizing our spaces. Itâs why Magic is so popular currently: All the alumni players can actually come back into the game from a previous foray and buy in hard.

In short, one will be made, but it wonât be this year.

Gotta stay comfortable. With the Fblthp plush selling like hotcakes, pillows and other Etsy-created products are just down the hall. 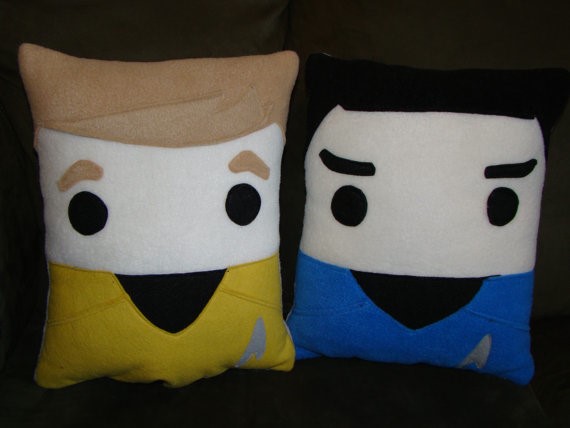 Image via telahmarie on Etsy

Listen, if you need your walls to just match your Simic self, you might be able to guess the rough green and blue colors, but why not be perfectly accurate? We donât know what the exact colors are, but I can ask art director Jeremy Jarvis for the exact colors. If someone wants to beat me to the punch by finding out within twenty-four hours of this article dropping, Iâll hook âem up with some Vorthos swag because God knows I have a lot of it. Find all twenty colors, and post in the comments belowâ.â.â.â 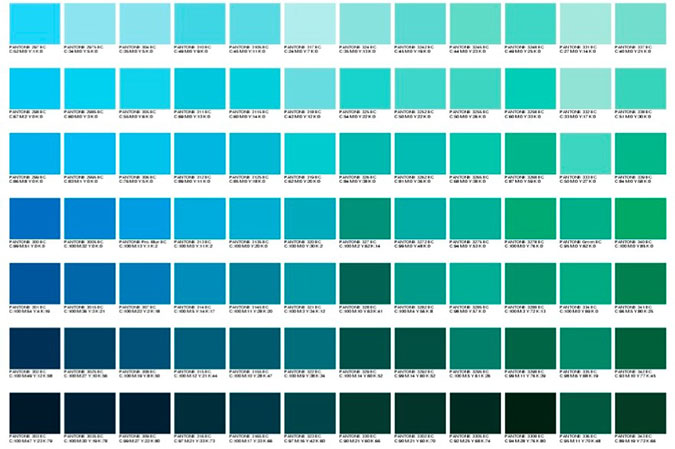 It doesnât exist yet, but as we look to Star Wars, we could easily see it happening with Planeswalkers. If you know a graphic designer with timeâitâs really just asking him or her to make a four-, six-, or eight-circle repeating pattern. Iâm not talking just repeating Magic logos or Izzet symbols. Iâm talking full wallpaper with themes like dragons in red or some type of continuous Fathead wall clings of Mirrodin panorama lands, too! 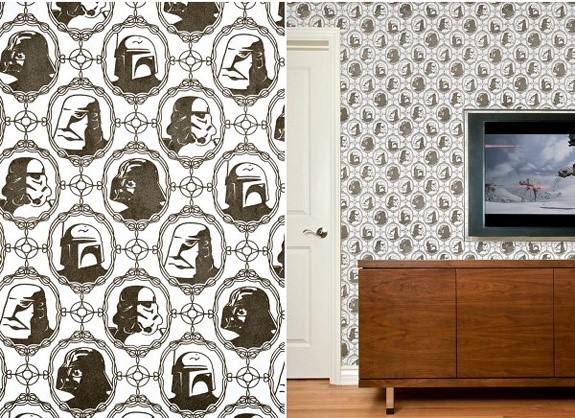 Originally via ThinkGeek, but no longer available. Cached here.

Smart TVs Need to Be Able to Use Twitch with Ease.

While I would love an effort to use Twitch to play the Micropose PC game, simply being able to watch a Pro Tour with friends on a TVâa real professional gaming event with beers and popcornâis just out of reach. Iâm sure theyâre getting there. Mark my words: Twitch will be more usable in the very near future on TVs. Additionally, Magic will eventually just be on a network. It might not be on ESPN2 like the Pro Tour and World Championships used to be, but perhaps ESPN8 or a gaming sports network will arise in the future. League of Legends isnât going anywhere, and if a station can find an audience like South Korea, primetime matches will be just on TV perhaps during a local game storeâs Friday Night Magic or Draft.

My wife and I picked up a 32â LED crazy-thin TV for like $150. Itâs gotten to absurdity that 80â televisions can be in your home, not a dystopian movie future. If your âcaveâ is a living room, a TV is obvious, but what about an office? An office or smaller den space needs ambient noise or something to look up at between working on sideboards and altering cards. Also, make it bigâseeing four tables at the same time was a welcome addition this past weekend.

All it takes is one vendor at Gen Con, and weâd have Tarmogoyfs on our walls. Make it under $300, and you definitely have a small print run of them, no problem.

Huh, we donât have guild drinks. I just realized this. There is no shot that looks just like the Ravnica or Alara colors. To that point, we donât have a strong subculture of microbrewing kits that represent guilds, creatures, or the like either. Some of that is due to Magic being a game for teenagers to start, but thereâs no reason that aspects of the game couldnât cross over into a home barâs repertoire. I like the idea of a bar in a basement with Magic insignia all over itâmaybe the Jones sodas that were briefly popular could be included, but a commemorative soda doesnât last. We need something to consume over long Commander games with friends on a Saturday night, no?

Think about it, and Iâll talk to MJâwho has bartended rather extensivelyâabout some marquee drinks for guilds and such.

Figurines when Hasbro Has Them ReadyâAgain

Back in 2003, figurines were made. Theyâre incredibly rare, and people largely donât even know they exist. If you have some or know someone who does, have that person get in touch with me!

If you havenât heard by now, Hasbro has figures coming out soon, and those will be what youâd acquire. Also, please buy them if youâre on the fence because if the sales are terrible, they wonât retry making them for another decadeâseriously.

Keep them on a lower shelf, as someone who has kids will want to play with them. This is a good thing!

My own Magic cave will be a guest bedroom with a bed, two leather chairs that will fit around a table, and art all over the walls. I just need to fix lighting in there! Iâll get it started and then start circulating pictures.