Magic: The Gathering is a visually beautiful collectible card game. The worlds that the game takes place upon, planes, have hundreds of depictions that create an utterly unique immersive experience. I write on a weekly basis here for GatheringMagic covering art and storyline, the Vorthos elements of the game, and the visual experience is what sucked me into the game and retains my hard-earned dollars and interest in a time of ever-present options.

One past Magic official art book has been created with one small collection in a comic book as well. Lizz Baldwin edited that 1998 book, and fifteen years later, that book has skyrocketed to over $50 for 122 pages of beautiful art. The Magic encyclopedias are also rather popular, as very few copies exist even on eBay or Amazon. While they arenât art resources, per se, they are handy compilations to see a lot of art easily.

We can honor the last fifteen years and use art assets for an introduction in every Magic-playing home, on every living room table, by creating a new book. We cannot have a book printed unless we, as the player base, unite to ask that one be made. Without people signing up to say, "Yes, I would like this," no future art compilation book will be createdâever.

With that, Iâm taking up the charge to have a book made of in-game used art. I talked about it being made in a Future Magic Trinkets article, but that was not enough. I foolishly thought others would make it. That is on me. In this world, if you want something done and know others do, too, take the first step, and get that damn ball rolling. So I did, and I am. 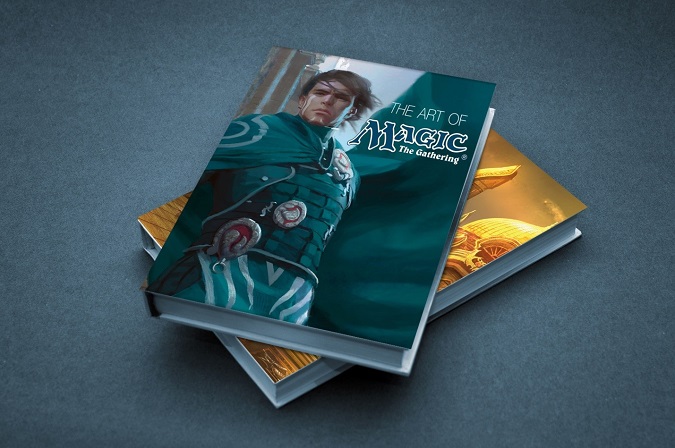 I have heard rumors, estimates, really, that Agents of Artifice had a print run of about 5,000 copies. With those copies, an alternate-art Jace Beleren was added as an incentive to the book. I bought my hardcover book for $25 and received my planeswalker. Itâs now nearly $150 for that planeswalker due to the print run. I figure that if an art book needs to be made, we will need at least 5,000 people interested in purchasing the art book, with 7,500 being more realistic.

So, to start Step 1, I made a petition. The site is pretty barebones, but frankly, thatâs all we need, and itâs free. Interest trumps aesthetics, at least, at this point.

What is the first and most important question? Thankfully, theyâve already answered it: Will my information be kept private?

We take your privacy very seriously at iPetitions. After signing a petition, you will receive a single email confirming that your signature has been recorded. iPetitions will not use your email or information for any other purpose unless you have checked a box on the petition indicating that we can contact you for other petitions and iPetitions-related information. Even if you check this box, we will never release your email address or other information to any third party. The only other person or group who will receive your information is the host of the petition you have signed. iPetitions cannot control how that individual or group uses your information, but we take privacy violations very seriously and if you suspect that your information is being misused, we urge you to contact us immediately with all the relevant information. You can read more about our privacy policies here.

Frankly, I wonât share it with anyone. Thereâs no reason to at this point. Maybe things change when Step 2 arrives, but before Step 3 arrives, we need two things:

Step 2 â Wizards Gets Onboard

Once Wizards knows we want a book, has the consumer numbers to make it financially viable, and trusts the process, we receive approval. Approval will be a multi-stage process through the Brand team of @ElaineChase and co, the Creative team, and of legal documentationâbut more importantly, it will be important deciding what art assets can be included and which ones cannot. I would push for an entire planeâs worth of all sketches, all final art products, and all style guide images of a set that is not in Standard tournament play, such as Mirrodin or Kamigawa, at this point.

I know a few people who have done successful Kickstarters. Anyone can swing for the fences once and be funded, but itâs the creator who has done a half dozen or more campaigns whom we would need.

The team would not be limited to these members, or even be guaranteed to be them, but the talent is available. I would have a considerably longer list of proofers with community-minded members of Magic.

A normal distribution plan could be fun, just as with Agents of Artifice, but the risk is higher. Just as licensing agreements prevent massive potential sunk costs, I would suggest a crowd-funding initiative. This would also be a way for Wizards to test out whether their consumers would use that as a funding area for any potential future projects.

I care very little how much any project like this would raise in private capital, but rather, I am looking to see the âcommunity profitsâ from a creation like this. It creates a standard of Magic art instead of upcoming artists having to buy four or give Spectrum Annual books to see what Magic looks and feels like. If volumes were possibleâRath, Mirrodin, Ravnicaâit would create standards for artists to hit by emulating masters of imaginative realism and, I hope, push art-making forward.

In addition, Wizards would profit tremendously by having an advertisement of their game in homes. You think a tee-shirt grabs someoneâs attention? How about a five-pound book that sits in plain sight every minute of every day? Word.

Weâre at Step 1. Sign the damn petition, and letâs get this rolling.