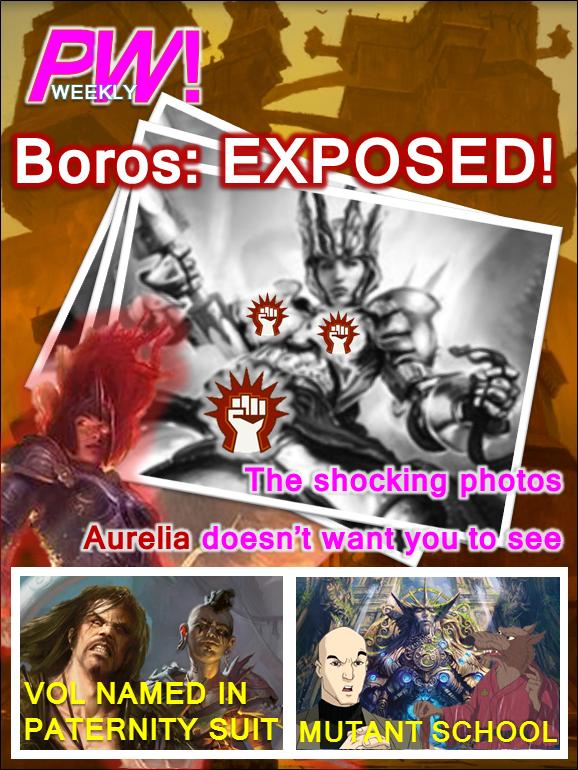 Move over, Blustersquall chickâ.â.â.âa hot new lady is crashing the gates of controversy this month, and this time, it has nothing to do with breasts: Skyknight Legionnaire is riding high on the mechanical bull of a backlash maelstrom!

A perennial Magic favorite, Skynightâwhose given name is Mulva Pelvicaârecently caused a media storm with the release of her reprint and, uh, vibrant new look.

Dubbed âCrotchknight Legionnaireâ and âCrotchal Regionnaireâ by critics, PW! caught up with Pelvica as she did routine maintenance on her cod piec e at the Boros garrison.

âI have no idea what all the *bleep* hot fuss is about. If Albert Pujols was wrestling an Armada Wurm on a baseball card, no one would care. All this criticism is sexist,â said Pelvica.

When PW! pointed out that the new Legionnaire pose had been IDâd as overly sexual and gratuitous by some of MTGâs notable leading feminists, Pelvica was still pissed.

âSo itâs a low angle. So it looks like my lady bits are outlined in Sharpie. So my name is Mulva Pelvica. So what? Paula Creamerâs name is Creamer. Iâve been around for years. Youâd think theyâd give me the benefit of the doubt.â

Pelvicaâs new look, designed by Anthony Palumbo, whoâs known for his sexy women (that Angel token and that Disciple of the Old Ways)â.â.â.â 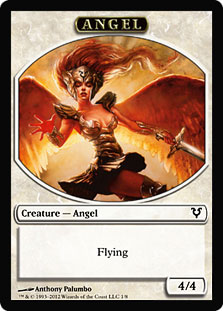 â.â.â.âand edgy artistic interpretations (Contagion Clasp has his own Twitter and was voted Sexiest Clasp Alive by Esquire in 2010), garnered a variety of reactions from her Gatecrash and RTR peers. 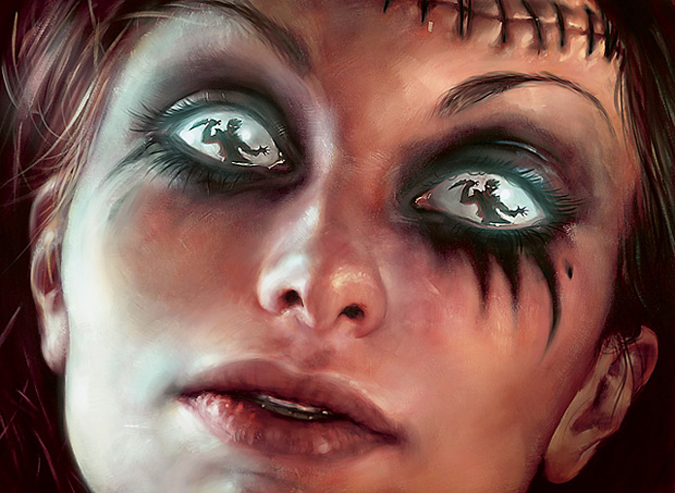 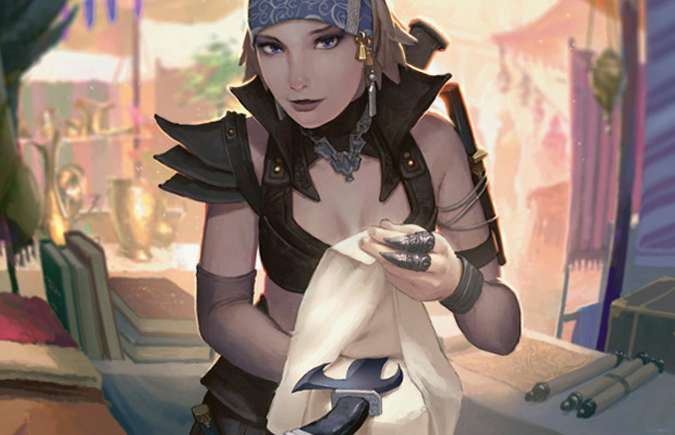 âIf I had her bod, Iâd do a crotch shot, too, said Tavern Swindler. 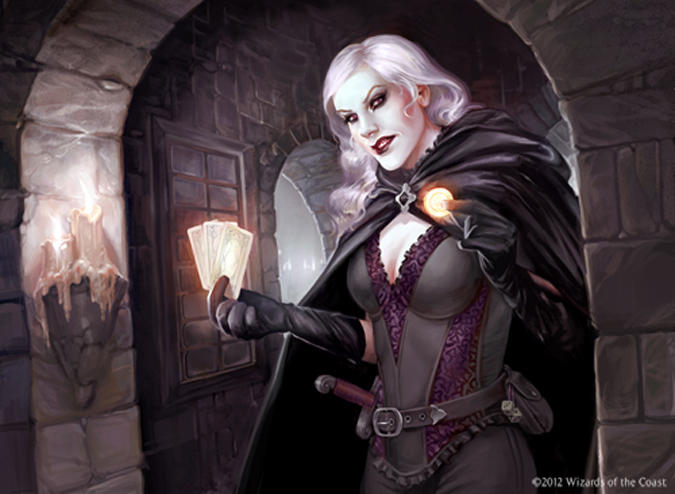 âShe totally sold out,â commented Agrus Kos. âLook at her old card next to the new. Instead of her grace and skills, all we see now is her pubic bone. Thanks for setting the Boros Legion back a hundred years!â 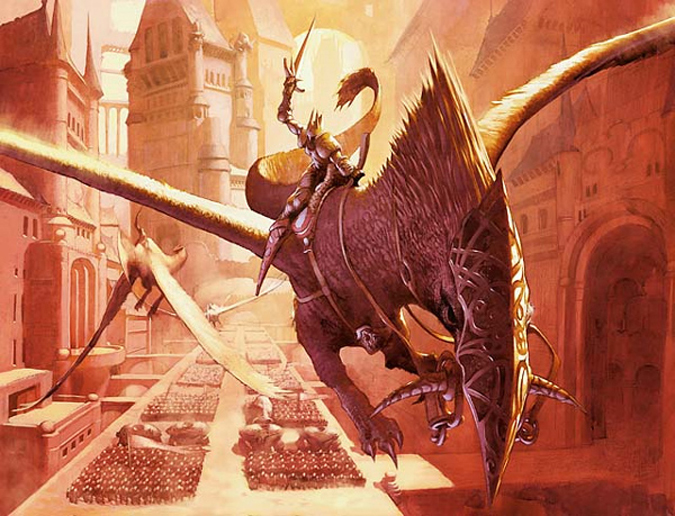 Oak Street Innkeeper, famed for her sensual and (possibly artificial) perfected look, offered these thoughts: âLook, this is business. We have to sell our product, make a living. But you canât sell your soul or youâve got nothing. Each of us women in Magic has to decide for herself which line is the right one to walk.â 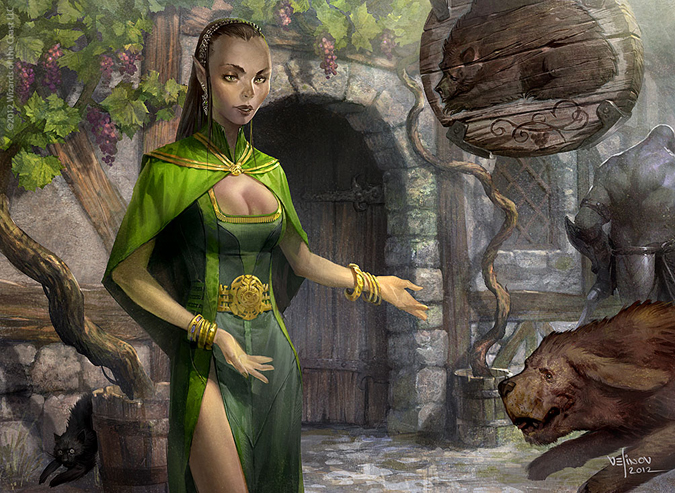 At press time, PW! offices received a Letter to the Editor from Gideon, Champion of Justice, who had our article leaked to him by Nicol Bolas.

To whom it may concern at PW!â

I regret to say I am deeply aggrieved by your overfocus on âfeministâ issues such as that of Pelvicaâs new photo shoot. Mulva Pelvica is a proven warrior and dedicated soldier in the Boros Legion. She deserves more respect. You are pandering to the left and making something out of nothing. A better article centered on a hard-hitting real-world issue of pertinence would be: Why havenât I, Gideon Jura, yet had my crotch featured on a card?â

I hope youâll take this feedback into consideration in your next journalistic effort. 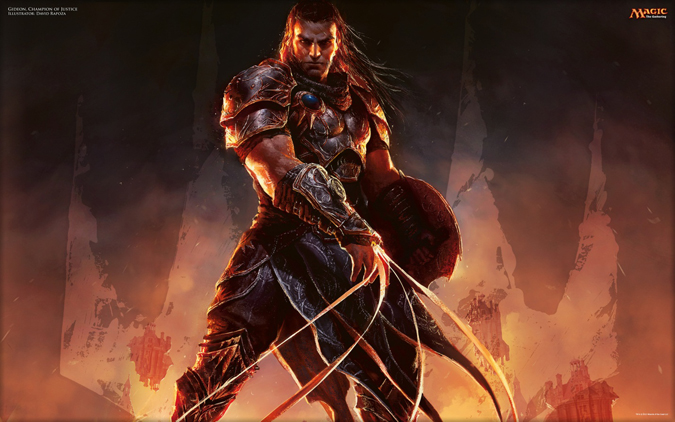 Till next time, may Magic be your G-shaped mansculpting.