Today, Director of Organized Play Helene Bergeot announced several changes to Magic's Organized Play structure in 2015. Some of these changes take effect in 2014, but most apply to the 2015 Grand Prix, Pro Tour, and PTQ schedule.

Summaries of what both Preliminary and Regional PTQs entail were provided: 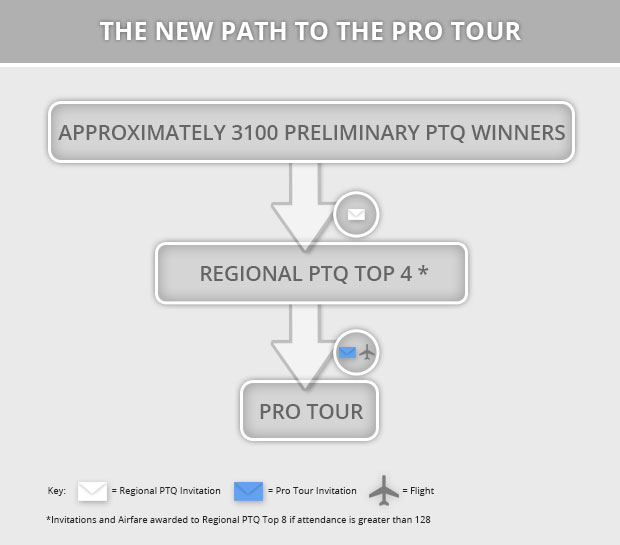 The second was some updates and tweaks to Grand Prix:

The final announcements covered changes to the Pro Players Club, including adjustments requested by players after this year's "Five Grand Prix" cap on Pro Points towards the Player of the Year race:

What do you think of the latest changes to Organized Play at the top levels of the game?