(This week, Mike examines the Graveborn premium boxed set through his art-focused lens.)

I like premium decks for the sole fact that they give we Vorthoses more options. Iâm all for more alternate art, foiled-out cards and up-to-date card frames and borders. As the staples in Graveborn are a bit more, ahem, valuable than those in a few other recent premium decks, I think itâll sell well. I wouldâve pushed for a Cabal Coffers instead of Ebon Stronghold since Coffers only has one art, but thatâs me and might push it over the top for pricing. It also was reprinted fairly recently with Planechase.

Despite that, Iâm sure Iâll be able to find a box at Target for a mere $35. 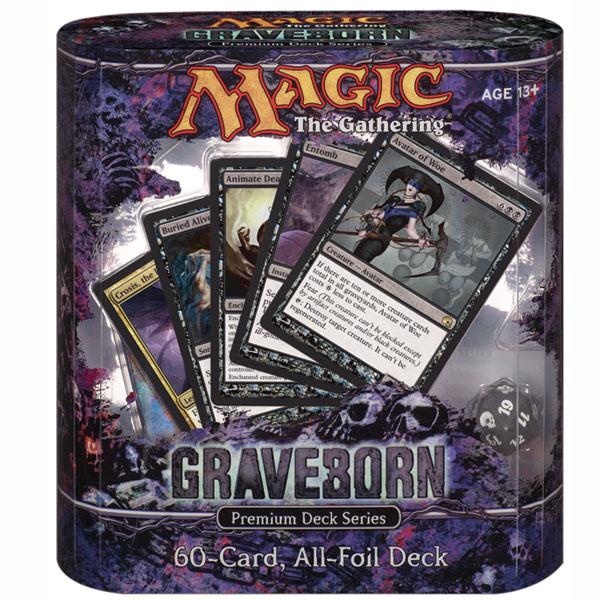 Itâs a short one, but letâs dive in. 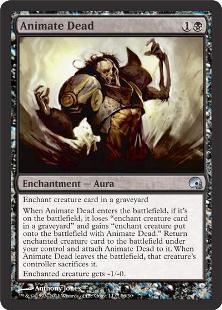 This is a $3 preorder that is well worth it. (CSI is cheaper than SCG by a whole dollar before discounts. Hint, hint.) The next-closest black-bordered Animate Dead is well over $30. This is what these premium decks should always have: white-bordered playable cards turned into black-bordered with some killer art.

Iâm still on the fence about the art using a Sun Titan, as I havenât seen it up close, but what Iâm happy about is the pose our senior art director Jeremy Jarvis gave the character. Itâs easy to reproduce. Alterers, you have your chase card for the box set. This is the one you want to get in mass amounts and start altering for Cubes and Eternal-format players. $3?! You should have twelve to sixteen of these already. Get to it.

Also, for Debbie, our editor, it has (as noted) cleaner rules texts. I know you Melvins love that.

Is there a card added to keep the price of a common deck archetype stable? Check.

Funny that this was in the Commander preconsâbut no matter, itâs still a staple. 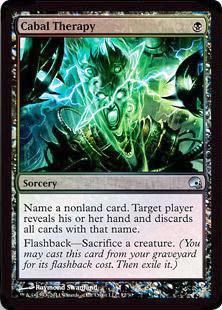 Another great example of a card that needed to be reprinted but is a notch overpowered in 2011 Magic.

Both artworks are striking, which is good for the artwork because personal favorites will win out. The âWell, this one looks betterâ in Cubes probably wonât come into play. 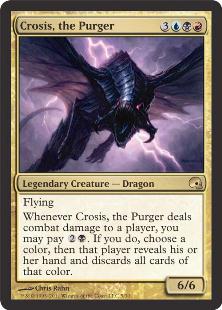 I already Tweeted about Chris Rahnâs blog post on the new alternate-art version. The best quote from his post is,

I wound up looking at a lot of reference of beetles and scorpions for wing and carapace ideas.

I like it. It feels more ominous than the original, and Grixis is finally getting some reprint love. Iâm all for reprinting of Commanders. 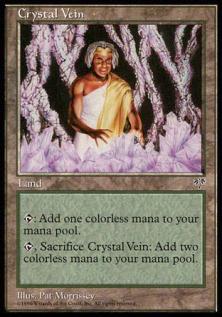 I like Crystal Vein. Itâs just an unassuming card that will whap you in the face to power out a quick Uril or net you 4 mana with a Crucible of Worlds.

Itâs a great addition for any Commander deck list, as it is a black-bordered card, unlike the Sixth Edition version. Yes, the Mirage version is also black-bordered, but it has the weird green text box. Iâll be happy to see the new card aesthetic on this staple for Commander. 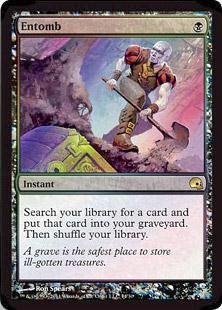 Is there a card that singlehandedly pushes you to buy the set for EV value? Yup, check.

Foil Entombs for $20 seem good. Yes, it can be banned at any time, but for those of you who didnât stock up when itâs banned, hereâs a great budget version. Also, itâs the same artâ.â.â.âin foil.

As for the rest of the cards, theyâre reprints and useful, yes, but for aesthetics, theyâre just gravy. Speaking of gravyâ.â.â.âIf youâre curious why Iâm short this week, itâs because Iâm brewing something saucy. The only promise I can make is that it will drop before Trick leaves us.

Have a flavor-filled day! 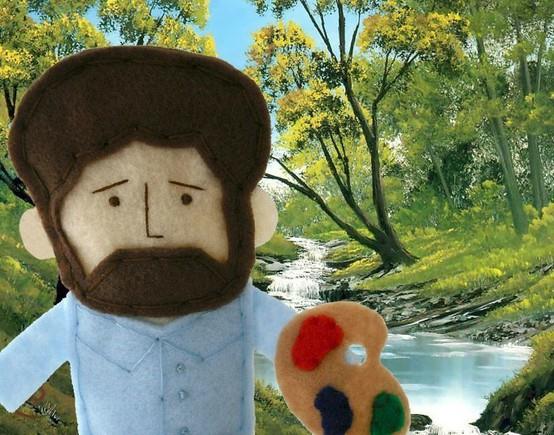