Blue | Black and Gold | Red and Artifacts | Green and Lands

Core Set 2020 is now out and will soon be legal for Standard play. War of the Spark was an extremely powerful set, we'll see if Core Set 2020 can keep up. A lot of these cards shouldn't make too huge of an impact since Core Set 2020 is the last set that's being released before rotation. This means that Core Set 2020 should help already existing archetypes while possibly making two or three more itself. Let's go ahead and get started.

I will not be going over cards that I believe will not see play in Standard. For example, cards like Wishcoin Crab and Watcher in the Mist will be omitted since they are just Limited cards and saying, "This is just a Limited card" repeatedly gets old rather fast. Don't worry though, I will be covering all the rare and mythic cards in the set. So, if you like a certain rare or mythic, it will be mentioned in the review.

2 - Black isn't very rampant in Standard but this a great card for your Sideboard to combat graveyard decks and in the future if a Black deck does pop up.

2 - I don't want to be forced to play this and angels to gain life, I think there are better ways to gain life to grow your Ajani's Pridemate. Could see some fringe play.

2 - This will be more of a Sideboard card in Standard to combat board wipes or even The Elderspell. Playing it alongside Lotus Field is cute but ultimately not worth it. If you want to ramp, you're better off just ramping normally.

3 - The new cycle and that reminiscent of Titans but not as powerful. Cavalier being able a Beast Within with a body makes it pretty good. It's going to be hard to find a way to use the second ability though, that's going to be the key to making this card good in your deck.

2 - Another hate card that's great in Sideboards. Not as powerful as Celestial Purge but still good for Standard. 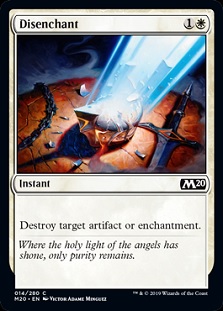 2 - Disenchant has always been a solid sideboard card and I welcome it back to Standard. 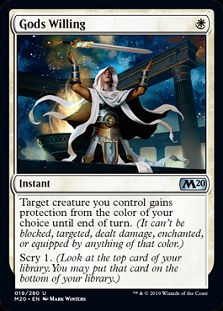 3 - Great reprint that will see play in Feather decks and small White creature decks. Gods Willing can help you push through those last points of damage while also protecting your creatures all for the low cost of one White mana.

2.5 - This might see play in a flier deck, at least in the Sideboard.

2.5 - White got so many great Sideboard cards, Leyline of Sanctity is another great one to protect you against burn decks or heavy discard decks.

1 - Loxodon bulk rare! 6 mana is a bit much, I'd rather just play Lyra Dawnbringer or some other creature.

2 - A great card to wipe the battlefield clean, the only problem is that it means you can't be playing too many non-land permanents yourself. This would make this card great in a

Control deck except we can't really play control in Standard because of Teferi, Time Raveler and Narset, Parter of Veils. You also would want to play Teferi and Narset in your control deck. 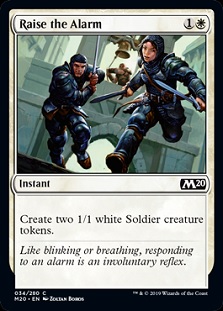 2 - Nothing flashy but it doesn't need to be. Could see play in a tokens shell, it's also great at being a removal spell by blocking creatures with 1 toughness. 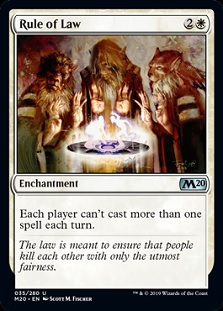 2 - If a deck comes out that is trying to cast a bunch of spells a turn, this could be a fine Sideboard card. The only deck that comes to mind that does cast a lot of spells is Izzet Phoenix. However, Izzet Phoenix can just as easily get to 4 mana and start beating you down with said Phoenix, Drakes, or God-Eternal Kefnet.

2 - I like that this card protects fliers when you go wide. Usually cards like this are very bad because you just get blown out by a board wipe, at least Sephara can protect your fliers. If the

Flier becomes a deck, Sephara is a fine addition in your Sideboard at the very least.

1 - This mystic needed to draw you cards when you played an enchantment to be worth it. Get a +1/+1 counter when my enchantments die? Well I don't want my enchantments to die and they won't be dying anyway. They'll be getting tucked our bounced by Teferi.

White made out okay for a core set. We started listing cards that would only see play in sideboard (Leyline of Sanctity) but that's okay. Especially since White tends to usually be more of a support color.

Tomorrow we'll be going over the Blue cards, don't miss it!