There is a lot going on with Zendikar. In its entirety, the storyline has been featured across Uncharted Realms, a written novel, the Savor the Flavor column, and Planeswalker comics. A true multimedia tale that spans many years is now organized and ready to be read.

Whether you consider yourself a lore professional, have only followed the Battle for Zendikar stories, or are just starting as a square-one story Vorthos today, you can now enjoy both Zendikarâs timeline and full chronological story in one place. 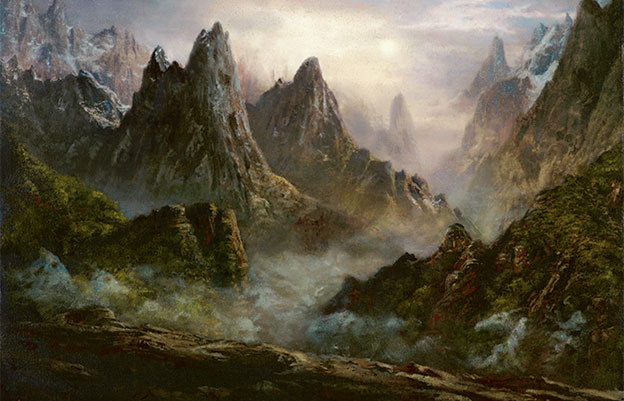 The Lithomancer â This is the beginnings of the Eldrazi conflict. We see the three PlaneswalkersâNahiri, the Lithomancer, Ugin, the Spirit Dragon, and Sorin Markovâas they prepare and successfully capture the Eldrazi titans within the hedron network on Zendikar.

Stirring from Slumber â As a follow-up on Nahiri, we learn about her time spent with the kor and of the stony stasis she has stayed in since. Eldrazi trouble erupts on Zendikar, and she must take on the conflict alone before searching for friends who have abandoned her.

Journey to the Eye â Chandra, having memorized the map on the Dragon Scroll, seeks the Eye of Ugin. The spiteful vampire Anowon may have volunteered to be her guide through the Teeth of Akoum, but Sarkhan makes a timely appearance when Zendikarâs wild mana fails her.

Awakenings â Jace encounters Chandra and Sarkhan battling at the Eye of Ugin. With all three present Planeswalkers, Chandraâs use of the Ghostfire from the Dragon Scroll, protecting herself against Sarkhan, breaks the lock holding back Eldrazi brood from swarming the plane.

Enter the Eldrazi â Jace leaves the Eye and Akoum, sailing to Sea Gate on Tazeem for answers and reporting. Sarkhan breaks off the hedron chip and departs from Zendikar, arriving at Bolasâs Meditation Realm.

In the Teeth of Akoum â This novel details Nissa, Sorin, and Anowonâs journey to the Eye of Ugin, hopeful to repair the center of the hedron network. There are some errors and parts that are no longer canon, but itâs still a good story, so read at your own caution. 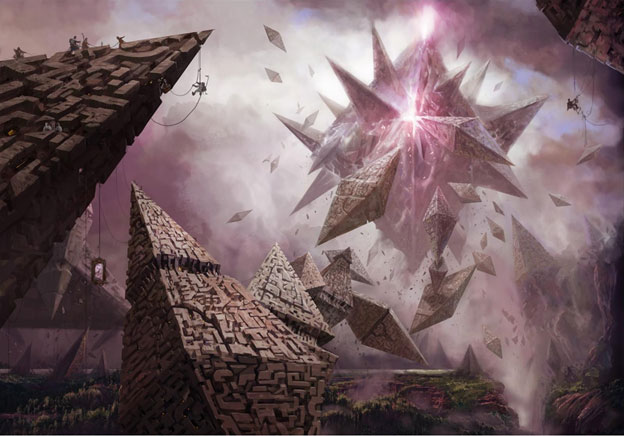 The Battle of Fort Keff â While searching for fellow Planeswalker Chandra Nalaar, Gideon hits a dead end near the Teeth of Akoum. He stays at Fort Keff for the night, but Eldrazi brood soon attack the encampment, and Gideon defends until he spots Emrakul approaching.

Dreams of the Damned â Ob Nixilis explains his long history on Zendikar, Nahiriâs action against him, and hopes for the future as the Eldrazi continue to destroy Zendikar.

Nissa, Worldwaker â Nissa has to face Zendikari lives she has impacted by releasing the Eldrazi titans. Her traveling party takes down an Ulamog brood with the help of her elemental powers waking the world. 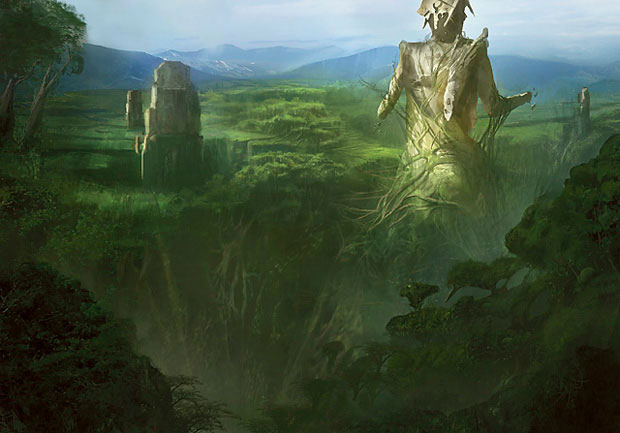 These are only the key highlights, so be sure to read each of the episodic installments through Uncharted Realms.

Slaughter at the Refuge â After recruiting Jace on Ravnica, Gideon returns to Zendikar with his new Planeswalker ally in tow. They arrive near the fallen Sea Gate and soon decide to move survivors up to a floating hedron tethered by ropes, dubbed Sky Rock.

Nissaâs Resolve â Nissa lost Ashaya and searches for where Zendikarâs soul has gone. Arriving at Khalni Heart on Bala Ged, Nissa finds Ob Nixilis attempting to reignite his spark, but she ultimately defeats him once reunited with Ashaya. She journeys back to Sea Gate on Tazeem.

Revelation at the Eye â Following a short meeting with Jori En, Jace travels to the Eye of Ugin, finding Ugin himself there planning to reform the network. Both discussion and debate are had before the spirit dragon sends Jace off to find Nahiri and Sorin.

The Liberation of Sea Gate â Gideon fails to lead the Zendikari forces in battle to reclaim Sea Gate, eventually retreating and receiving strategic advice from Tazri. He carefully trains each group and attacks once more, joining forces with both Kiora and Nissaâs forces in the days after. Sea Gate is rid of Eldrazi, but Ulamog is spotted in the distance and headed their way.

Hedron Alignment â Jace joins the group as Ulamog approaches. Nissa calls on Zendikar to move the sunken hedrons around the titan, and Jace activates the hedron networkâs magic, trapping the titan in place near Sea Gate.

Itâs definitely a lot to handle, but I believe in you, fellow Vorthos. The weekly Magic fiction goes up every Wednesday on Uncharted Realms, and as always, you can visit Gathering Magic for articles covering Magic art, flavor, cosplay, story, and more. Until next time, happy planeswalking!