A fellow Vorthos and one of my former Art Cabal members Jeremy Froggatt used to do a monthly review here on Gathering Magic on alterations. Heâd cover the month in review and pick the best things each week, talking about changes in style and people swinging for the fences. In short, it was reddit before /r/magictcg took off. Heâs since moved on, raising children and facing Canadian winters. I hear he plays Magic from time to time, when able. I miss ya, bud; hope you can pop in sometime soon.

An article he wrote two years ago was the Alterist Directory. I think itâs time we updated it a bit with some stellar new talent and see how skill has changed over a mere two-year span.

Some of the heavy-hitters such as Klug, Sandreline, Marta, and BigUp are still hustling out things all day. Their styles have become recognizableâiconic at times. Here they are below: 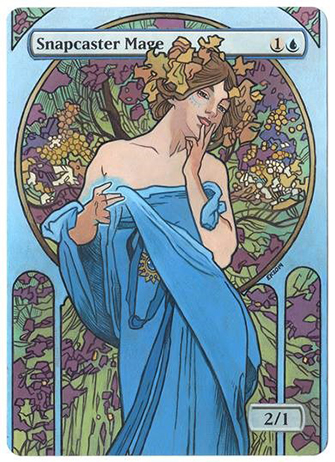 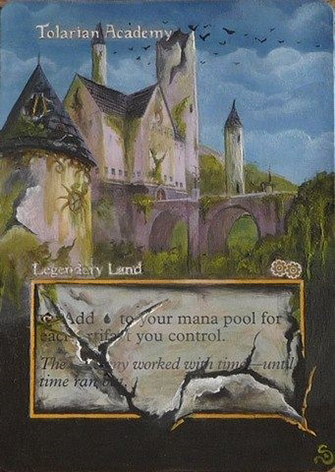 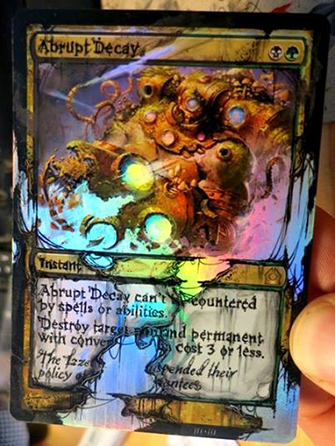 Iâm all for giving new talent some face time. Remember that what keeps Todd Lockwoodâs dragons incredible isnât always just his work ethic. He knows that young bucks are at his heels and want his jobs, his commissions, and his income. So he hustles harder. Remember that members of the alteration community all know about each other and will borrow styles from time to time when a commissioner requests it. Inching into someone elseâs market share because that person is busy puts you at a level at which you know you made itânot just that youâre busy for now. Competition is good here.

These alteration artists are all on Facebook because most of them live outside the USA. International talent has exceeded expectations and stepped a head above the average alteration person at your local store. In 2014, since we have social media so easily accessed, Facebook eliminated most barriers for talent all over hell to be in touch. Since Facebook is on every phone, itâs the best medium for talking with international artists. They all have accounts, and you can get an artistâs attention because Facebook messages are nearly impossible to ignore compared to e-mails. Since many altering artists are backlogged months down the road, e-mails will be ignored, but a break into social media is always heard. 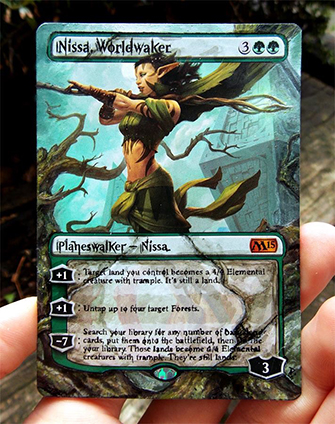 I see some of BigUpâs style here, sure, but the text is what brings the difference. If you had a very text-heavy card or even wanted to be Phyrexianized, Cereal Alters would be an incredible choice. Of course, taking new cards and giving them the Beta graphic-design treatment is pretty damn cool, too. 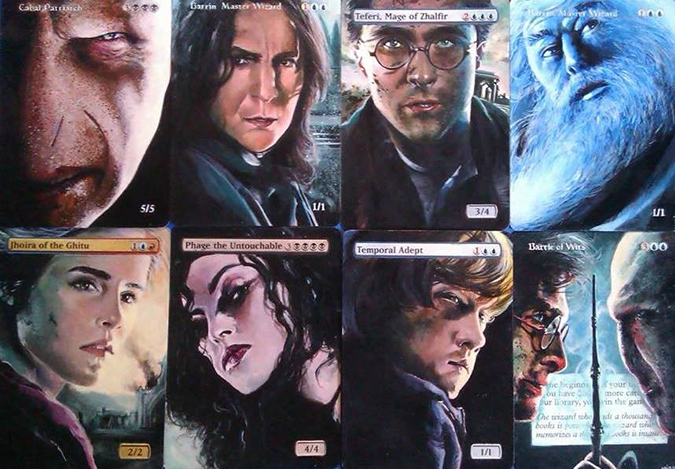 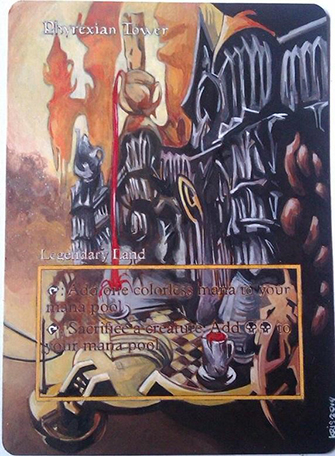 You know A Those Game of Thrones alterations youâve been seeing for the past ever? Those are Gamoâs, and theyâre not stickers. Having worked with hyper-realistic art for trading card games, I believe itâs astonishing what artists can do with only micro levels of paint and reference. I wanted to show off Gamoâs range as well. Klug isnât the only person willing to branch out into art-history examples, giving you some serious flavor beyond a simple extension of the border or a superhero over the original figure. 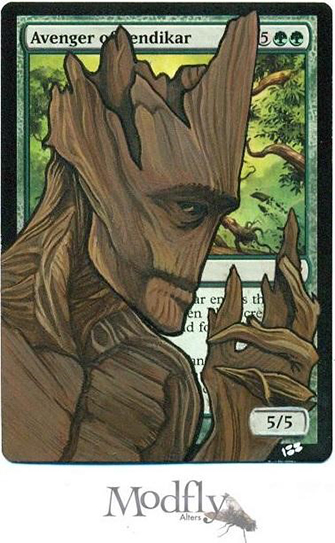 Iâve been watching Modfly for a while now, and it appears that due to being a Facebook alter group admin, he sees a lot of alterations and plays with styles. I find his portraits to be quite fantastic, especially the ones in which he confines himself to just the card-art box. He appears to make it feel larger than it is.

Brandon also donated an alteration to our Mariah Charity event in Minneapolis. For his philanthropic nature, he deserves a shout out and serious consideration if you need an alter of a known subject expertly created. 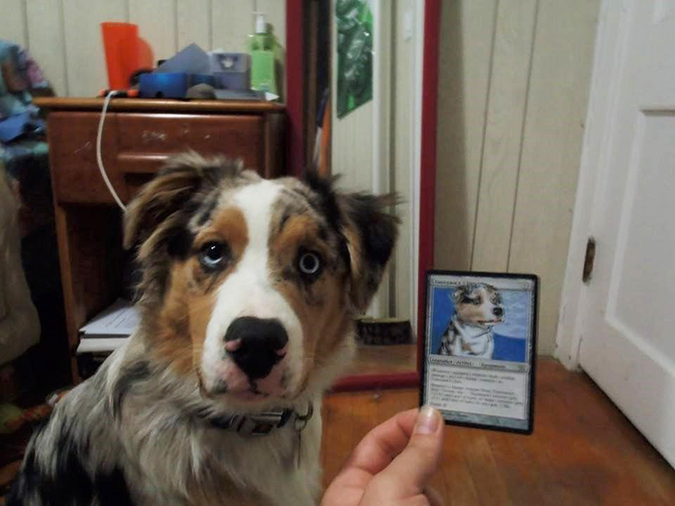 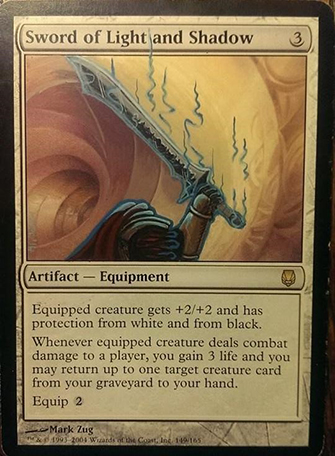 Mr Shy uses reference, and he uses it well. In some cases, he utterly remakes a scene, but in others, he finds ways to change the subject or equipment, maintaining the scene and composition. Researching this article, I was blown away by his restrain in altering. Many times, artists working on a small medium feel the need to extend as far as possible, nabbing up micrometers of space. Let the piece breathe. Sketching more creates more cohesive alters. 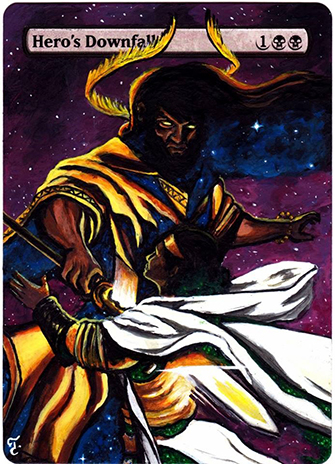 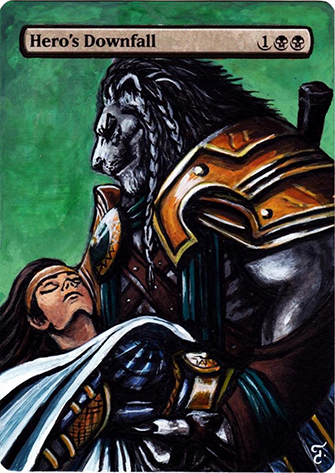 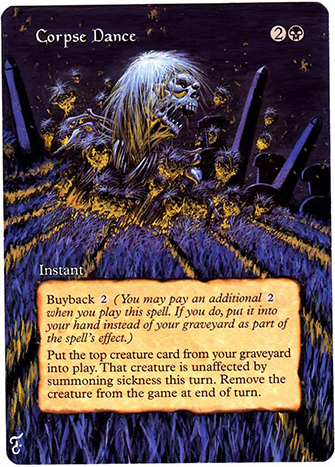 Tila made the quite-popular alterations of what the Hero's Downfall card âcouldâveâânot shouldâveâbeen. It wouldâve killed the e-books and entire block if people knew the outcome. That said, if Wrath of God in From the Vault: Annihilation could be Heliod smiting, why couldnât Hero's Downfall, a very Standard- and Modern-playable card, have a promo version or reprint in a supplementary product with new art? You know we all want that.

As for Tilaâs other work, I found her color-matching skill on point, as exhibited by Corpse Dance here. That grass! Check it! 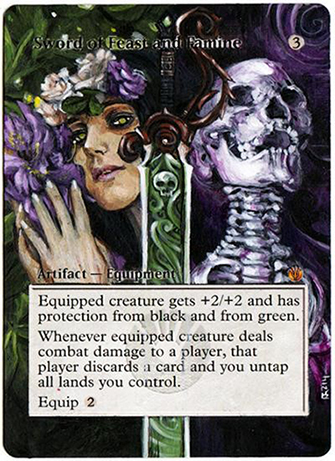 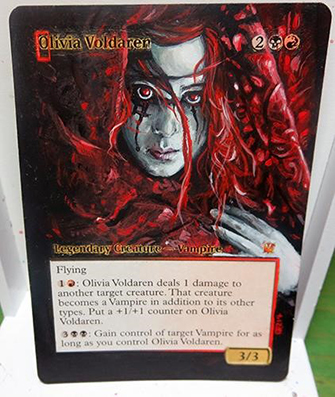 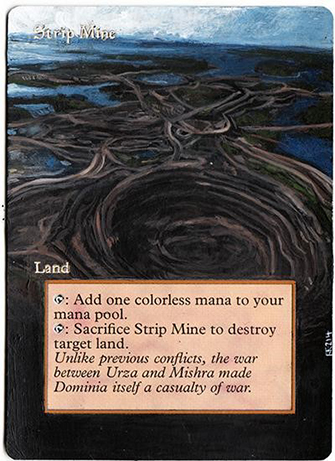 Jeremy or Ondal is known for really new depictions on longstanding concepts or characters. I find it very refreshing to take a physical thing and make it representational orâbetter yetâto take a familiar character and make him portray a radically different persona. The vampires he makes are more toward what the red vampires in Innistrad couldâve been if Magic didnât have to cater to a teenage demographic. When I think of Ondal, I think of that ânew new,â as though someone were described a scene or character without a reference and didnât care to even look because something fitting was already in mind. Thereâs an effortless creativity here. 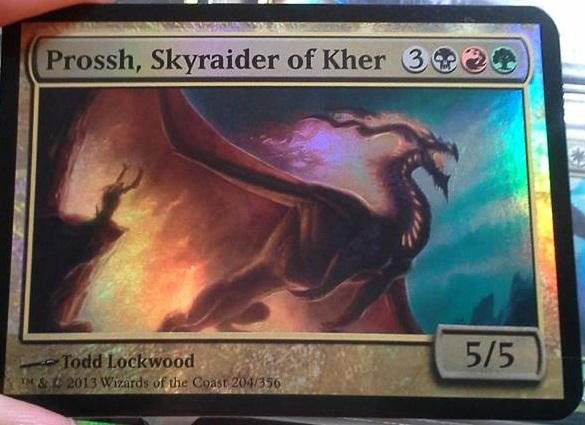 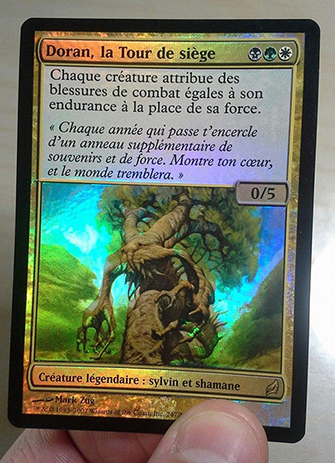 Yes, 3D âcutters,â as Drew Sitte (@AlteredCity) called himself, are also alteration artists. Some tips for folks getting into that side are here.

Iâm now looking at all the oversized and foil Commander cards I have, wondering what Kevin would do to them. If Vintage is the pimp format, Commander is all about individuality, and bringing a literally never-before-seen-version is how you should do. I still need Melira, Sylvok Outcast and Uril, the Miststalker done in this manner. I love variations, and while these arenât super-cheap, he isnât backlogged to infinity like our original top four artists. Also, you should only need a few commanders, unless youâre Bennie âMr. Mustacheâ Smith. 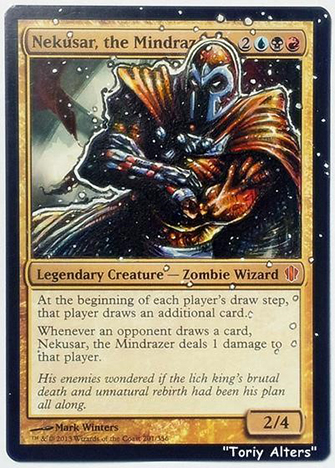 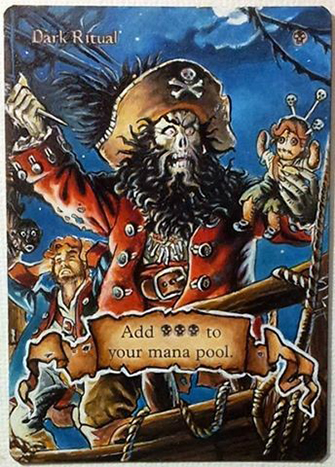 Toriy has a real eye for choosing when to use the Magic card frame and when to remake it into something new. I see a graphic designerâs eye there with a really solid line-work background. Check the Brainstorms or any other Vintage staples on the above Facebook link. When you want a play set altered to look incredible and fitting for your Vintage-deck lifestyle, Iâd suggest you talk to Toriy immediately.

I know; that Dark Ritual is a step in the right direction for the community. It doesnât even look like a Magic cardâI mean, at all. Damn, Gina! 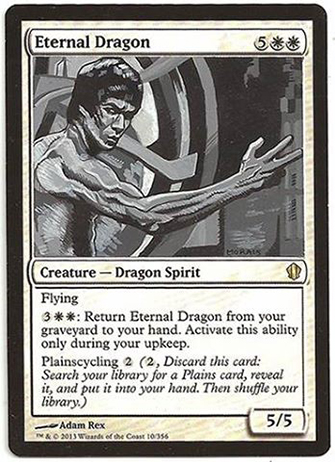 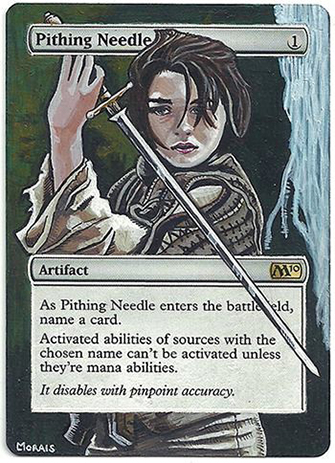 Take a Portuguese illustrator, add some comic-book influence, mix in some iconic characters, and out comes PimpMyDeck head Luis H R Morais. I included him because I see in that Bruce Lee skill that Eric Klug began with. Using only shades of black, gray, and white and not looking saturated is a tough feat. One of Gathering Magicâs former writers even had to use red to make it work.

Iâll be watching Morais closely. Iâm waiting for a string of stylistic choices that become the signature of this alterist. I think heâs very close.

Watch reddit a little closer in the future. See if any of these artists pop up. (Hint: They will.) Figure out why Klug is great, but also find whom heâs influencing and who is amping up production, whether by not sleeping or by delegating duties with a team. Alterations are ever-improving, and even Steve Belledin did some. They arenât going away. Luckily, the anime naked girls on lands are being eliminated on boards as fast as they are being created. Theyâre just terribly made, and with fantastic moderators and a supporting community for creative, unique pieces, the same old crap from 2009 looks like itâs five years old. This is good.

Last, something Iâve been trying to have approved for two years is coming. Excite? Such yes. I will be yelling about it when itâs ready.

P.S. Itâs not an art book. Iâve wanted that for over ten years. Câmon now.