Magic players understand the implicit value with their cards. The collectible card game value is prominent and ingrained into playing. How that relates to me isâ.â.â.âwell, I ask Ryan Bushard about card pricing when he isnât busy. But when it comes to pricing altered cards and original art, thatâs Vorthos business. The exception is artist proofs, which straddle both worlds of objective and subjective values. A ton of art moves without you even realizing it, not unlike a behind-the-scenes art deal, short-term auction, or worse: illegally-obtained artwork liquidating itself on the Black Market. I miss a lot of the art that moves, as Christieâs and Heritage Auctions arenât exactly our de-facto choices. That said, I hear about a lot of deals, and usually, I just sit on the info due to the crazy art explosion as of late, and Iâm utterly uninterested in seeing new crops of speculators buying low and selling high, though itâs inevitable.

I feel miniature case studies could prove pretty useful. Also, my memory is pretty atrocious, my wife canât remind me about pricing of art because she largely doesnât read my articles, and she only likes the screen prints or pop art we have in the houseânot the Magic pieces.

Hereâs a sampling of a week in the life when youâre in Vorthos world. Thinking about planeswalkers and storyline doesnât change on a weekly basis other than when a Wizards staffer mentions that Jace isnât going to be in Therosâ.â.â.âbut art. Oh man, art changes a lot, especially as of late. Here are the big stories in my life. I hope you can enjoy some of the news!

Vindicate Comes on the Market

Joey Boyack had purchased Brian SnÃµddyâs original art for Vindicate and is trying to find a buyer on the High End Magic stuff for sale! Facebook group. Normally, that group is basically foil, foreign cards or only the pinnacle of the cards available, able to call Aziz Ansari an equal in swag. Occasionally, art pops up, and when it does, itâs serious. 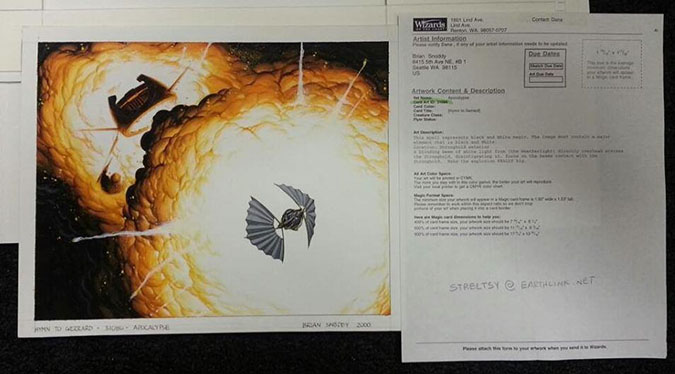 Since it was posted on Wednesday, there have been over a hundred fifteen comments, and people throwing out valuation has been pretty comical.

It should hit eBay, and it will be more expensive than you think. The added provenance in the paperwork is just gravy. I wish more artists would keep the commission e-mail, but non-disclosure agreements are a thing, and toeing that line is scary for artists. Maybe with PACT proliferating, more provenance on art will be mentioned.

Chaffeeâs Five Shards Are Being Priced

You might be new to reading about Vorthos art content, so perhaps you missed my article I wrote on Doug Chaffeeâs available original art. I helped Melba Chaffee price some of her late husbandâs work, as Magic is pretty unique compared to other collectible card games. I went through and priced everything. Looking back at what I did, holy crap has art exploded in price in just two years. We need more pricing guidesâhistorical records like this. Sadly, most donât endure, or worse, are hard to memorize. I wrote the below blurb then:

When an entire cycle is available, I always wonder, âHmm, how could I get these?â

One problem with getting a cycle, though: You have to frame the entire set. Framing is $100 to $300 per piece.

I could see these as $50 to $100 more, but people who will buy these will want either just Crystal Shard or the entire set.

Iâd love to get the entire set, but I havenât got a spare $800 to buy art. Seeing an entire cycle on a wall is really, really impressive.

Aaron Fortino posted arts on MTG Art Exchange. One thing to note: Whenever you see art that was purchased and wasnât framed, make sure you get a ton of pictures. Check the condition of it, making sure itâs both real and taken care of. Also, the previous owners didnât and donât love it, so you usually have some negotiation wiggle room from that collector. 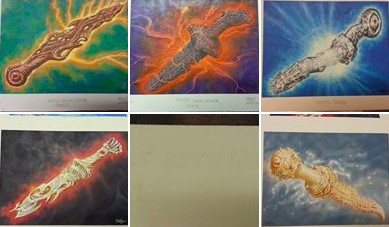 Brian Kell, in case you donât know him, is the collector who did the Disenchant Project. The idea of a global set is something that the folks at MTG Librarities love to do: getting one copy of every card in every language and art version. Also included in these global sets are promotional copies of the card, artist proofs, and more common misprints. Some take a very short amount of time. Some cards that are quite expensive on their own can take years to track down artist proofs for. His collection is impressive, and it actually has three original artworks of Disenchant: an absurdly awesome feather in his hat.

Though, like all good things, they have to come to their end.

I hear heâs basically done with the project after posting this on Facebook: 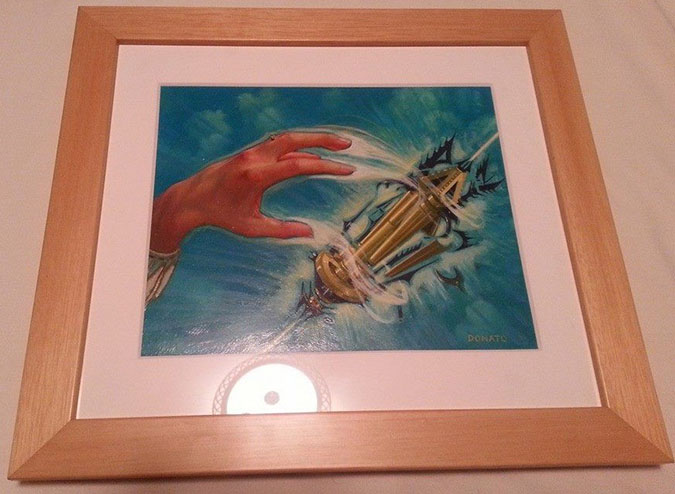 Iâm a huge fan Donato Giancolaâs art. His paintings of hands really propelled him into a tier-one Magic artist and, of course, other things followed. Not unlike Pete Venters's goblins or Terese Nielsen's humans in their workshops, some artworks in Magic are must-haves to have a full ranging and complete Magic art collection.

I hope he places it on eBay. Itâs a good piece and deserves a little more attention from international folk. Never forget that Magic is a global gameâdonât leave them out of the bidding fun.

Since itâs a Donato piece, pricing it will be hard, and frankly, Iâm here to let you know about the art, not to give free consulting advice.

Very hard to part with something like this, but since my wife will be needing a new car at some point in the future, it's probably time to look at the possibility of selling it. This is the Original Artwork for Arcbound Ravager by Kev Walker. Just curious to hear some opinions on what it might be worth. It's not an incredibly old piece, but it's one of the most iconic/infamous creatures ever printed. Thanks everyone! 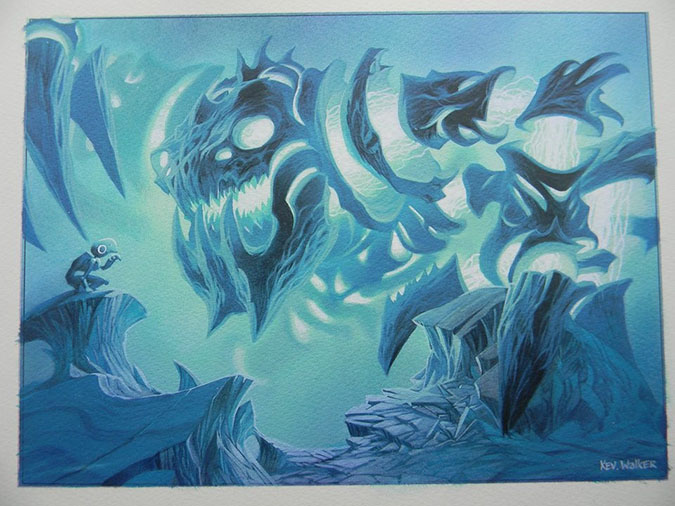 Modern Masters art is not to be ignored; those arts will probably be reprinted in other versions. The alternate-art swag wonât be lost to collectors and the most pimp of decks. This and Engineered Explosives are an acquired taste, but with time, they will simply be part of our collective memory, not unlike Terese Nielsenâs promotional Path to Exiles, for example.

Iâd contact him to find out what he wants for it. Itâs probably not absurd, just outlandish.

This is my favorite version of Hymn, though, when an auction starts at $.99 and moves to $850 in a little over three hours, the number of bidders gets silly. $2,026.00 is literally exactly what itâs worth. Liz Danforth doesnât really want to sell her version, and I heard $6,000 was a price that would get her attention for that one. Seeing this one go for less isnât shocking to me. The higher-end art market is a bit fatigued as of late.

The reason the higher-end art isnât moving is that contemporary collectors arenât competing with one another much. Generally, those folks want Alphas or serious power cards such as Moat and the likeârather than dabble in newer arts. Thereâs a reason the Magic Online version of Black Lotus went for over $16,000 on eBayâproving âbigâ cards get big money. If Tarmogoyf were made by, oh, say, traditionally, it would also be silly-money-high.

As for this Hymn, it probably wonât move for a long time. Just a quick FYI for things like this: It was bought from a Buy It Now for right around $600 not long ago, and seeing it now means that unless someone has medical bills or a surprise baby, it will sit until the market catches up. 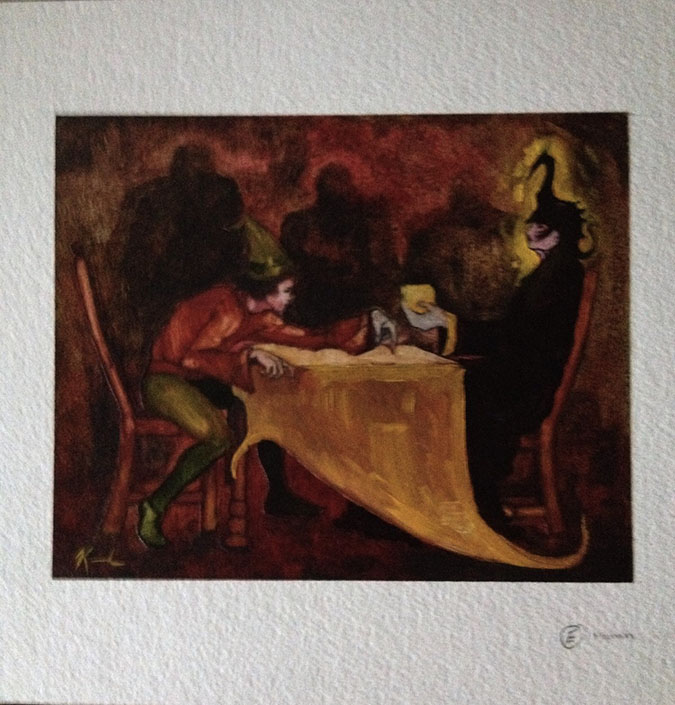 Pro Tips of the Week

With that, support your favorite artist, and buy some art of any price point! Start talking to artists about holiday gifts for your loved ones. That time of year is always remembered when extra income is paramount to their families and you come in all friendly wanting to buy things.

Just donât put it in your bathroom!