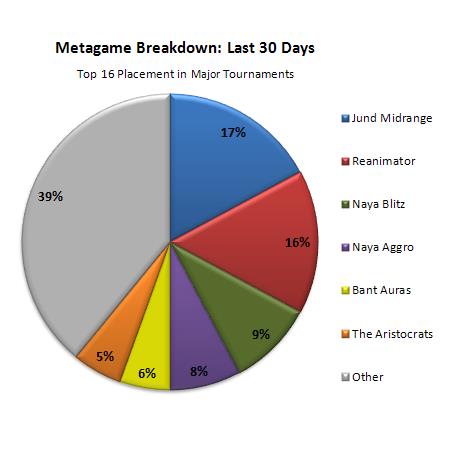 Here are the Top 16 decks from StarCityGames Open: Columbus. 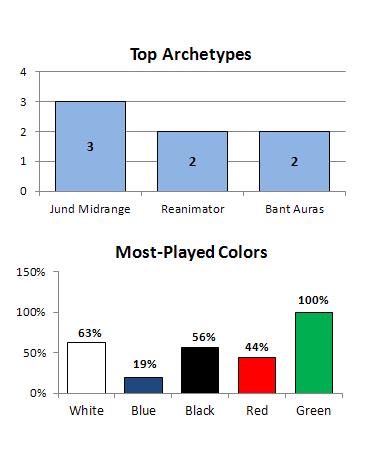 Hereâs a look at the most-played cards in the Top 16 decks of SCG: Columbus. 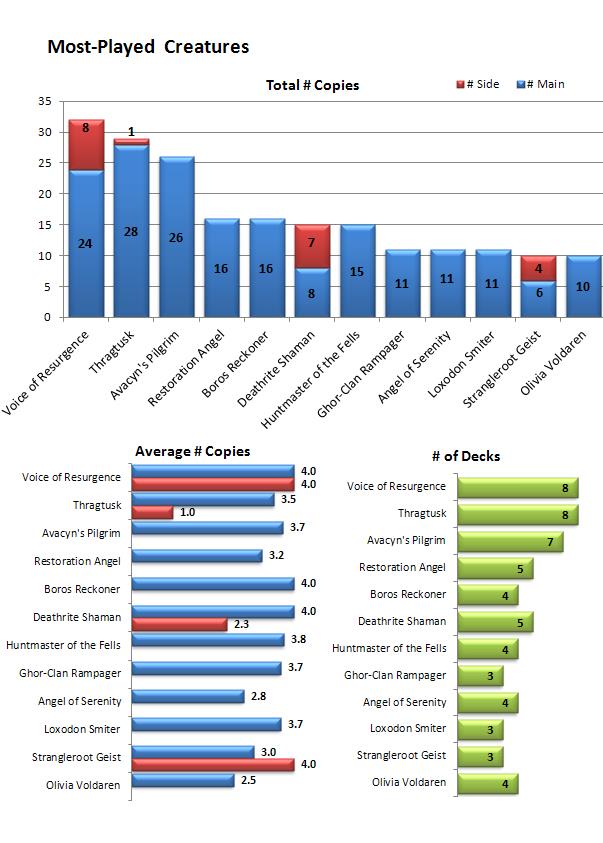 Thragtusk and Voice of Resurgence were both in half of the Top 16 decks and five and six different archetypes respectively. Check out the archetype breakdown of the top creatures below: 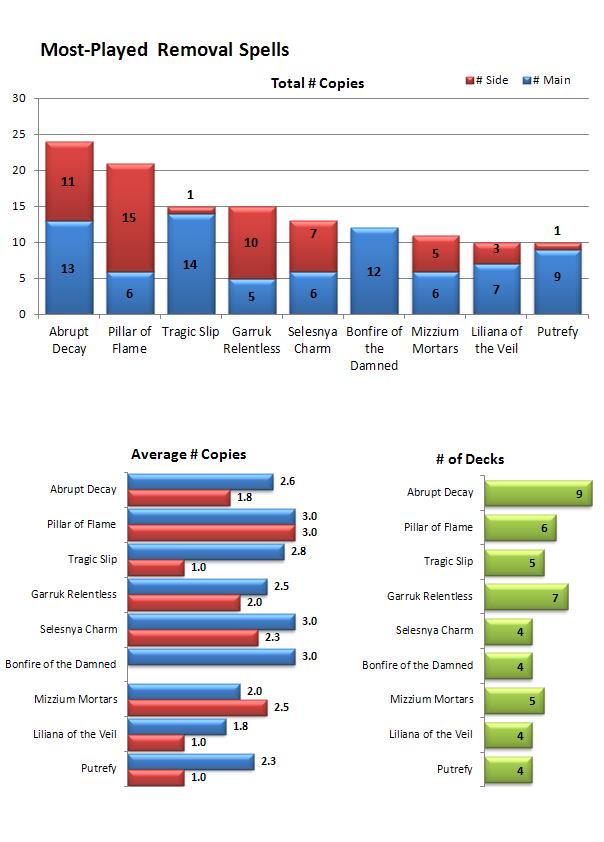 Abrupt Decay appeared in nine of the Top 16 decks and six different archetypes. Check out the archetype breakdown of the top removal cards below:

In this section, I shine the light on cards that were included in a Top 16 deck last weekend but have seen little to no play in Standard Top 16 decks prior to then.

Illness in the Ranks

Illness in the Ranks is a nice sideboard card against Lingering Souls decks, and Rogue's Passage made its debut in a couple different decks to help push attackers through.

Magic Online also serves as a proving ground for new cards and strategies. Here are some ideas that have found digital success and are worth consideration.

Ramp decks have been finding success online of late. This version features eight mana dorks, Somberwald Sage and Elvish Archdruid. The deck ramps into a full set of Craterhoof Behemoth, Wolfir Silverheart, and Soul of the Harvest. Many, like this deck, also include a copy of Elderscale Wurm.

Junk Tokens has been fairly popular as well. The deck features Voice of Resurgence and noncreature, token-making cards such as Call of the Conclave, Lingering Souls, Midnight Haunting, Advent of the Wurm, and Increasing Devotion. The army of Spirits, Centaurs, Humans, and Wurms is backed by Sorin, Lord of Innistrad, Intangible Virtue, and Collective Blessing. Here is an example of the deck that finished fifth in a Standard Premier Event.

If you want a different tokens brew, try one of the following:

Naya decks are everywhere online and make use of a number of potent creatures, many with excellent enters-the-battlefield abilities. Thatâs where Conjurer's Closet comes in for a couple recent 3â1 Daily Event decks. Naturally, they make use of Thragtusk, Restoration Angel, and Huntmaster of the Fells, but this one also has four copies of Elvish Visionary and Borderland Ranger. This version ups the number of Closets to four and adds Gatecreeper Vine, Sin Collector, and Acidic Slime.

Thatâs it for this weekâs article on SCG Open: Columbus. Join me next week as I continue tracking the metagame and highlighting the cards and decks played in Standard. Thanks for reading!