One of the reasons I find it hard to write regularly is that I donât want to come back week after week offering the same altering tutorial. Writing about altering can be difficult because itâs often hard to think of new and exciting ways to deliver content. Lately, Iâve been picking the brain of our fantastic editor, Adam Styborski about this very issue. He didnât miss a beat in suggesting I deliver a self-review on my extensive collection of alters.

I thought this idea was really great. But let me be clear: I donât want to simply select my best works and rattle on about them. Iâd rather use this article as a way to reflect on what Iâve been trying to accomplish overall in painting as a full-time profession, what I may have done differently with a card knowing what I know now, and maybe even swallow my pride and show some early pieces that highlight some faults I made early on.

Letâs not keep you waiting on that last note.

My first alter ever came in 2008, after discovering the altering thread on the MTGSalvation forum. At that point, the thread was maybe only a few hundred pages long and was mostly extensions, wherein the original art is continued over the entire card frame. Thought, at that point, extensions were super-exciting. The idea was new, and only a handful of artists had produced them. I picked up supplies on the way home from work and painted this that night. 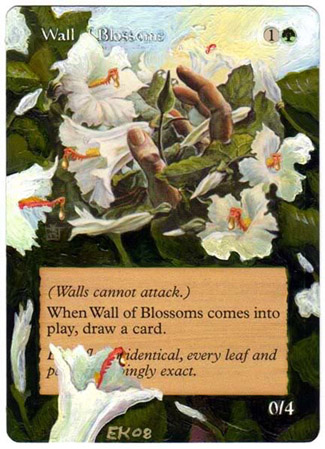 I think this is an okay first attempt, but understand that as someone with an art education background, Iâm very critical of my workâespecially when looking back on it four years later. The overall composition still looks good, but there are several problems beyond that. I didnât use a base coat, which meant I had to work extra hard to get fully opaque layers. This is especially obvious at the top where the paint is much thicker and full brush strokes are visible. In addition, my flowers donât quite match the printed image, and itâs apparent where original artwork meets painting.

Iâm reasonably happy that I jumped in and attempted painting around the lettering on my first try. A lot of beginners avoid this extra effort. It can be an understandably daunting task. Overall, it may not be perfect, but thatâs what practice is for. I donât know where this Wall resides these days as it was traded to a friend who went on to trade it to someone at an event. I like the idea of my work making its way into the hands of strangers, and I hope theyâre still enjoying this piece of my history.

For a long time, I worked on extensions almost exclusively, and altering remained an off-and-on hobby. Jump to 2011: I had only been back in the US for a few months following a year abroad in South Korea. Still job searching, I was doing a lot of altering for disposable income when I decided Iâd make it my full-time gig. Here are some of the first pieces I produced when starting the new business. 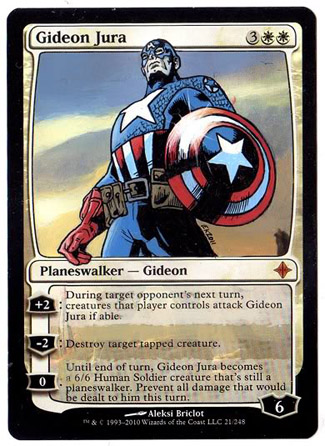 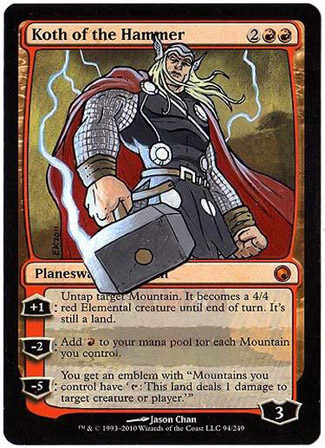 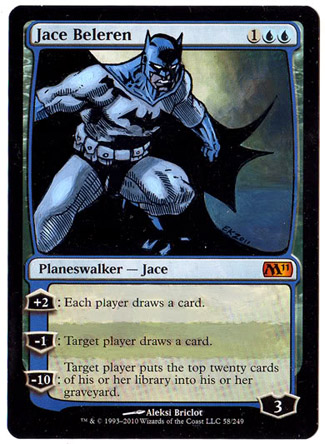 The comic-book-character alters were really important because they quickly separated my cards from the rest of the pack. Not many artists were producing non-extension alters, and thereâs obviously a huge crossover in the target demographics for Magic and comics. The other benefit from producing non-extension work was it got me thinking about something Iâve continually strived for in my work: innovation. Much of contemporary art is about showing the viewer something he or she hasnât seen before, and I wanted to further that trend in altering.

My next inspiration came from an idea thatâs fairly prolific in the alter community these days: the Guru alter. This wasnât my original idea. My first run in with it was an Umezawa's Jitte by Gus Schade, aka yawg07, on MTGSalvation. Itâs unclear as to whether he was the first to produce such a mash-up. 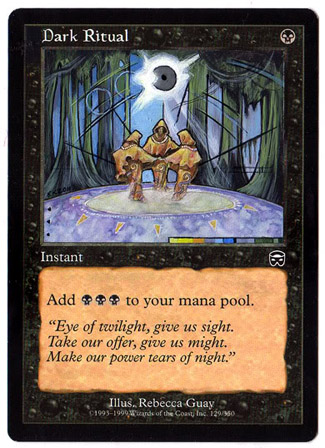 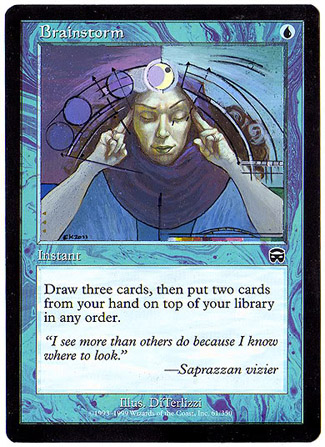 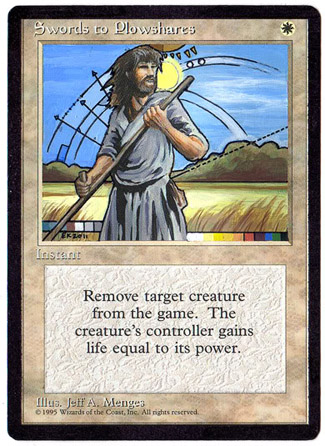 These, of course, reference the Guru promotional basics illustrated by Terese Nielsen. I remain fairly happy with this initial attempt, but with the Guru style, I quickly learned you can always go cleaner. I also discovered that when transforming the style of a card, you almost always want to go beyond the art box. It was nice to learn from these early creations as they eventually led to the infamous Guru Mox set. 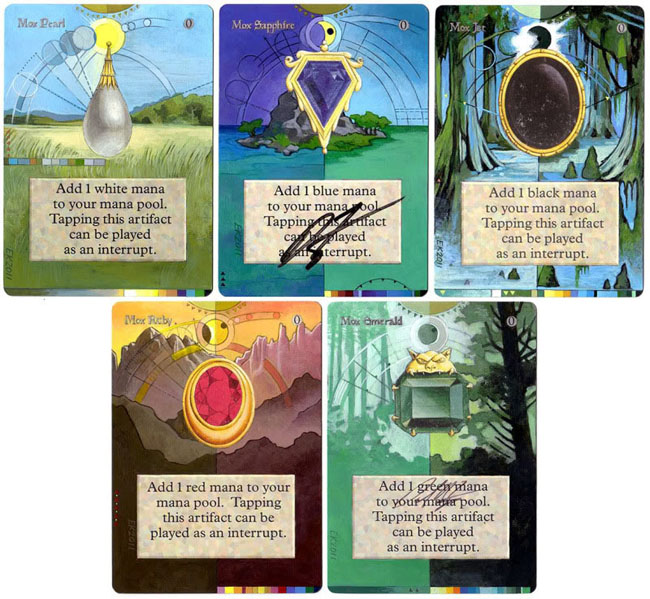 Before the Moxes, though, I made my biggest breakthrough in terms of where I could take altering. This time, I was referencing artists a lot older than Alex Ross or Nielsen. This Jace play set stemmed from just chatting with some friends at one of our Monday-night Drafts. What would the alters look like if they were performed by a few members of art history? 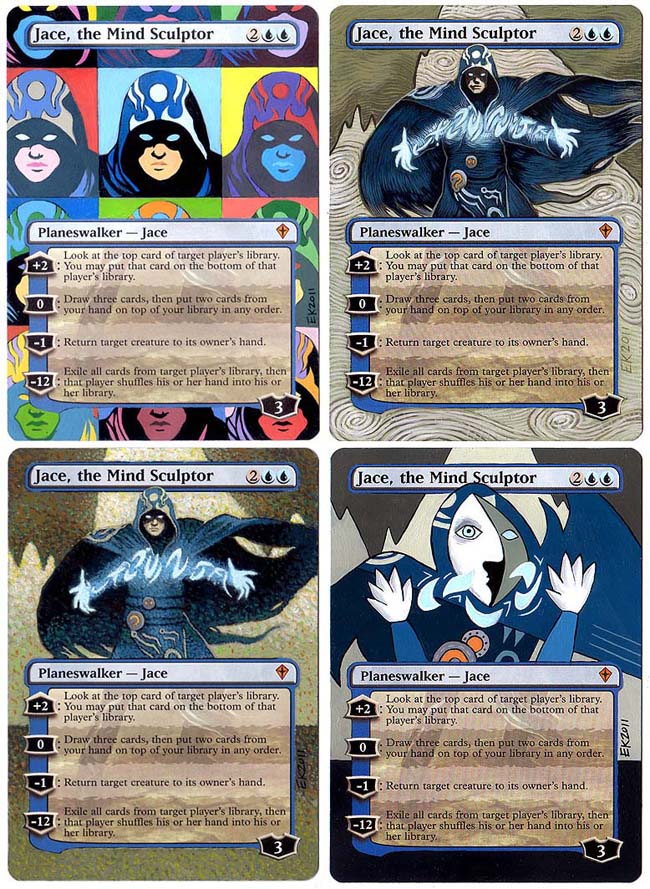 This idea really hit home for me because I love the process of dissecting a famous artistâs style and interpreting it in the form of images that resonate with Magic players. The Jaces were my initial encounter with this process, but Iâve had many more opportunities to approach the same artists. Each time, I learn a little more about the ones Iâm emulating. 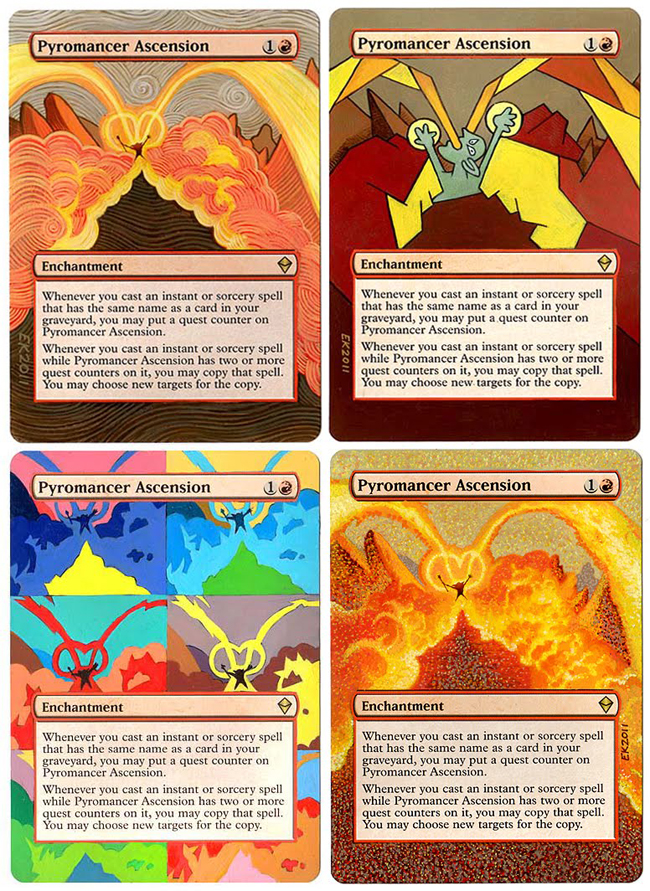 One of my favorites, and the most popular among the players, is Art Nouveau painter Alphonse Mucha. Iâve already told the story of how this came about with my first Black Lotus, which led to many more iterations of referencing his work. 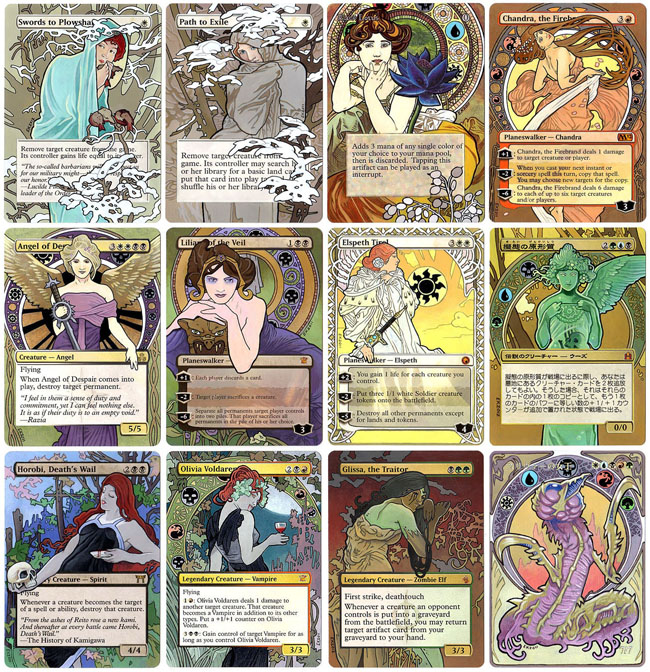 The flip side to innovation, and the only other real core to altering for me, is pushing myself to tackle more and more ambitious pieces. Itâs funny, but the more I paint every day, the more time I end up spending on individual cards. For a while, this sort of perplexed me.

Early in 2011, I felt that I was getting into the rhythm and developing a process and that the cards should have been flying off the assembly line. That definitely wasnât the case, and Iâm not sure this is ever true for anyone who wants to better him or herself as an artist. DaVinci once said, âArt is never finished. Only abandoned.â While I can look back on all the work Iâve completed and be proud, there will always be areas that could have been pushed.

Thinking in such a way is how you get from thisâ.â.â. 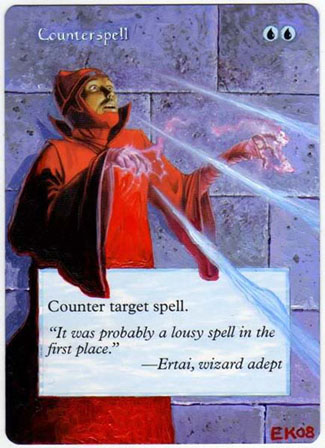 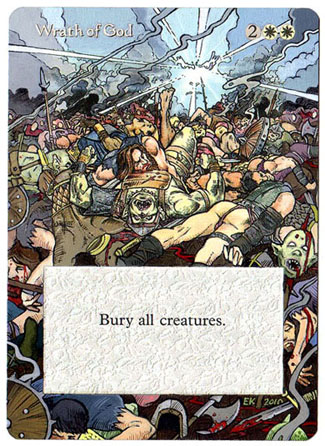 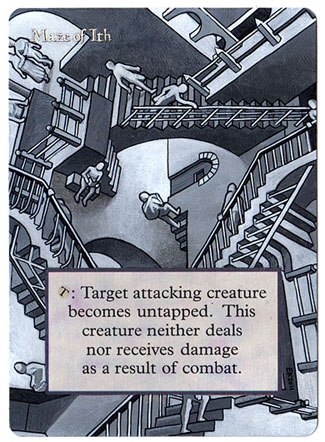 As always, I hope you enjoyed reading, and I appreciate your questions and comments. Happy altering! 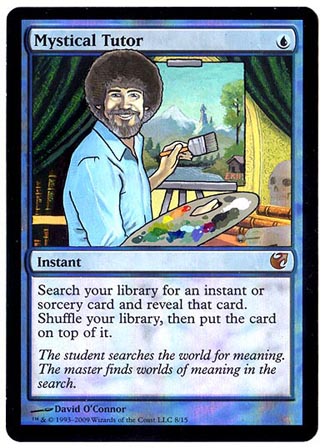