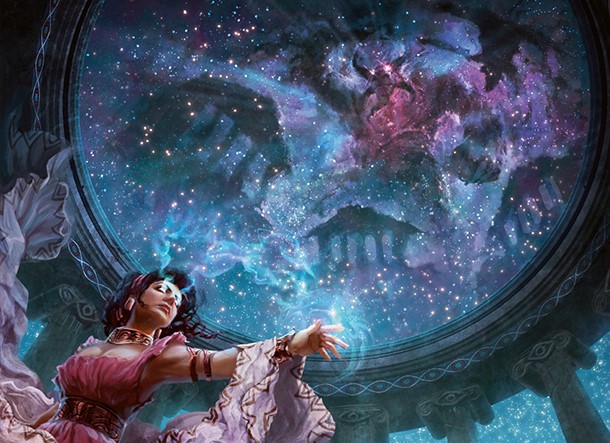 Note: If youâre just joining up, Iâm on a mission to elevate Magicâs profile in the cosplay community and develop a great costume with your support. This week, we have four badass legendary ladies to choose from in the semifinals. Battle on.

Well, I guess in order to be a successful cosplayer I need a Wampa outfitâwhile I prefer Ani-Miaâs â70s-inspired supermodel Wampa, Iâve gotta admit Jessica Nigriâs hip-deep-in-frigid-water Wampa has, um, a lot to offerâ.â.â.âtoo. For my cash, I might have to go with the severed-Wampa-arm ice scraper.

Maybe thereâs something wrong with me, but I find this Jesterâs Cap by Dariocosplay sexier than mostly everything Iâve seen that is trying for overt sexiness. I mean, I admit that historically I like the jester type in general, starting with Danny Kaye in 1955âs The Court Jester and recently Jester in the childrenâs program Jane and the Dragon, but from an artistic perspective, I think Dariocosplayâs interpretation of Jester's Cap has a lot going for it. Itâs much less sneering than Dan Frazierâs painting, but the twinkle in the eye is present. He got the volume of the hat right, which is important in making the cosplay recognizable as this particular Magic card. The deep red background hints at a dark side to our jester, just as Frazierâs night-hued backdrop in the original does. 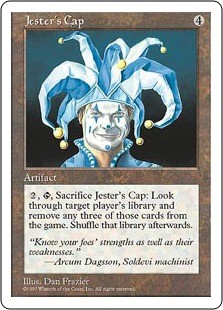 But what I love most about this Jester's Cap cosplay is that the cosplay photo shows us something we didnât know about the character. Frazierâs jester is cocky, confident, and nearly assassinlike in aspect. In the cosplay version, we see a softer side. Perhaps he turned to look at you in a quiet moment in the great hall, between cracking jokes and dropping poison into goblets. He is reflective, almost melancholy, yet thereâs a coldness in the eyes that tells you heâs definitely our Magic jester, unafraid to destroy the delicate workings of your deck and have a good laugh about it afterward. While deceptively simple, this cosplay photo has a lot going on between the lines. From what Iâve seen, thereâs a lot of room in the cosplay world for growth in photo quality as well as pushing the boundaries of photo narratives. 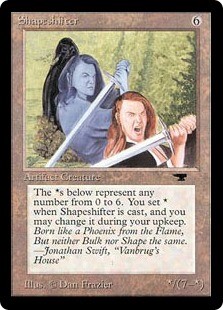 But letâs go into what really matters: seeing how our MTG champions fared last round and diving into the next pairings, fast and furious! 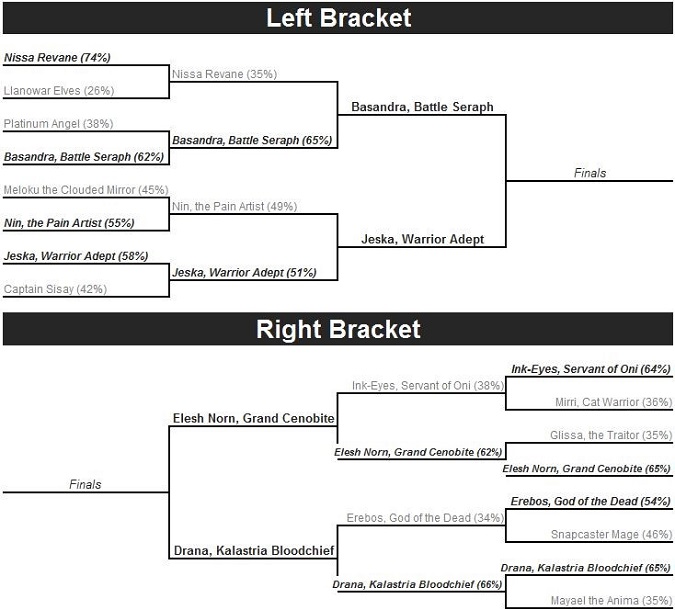 Basandra, Battle Seraph and her cat-oâ-nine-tails decisively scourged Planeswalker Nissa Revane from the arena. In what quickly developed into a polarized nail-biter, Jeska eked out victory over Nin by a mere twentyish votes, helped along by rk postâs promises of Jeska swag should she win the challenge. In the right bracket, the Grand Cenobite completed this round of her domination by putting a big alabaster butt in front of Ink-Eyes, Servant of Oniâs hopes of victory. And, in our black supremacy battle between horn-y contestants, Drana came out on top of Erebos.

@charlo0oki @Hackworth @moxymtg And if jeska wins, I will even shoot the photos. Or other things. Dunno. Drag jeska to a GP?

Gotta take a minute to say a heartfelt thanks to all whoâve been participating in the voting. Itâs been so much fun, the perfect salve for a troubled 2013 holiday season. I am grateful. This weekâs voting is short and sweet since itâs Final Four time! Today, weâll revisit some of the technical cosplay aspects that each remaining legend has to offer.

Iâd say Jeska has the leg up on armor, though Basandra has the leg up onâ.â.â.âleg. I just purchased cosplayer Kamuiâs The Book of Cosplay Armor Making, so weâre ready to go. Jeska also has the edge in terms of weapon-making, with that huge sharp thing in her hand. However, Basandraâs wings are truly epic in scope, and her outfit, while small in size, is large in detail and LED opps. Other notes: Need to do massive deltoid work for Jeska and buy some ab cuts for Basandra. Iâll admit I look feckinâ fantastic with red hair, though Jeskaâs âdo is the more unique and interesting one. Red contacts needed for Basandra, and looks likeâ.â.â.âgrey for Jeska. Jeska definitely has the storyline advantage, but if weâre talking one-shot impact at a con, I have to give it to Basandra. Both these ladies represent easily recognizable fantasy prototypesâwarrior-woman and dark angelâmaking these cosplays appealingly audience-friendly.

At first glance, weâre entranced by Elesh Nornâs massive headdress. Her high-contrast ensemble featuring saturated scarlet is going to turn heads anywhere. But I want to draw your attention to a downplayed feature of Dranaâs: those colorful insect wings on her back. Rules text: âFlying.â While vampire-with-butterfly-wings still isnât as overtly arresting as Eleshâs rib cage, itâs a detail that gives us mad creative play. The wings could be done half or completely unfurled, which might contradict the card art but would make the cosplay more striking as a whole. These both have high annoyance factors: Eleshâs over-eyes hat brim and waifish waistline; and Dranaâs pasty makeup and arm augmentationsâ.â.â.âbut these are great learning opportunities, too. Also, if done right, these unusual female characters will cosplay with a timeless, sculptural, serious-art gravity. 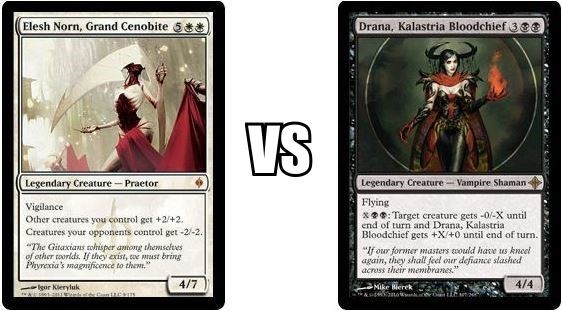 No holiday break this time, so the next round will post next week! Check back to see who makes it to the Championship bout in our cosplay ultimate fight.

Thanks for reading! Till next time, may Magic be your octagonal cage match.