Since I started working at a Friendly Local Game Store, I have gotten deep into the world of gaming. Magic: The Gathering has given me a community to be a part of, but I have been exposed to smaller micro-communities of gaming groups and larger ones of all-geeks-welcome spaces online. Everyone has a passion for something, be it Magic or Settlers of Catan or Crokinole, a game not unlike tabletop broomball. The thing that these people have in common is that they like sharing their love with other people. Magic players will talk for hours about Magic, Settlers players will host parties to have an excuse to start Settling, and Crokinole players will haul around a 4-foot in diameter playing board to share with their friends.

Say you have a friend, though, that doesn't play your game(s). They might know you play, or they might have casually mentioned the game out of the blue, only for them to find out that you play too! This question is sure follow: "Can you teach me?" Wizards of the Coast is working harder than ever to bring new players into Magic, and with things like the upcoming Magic Open House are trying to help you do the same.

Some people would rather play Monopoly by the rules as-written for two years straight than teach their best friend how to play Magic. The prospect is daunting. For some players, understanding the stack is hard enough without then having to explain it to someone without the experience of playing a few hundred matches. The teaching process also easily collapses into a mess of jargon and frustrating specifics. I've witnessed this first-hand. However, there are some things that you can do to convey the rules of the game while making the experience fun and easyâ.â.â.â for both of you.

These tips are drawn from experience teaching many games, not just Magic, as well as advice I have received over the years. That means that you can apply this to basically any board game you care to share with your friends!

The first thing I always do when teaching Magic is pick up a Welcome deck for each of us. These 30-card decks are one color, completely free, and designed by Wizards as a teaching tool for Magic. Ask your store for them! Each of you should have one. 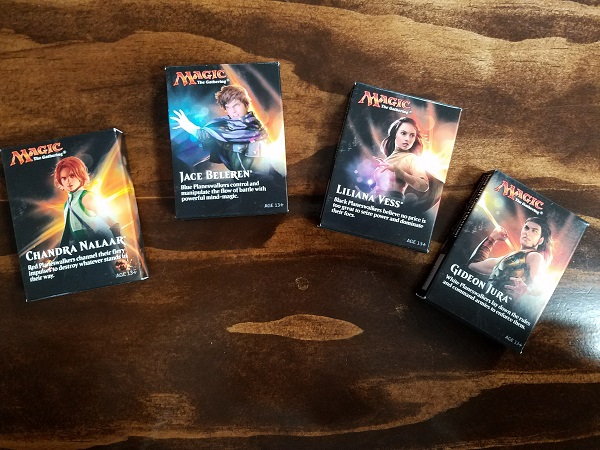 As an enfranchised Magic player, it is easy to project your own commitment to the game onto the person you are teaching. This is a mistake. Anyone learning Magic for the first time is as invested in Magic as I am in any Netflix series â if I don't find it interesting, I have no qualms about putting it down, maybe forever. Magic is not automatically exciting, so it is important to make things exciting for the person you are teaching. Get them invested in the premise that they have an army of creatures and a mind full of spells at their fingertips, and allow them to pick a deck that plays to their interests. Do they like the idea of an angel smiting folks with her glowing sword? The White deck might be for them. Do they like the idea of giant monsters crashing through primal forests? Shuffle up the Green deck. Richard Garfield's original premise of dueling sorcerers took the world by storm twenty-five years ago, so there's a good chance that it will work for your friend, too. 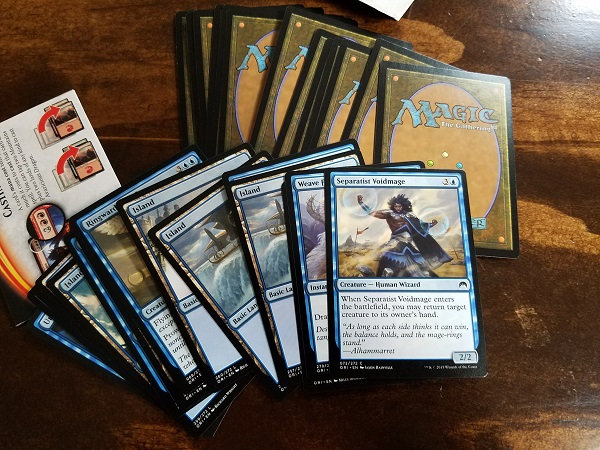 One of the first rules in sales is to put the thing you are trying to sell in your customer's hands. People are instantly attached to things that they are holding. With Magic, you can go a step further. Hand your friend a deck and tell them that this is their deck. They own it. Then, let your friend hold the cards as you explain the difference between creatures and lands. A Magic card, as a physical object, is a unique, interesting thing. Giving your friend a chance to touch and play with the cards before they even know what they are doing with them is a great way to create more interest in the game. Soon enough, they will be keeping a pile of cards at their desk to shuffle around when their hands aren't busy like the rest of us. All of us do that, right? 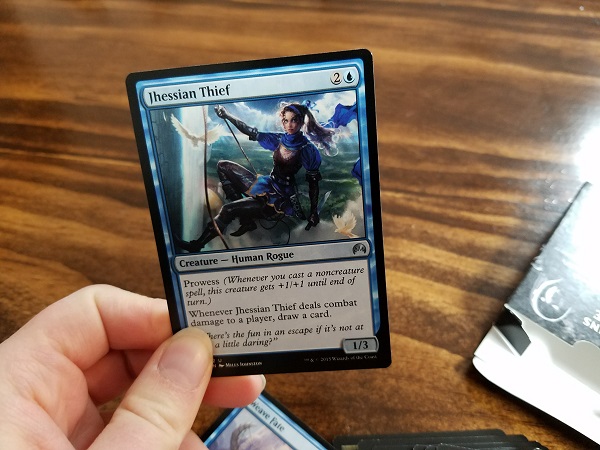 Before you start teaching, know what you want to say. Maybe you just want to cast spells and attack each other. Maybe you just want to tell your friend what each card type does. It's important to prepare for this like you would for a speech in high school; you don't have to give a great presentation but at least it should be organized. This will keep you from rambling about how busted Dredge is as a mechanic when all you meant to do was explain the draw step. Be flexible. Different people have different learning styles, so if your friend needs to learn a different way, be understanding. For example, some people will want to go through every card in their deck before they start, and some people will want to read through the entire rules sheet. Heck, they might even want to run a takesies-backsies after every play â let them!

The best way to teach Magic is to walk through one or more games with face-up hands. That way, when your friend is unsure what to do, you know what options they really have. However, it is very important for the first couple of games to completely throw out strategy. As Magic players, we have established a set of "if-then" scenarios we use as shortcuts in our everyday play. For example, if I attack with a small creature into your large creature, you will block and my creature will die and yours won't. So I won't attack with my small creature. If, before you made any action during the game, I took you through all of the if-then scenarios that are associated with that board state or spell, you would be bored to tears. Instead, let your friend form these shortcuts on their own. Even strategically-minded gamers won't need this sort of instruction. If they want to know what may happen based on a play, they will ask! Just keep it simple.

Remember that while you are trying to indoctrinate someone into a game that may be extremely important to you, you remember that you are still hanging out with your friend. If the time you spend together is usually relaxed, then teaching the Magic should be more relaxed too. There is a winner in this game, but the key is to have fun. If you find yourself or your friend getting frustrated, it might be time for a break. If they want to play a few more matches than you thought you should, do that.

Rather than putting your friend through a Karate Kid training montage, you are a host, welcoming someone new into your cardboard home. Keep in mind that you are drawing them into the world of your game by showing them how much fun playing can be, rather than prepping them for the big time. Get them invested by starting their collection with them. Let them take control of the learning sessions once they know the very basics. That is how you get other people to love the game that you love.